What Solutions are Best Built with Blockchain or NOT

The blockchain-based decentralization movement combines the revolutionary energy and brilliant minds of the fizzled turn of the 21st century P2P wave with 1000x the funding and investor welcoming of world-changing moonshots. But what do we do with that power? How do we ensure that the promise of the blockchain is fulfilled better than the promise of P2P – and even the promise of the internet, which turned from a tool of global information exchange that would free humanity to a way to share spam, fake news, and cat memes.

Obviously, not all solutions are a fit. No one is going to be building the next spreadsheet with blockchain. Rather, you need to focus on areas where one of the core strengths of the technology amplifies the value of the solution – or better yet, creates it in a place where centralized approaches are failing. And there are three categories of these:

Here are a few examples of places where the blockchain is in itself a direct improvement on other options. Even without the ICO funding mechanism, these would be solid, mainstream solutions deserving of startups with a strong growth trajectory: 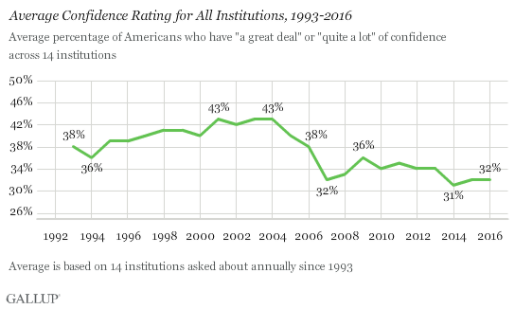 Remedying trust issues – you don’t need a blockchain to buy toilet paper from Walmart – we still have faith that no one is spiking it with poison ivy. Conversely, it is clearly useful in a low-trust environment – say, documenting an intellectual property transaction in a developing economy. But what is often missed is that trust in centralized institutions – governments, banks, non-profits, etc. – has eroded even in the Western world. And without that trust, there is friction – how can I give to a charitable organization if I can’t trust that my donation reaches the intended recipients? Should I pay more for something labeled “sustainable” if I don’t know whether the label is true? Centralized institutions have proven themselves inadequate to the task – corruptible and subject to regulatory captureso that they advance interests of incumbents instead of the public. Verifying the claims that we used to take on faith before is a prominent use of blockchain that should get more traction over time – provided the verification methods themselves can be trusted.

Serving people who care how the sausage is made — the blockchain is about the journey more so than the destination. If someone wants not just great content, but content that rewards the creator more than the publisher; not just a great device but a great device made under decent working conditions; not just a tuna sandwich but one from fisheries that don’t destroy ecosystems; not just a good community but one that is democratic and self-governing, then they’re going to care about the nuance blockchain brings. But not all people care – or care enough to make it a material part of their decisions. For the last decade, we’ve asked enterprises to add corporate social responsibility to their technology buying decision scorecards – and yet most still weight it at under 5% of total importance – far behind things like cost, risk, and technical design.

Managing complex attributes and provenance —if you’re selling uniform bricks that are all baked in one kiln, you’ll have a boring blockchain. But diamonds mined across the world or produce grown on dozens of farms and then merged into one supply chain can benefit from the extensive datasets tracing their origins and quality.

The Risky and Controversial

Along with the clear-cut cases where blockchain-based solutions will thrive, there are three broad categories of solutions where the jury is still out – with higher risk not necessarily creating a bigger reward:

“Stick it to the man” – the are gray-zone use cases centered on evading financial, tax, or intellectual property restrictions. Think bitcoin’s shady history on the dark web or ICOs built to dodge the SEC’s definition of what a security is. Just as Napster and Kazaa hurt the P2P industry’s credibility even as they brought it to mass attention, the adoption and success of these may do more harm than good.

“It’s a feature, not the product” – There are areas where the blockchain creates a small marginal improvement – a feature to improve a marketplace or online game, or payment system. But there is a very real question of whether marginal improvements that are not core to the value of the solution can be big enough to displace a powerful status quo – and whether the effort is worth it. For example, maybe a blockchain-based MMORPG can create a better user experience or involve players more in the governance. But these attributes are secondary to story, graphics, gameplay, stability, and many other attributes driving adoption.

Collectability and uniqueness – full disclosure, I don’t own much original art by anyone particularly famous, and my replica of Flaming June gives me 99% of happiness that owning the original would (and the 1% is directly tied to the prospect of selling it). So maybe I just don’t get the thrill of exclusivity. Yet creating exclusivity seems 180 degrees opposed to the ideal that drives technology revolutions – that information wants to be free, and it is by tearing down walls around content, not building them, that we advance as a creative civilization.

And the last category is where we can genuinely feel excitement about not just the equivalent of a better way to order a stapler in our bathrobe but something that can truly change the way that everyone lives. Here are some examples:

Rebuilding the shattered shared truth – with the proliferation of fake news and the revival of skilled state and non-state propagandists, we have lost our ability to base debates and collective decisions on a shared set of facts. But just as the provenance of diamonds or produce can be tracked via the blockchain, so can the provenance of facts, replacing the mom-and-pop operations like Snopes that are the last dike holding back the tide of misinformation and relativism.

Supplanting states with communities – while Neal Stephenson’s Snowcrash and the Diamond Age may not have been intended as utopias, it’s very possible that phyles described in these books – communities of people with shared values – can be a significant improvement on the traditional nation-state. I may have more in common with someone in Congo or Hong Kong than I do with my next-door neighbor. If I could form a virtual country with them and decide on shared governance coming from a shared set of values, a lot of the acrimony of geography-based politics – and the oppression that people feel from being governed by leaders they don’t respect – could be eliminated.

Universal basic income in the post-work world – we are rapidly approaching the point where machines are better than the vast majority of humans at producing value. However we retain an ethical system that prizes work, and an economic system that rewards it even when that work is superfluous. The challenge of what to do with 6 billion technologically unemployed people may be the defining problem of the 21st century – and blockchain can create answers in finding new ways to provide rewards outside of the market economy. Perhaps we can move from rewarding work to rewarding learning, creativity, kindness, and other virtues that can’t be tracked well enough today. Or we could even create a fraud-proof universal basic income – supported not just by various leftists but championed by Milton Friedman and almost signed into law by Richard Nixon.

Up Next: What Stands in Our Way

But a dream plus funding does not equal success. Keep an eye out for a future post, in which I’ll cover what stands in the way of success for the blockchain community, especially in reaching its moonshot goals.