Amazon Proving The Power Of Bricks And Clicks

Brad Thomas wrote this article and it previously appeared on Forbes. 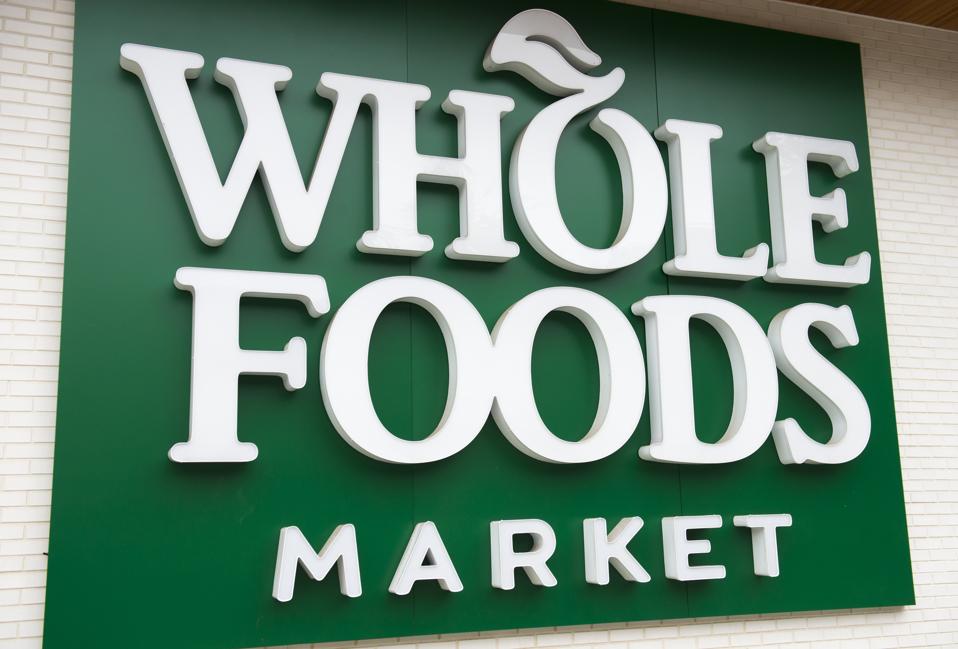 A Whole Foods Market sign is seen in Washington, DC, June 16, 2017, following the announcement that Amazon would purchase the supermarket chain for $13.7 billion.Amazon is once again shaking up the retail sector, with the announcement it will acquire upscale US grocer Whole Foods Market, known for its pricey organic options, in a deal that underscores the online giant's growing influence in the economy. / AFP PHOTO / SAUL LOEB (Photo credit should read SAUL LOEB/AFP/Getty Images)

Today the market sent shock-waves across the retail sector after Amazon (AMZN) and Whole Foods Market, Inc. (WFM) announced they had entered into a definitive merger agreement under which Amazon will acquire Whole Foods for $42 per share in an all-cash deal valued at $13.7 billion.

The deal took almost everyone by surprise, especially the grocery market chains that have been trying to tap into the e-commerce mousetrap that has been the secret to Amazon’s data mining dominance.

Shares of Target (TGT), Wal-Mart (WMT), and Kroger (KR) got hammered after the news, on the fears that the dominant disruptor will soon become a competitive threat in the brick and mortar sector.

As I explained in the latest issue of my newsletter, Forbes Real Estate Investor, Amazon is inching into the brick and mortar space by opening smaller (4,000 square foot) bookstores, but now the Seattle-based company is hoping to disrupt the brick and mortar sector by “sleeping with the enemy”.

Most were not expecting such a bold move by Amazon , the nemesis for most all retailers, discounters, and grocers.

Most every retailer has been trying to perfect the e-commerce blueprint to compete with Amazon, but nobody suspected that the Seattle giant would launch a radical assault by acquiring a brand-name high-end grocery chain with 456 stores in the US (436), Canada (11), and the United Kingdom (9). Whole Foods also owns three distribution centers.

It’s ironic that Amazon, the disruptor for everything “brick and mortar”, is now forging a path to compete directly with other storefront retailers. In a press release, Jeff Bezos, Amazon founder and CEO explained,

Millions of people love Whole Foods Market because they offer the best natural and organic foods, and they make it fun to eat healthy. Whole Foods Market has been satisfying, delighting and nourishing customers for nearly four decades – they’re doing an amazing job and we want that to continue.

As long suspected, Amazon has realized that brick and mortar real estate is a powerful and necessary component of brand awareness and local distribution, while also a wonderful showroom for new technology and products. Apple first demonstrated that physical stores, coupled with great products, can help increase sales geometrically. Amazon is following suit.

The Whole Foods deal validates the fact that Amazon will grow its brick and mortar presence beyond bookstores and convenience stores, Lauren Thomas with CNBC recently wrote,

Just look at Amazon.com, which is now making forays into the brick-and-mortar space and inking deals with real estate investment trusts, or REITs, to open stores.

Amazon has now inked a big deal and as Floris van Dijkum, REIT analyst with Boenning and Scattergood, Inc., explains,

AMZN proved what most REIT management teams have been saying for some time. Successful retailers have to pursue an Omni-channel strategy and real estate is key. The best quality real estate with the highest sales productivity should thrive as successful retailers want to drive sales and inventory turnover.
REITs generally own the best space with approximately 80% of the A malls in the US owned by the public companies. We estimated the public strip companies own approximately 19% of the high quality open air space.

David Bujnicki, Senior Vice-President at Kimco Realty told Forbes that “it justifies what we have been saying for quite some time, that the physical brick and mortar store is not going away, it is just evolving. When you look at all the stats by our retailers who are omni-channel, it is clear that you need both to best serve the customer.”

All of the Shopping Center REITs traded down on the news (average -3.8% at market close), but as Dijkum explained, “Ironically, Regency Centers which is the largest grocery anchored strip owner as well as largest landlord to Whole Foods sold off following the news as investors believe Amazon will pressure margins for the competitive US grocery sector.”

Wing Biddle, CEO of Urstadt Biddle told Forbes that “Amazons resources will make Whole Foods the strongest grocery store chain and I would expect would lead to a strong expansion by them. While this is bad news for many grocery chains it will be good news for landlords who have prime sites to accommodate this expansion.”

Biddle summed it up,

Amazon did not buy Whole Foods to put them out of business with home delivery of perishables. They bought them because they know a physical store network is the requirement to be in the food business. While this change is unnerving for grocery anchored center owners I think it's actually good news. If you have good real estate then you will be OK.

Amazon is buying 456 prime real estate storefronts from Whole Foods that will serve a valuable place setting for the Seattle-based company. The $13.7 billion deal proves the fact that brick and mortar is an equally important part of the shopping experience, and that survival of the fittest applies to clicks and bricks.

In an interview with CBNC, Ross Levinsohn former CEO of Yahoo, Inc. says no sector is safe from Amazon. “Are cars off limits to Amazon” What if they bought UPS.”

Who knows, but one thing is sure, real estate is the glue that holds everything together – the cloud (i.e. data centers), the UPS fulfillment center, and the Apple store. Amazon is recognizing that to build a successful mousetrap, the blueprint must include REAL ESTATE.

I'm editor of Forbes Real Estate Investor, coauthor of The Intelligent REIT Investor (Wiley/Forbes) and author of The Trump Factor: Unlocking the Secrets Behind the Trump Empire .

It’s important for me to dig deeper into the various Health Care REITs, to determine the catalysts that could move the values into normalized trading levels. Many Health Care REITs have underperformed year to date, and by adhering to more granular research, I am confident that I will be better

I just finished up REITWeek 2017 in New York City, and I decided that I would write an article to summarize my collective feelings surrounding the conference and the REIT market in general.