Beelman’s Pub, a Los Angeles-based gastropub famous for its menu of oysters, burgers, and hot wings, has gone entirely plant-based as of Wednesday, November 9th. Beelman’s has been a staple of those looking to for elevated pub food and a drink since opening its doors on South Spring Street in downtown Los Angeles in 2014.

Reported by TimeOut LA, the sudden switch doesn’t come as much of a surprise. Artisanal Brewers Collective, the organization that acquired Beelman’s earlier this year, already owns a number of plant-forward bars in town.

The pub’s new menu fuses American pub food with Asian flavors. Regarding the new menu, Beelman’s chef Caroline Concha told TimeOut, “I am thrilled to bring a redefined plant-based pub experience to Downtown L.A., creating a casual environment where both the beverage program and plant-based fare can share the spotlight. The menu at Beelman’s is entirely original and puts unique, vegan cuisine at the forefront where it belongs.”

With plant-based burgers that look, cook, and taste like meat slowly making their way to the menus of meat-heavy restaurants across the United States and more Americans than ever before reducing their meat consumption than ever before, indeed, it is an exciting time for plant-based food.

What’s on the Menu?

So, what’s on the all-new Beelman’s Pub menu? Check out some of the tantalizing options below. 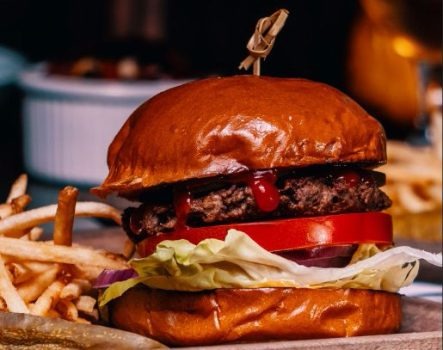 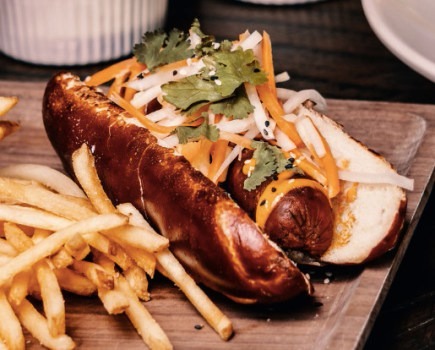 We can only imagine that Beelman’s customers, whether they are plant-based or new to vegan food, are as impressed with the new menu as we are.

We also highly recommend downloading our Food Monster App, which is available for both Android and iPhone, and can also be found on Instagram and Facebook. The app has more than 8,000 plant-based, allergy-friendly recipes, and subscribers gain access to ten new recipes per day. Check it out!

Looks like we have a new spot to try next weekend in LA!

I can't wait to try this spot, thanks for sharing!

There are two types of plant-based restaurants: those that are trying to cater to the widest palate and customer constituency, and those that find a concept that works and run with it.

Whole Foods will offer vegan 'sushi' with a raw tuna substitute. We tried i

The chef, who has worked at Wine Spectator Greystone Restaurant in Napa Valley and Le Foret in New Orleans, decided to do something about fish sustainability.

Kristen Bell may no longer be a strict vegan but she still supports the lifestyle.