Baltimore, the Real Reason You Get No Respect: Earth Day Photo Essay

Every day is Earth Day in my mind, but as we prepare to pay some meaningless homage to the environment on Sunday, April 22, I felt compelled to go out and document the devastation that is happening in Baltimore by Baltimoreans.

Here's a pictorial of how unholy Baltimore has become. It's not because drug dealing gangs have internecine conflicts. That's a problem, no doubt, but that's just one outcome of treating our homes like trash cans. We are living in a junk pile of our own making. No wonder we treat each other like garbage.

These photos are a small but representative fraction of the city of Baltimore (and surrounding areas). I took these photos over the last few weeks. These are roads I travel pretty much every week. And just so you don't think I hate my own city, below are pics that document how nice this city can be when community members clean up after themselves and their neighbors. 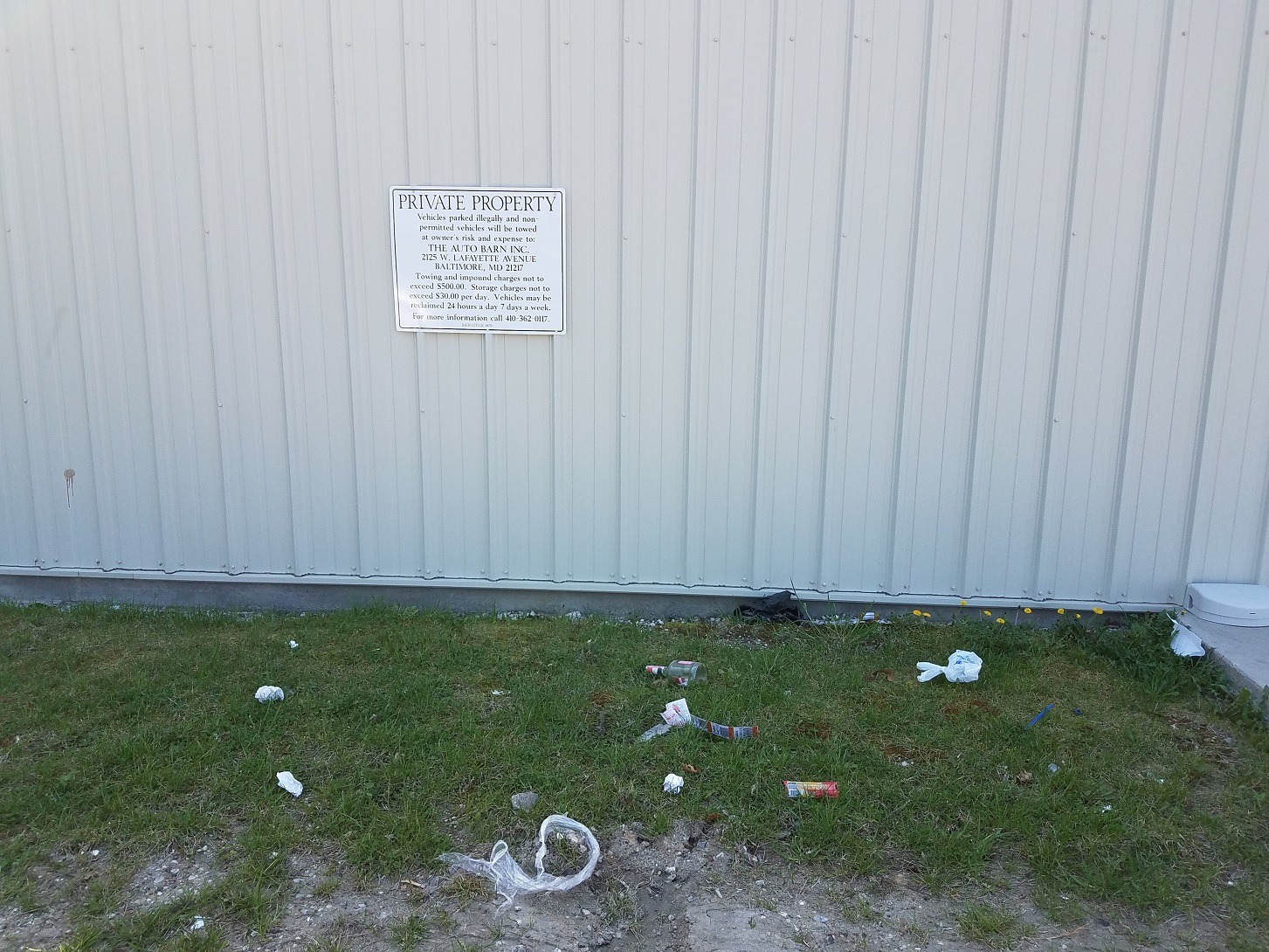 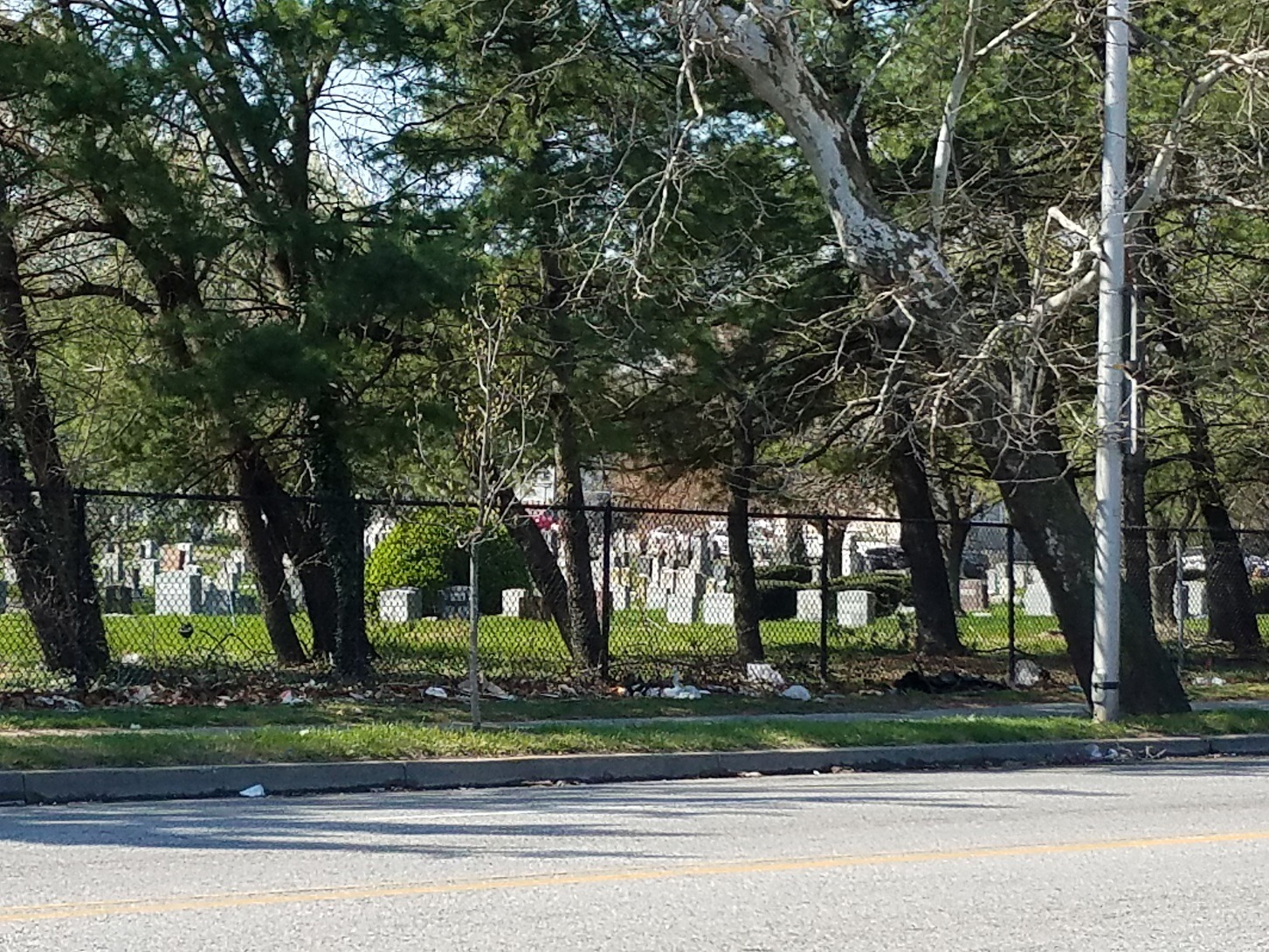 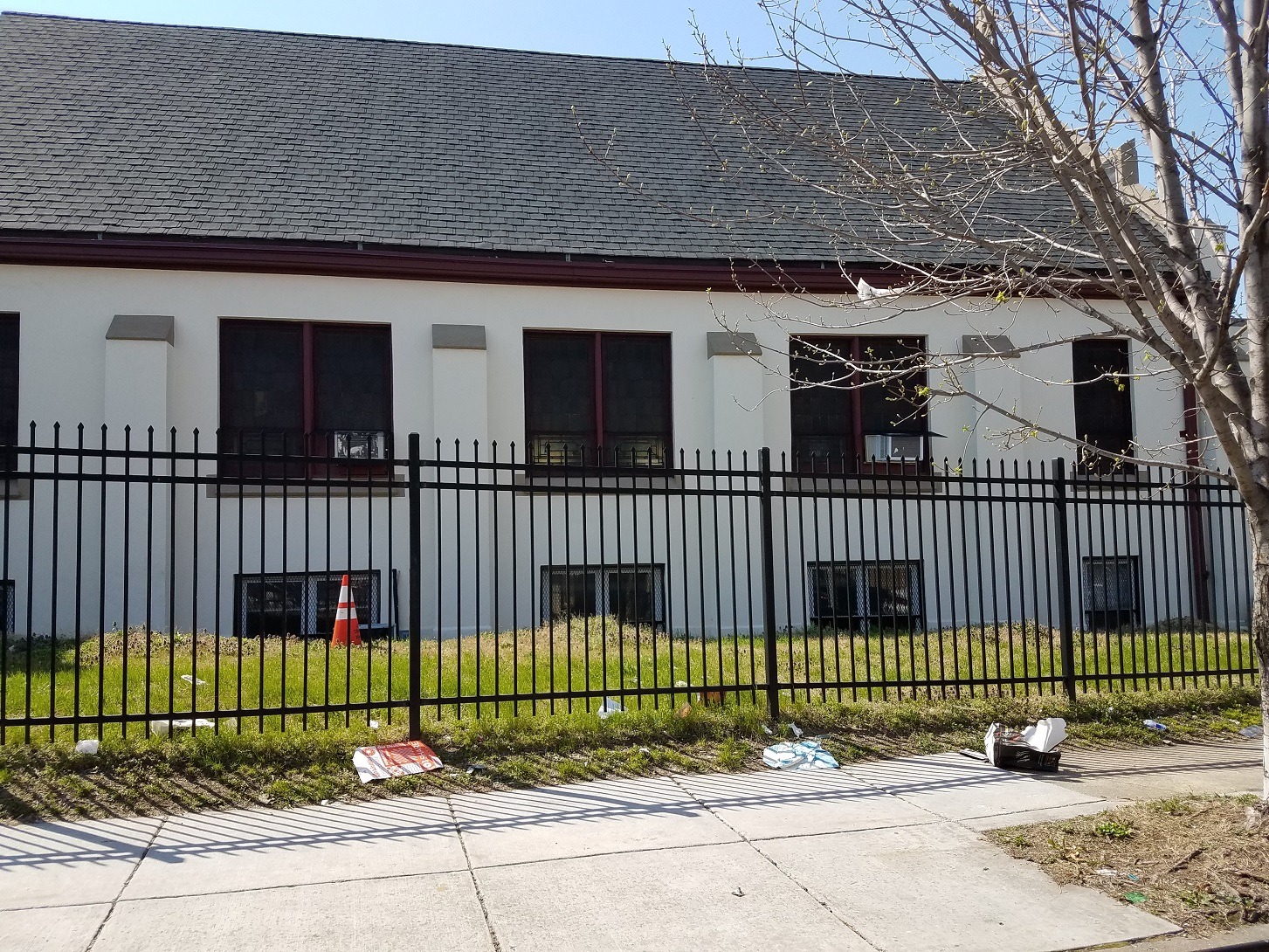 I see this happen all the time where I live, which is otherwise a lovely water-oriented community surrounded by tributaries leading to the Chesapeake Bay: About every four to six weeks, a small crew of caring locals goes out and cleans the streets of debris carelessly tossed by our so-called neighbors. The next day there's more trash on the side of the road.

I don't understand the mentality of people who toss their trash on the ground. Forget a minute about how disrespectful to your neighbors you have to be to treat their yards like a dump (that includes people who don't pick up after their pets, I mean, seriously, you're literally leaving crap on your neighbor's yard. That's a fine "how do you do?"). But what does it say about the kind of person these polluters are that they are so careless or negligent or even PROUD of their filthy actions (about three weeks ago, I watched a woman energetically "spike" her take-out coffee cup on the sidewalk and then go sit on her stoop six doors down from where she tossed her trash)?​ 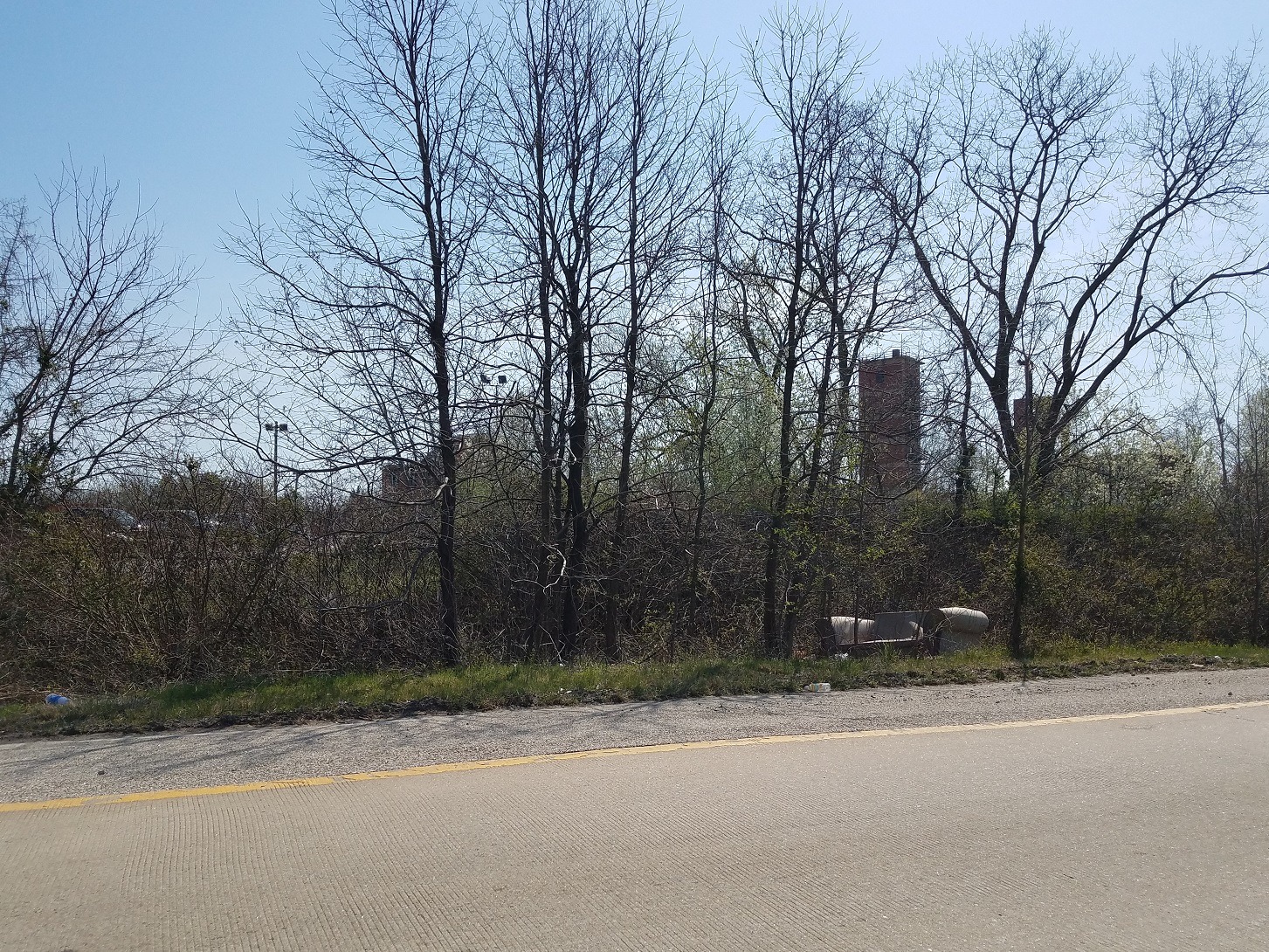 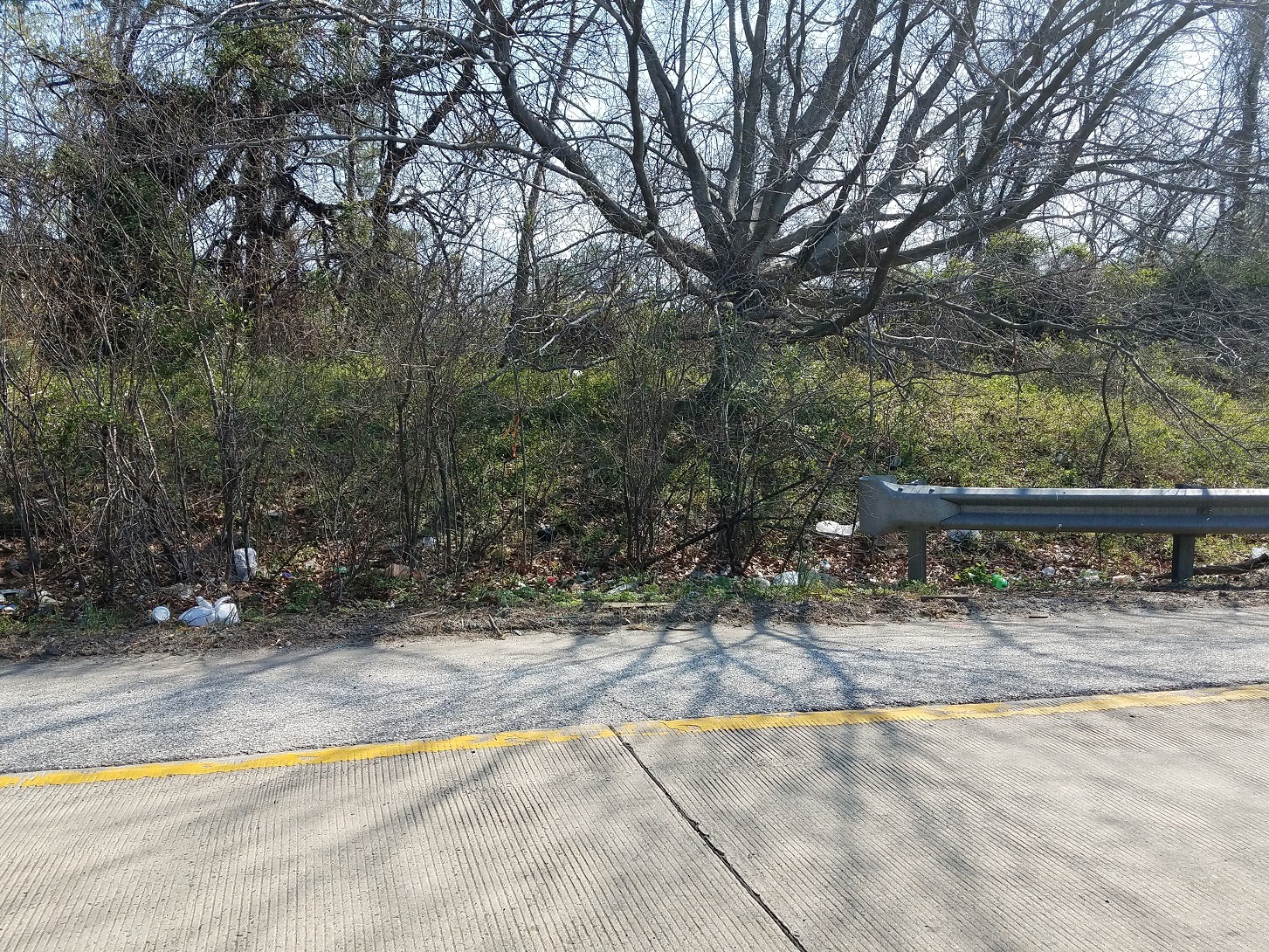 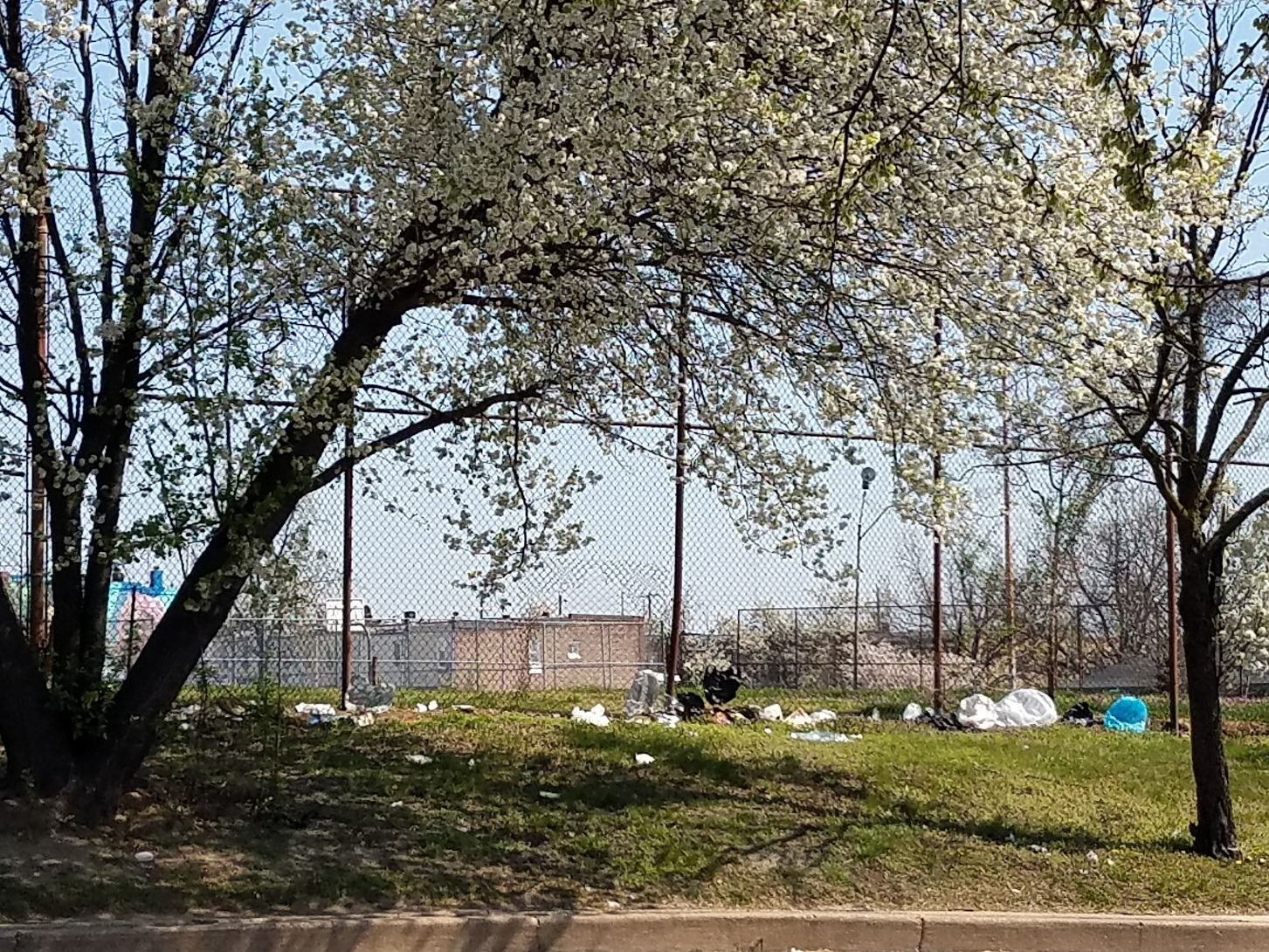 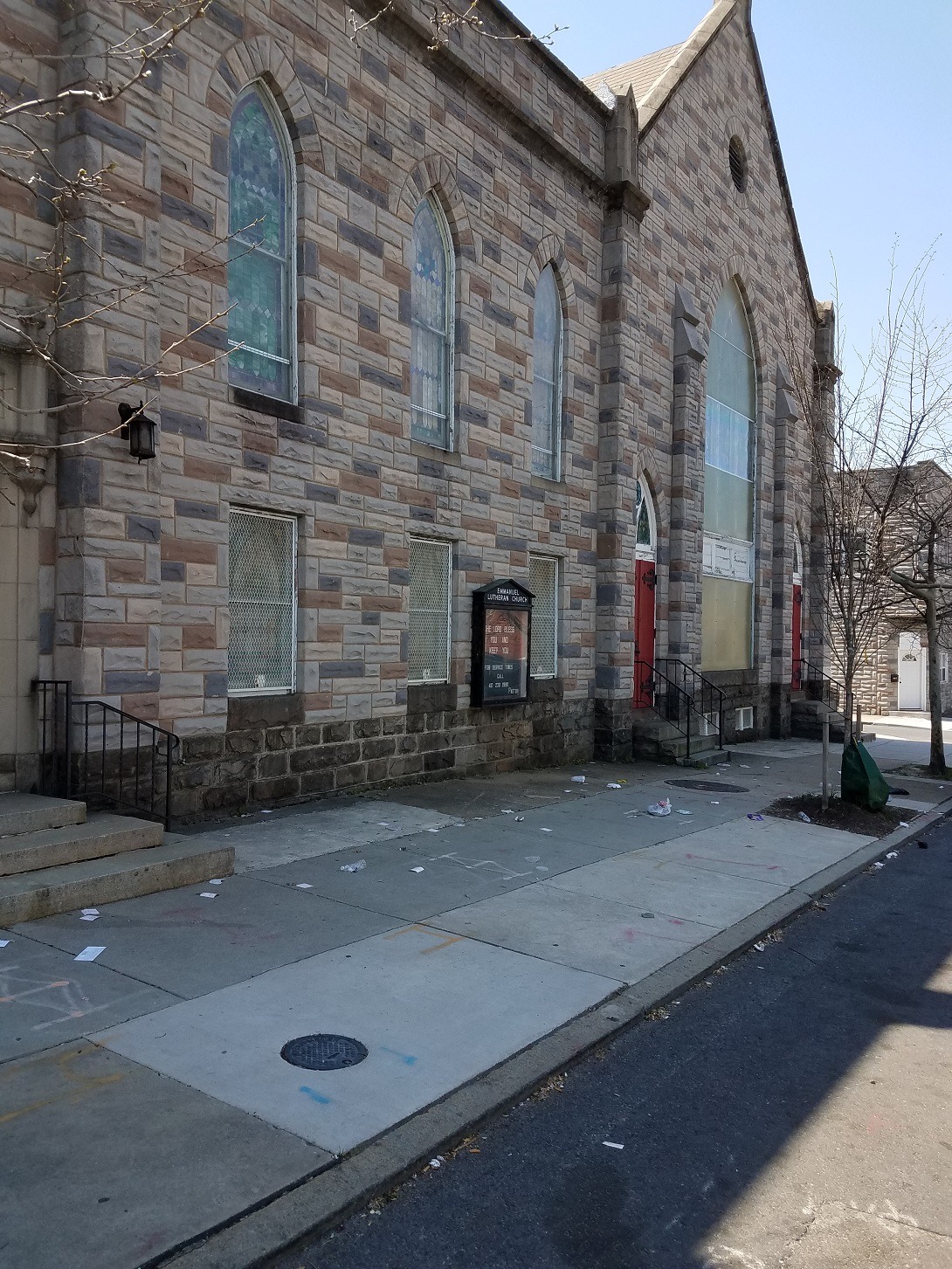 This problem is EPIDEMIC in Baltimore, and it's disgusting, and the underlying political climate in which we find ourselves in 2018 further aggravates this problem because we've devolved to a place in which society has zero expectation that people take responsibility for their own actions or use sound judgment or pay regard to the boundaries of common decency.

We are losing our dignity, and worse our humanity, because of this notion that we have no authority or jurisdiction or "place" to call out our fellow citizens when they do crappy things like toss cigarette butts from their car windows or drop their McDonald's bags (for instance) on the side of the road.

Hey, guess what? There is such a thing as victims in "victimless crimes." It is society as a whole. And if you believe that tolerance of small infractions doesn't lead to larger crimes, you are part of the problem. How dare you excuse bad behavior just because no one was physically attacked? This is how we end up with a murder rate that is treated as a novel statistic, or how members of a police department become part of the criminal enterprises they're supposed to protect us from (as happened in Baltimore). This is why people turn up their noses when thinking of Baltimore as a travel destination. It starts with ignoring simple but intolerable behavior. 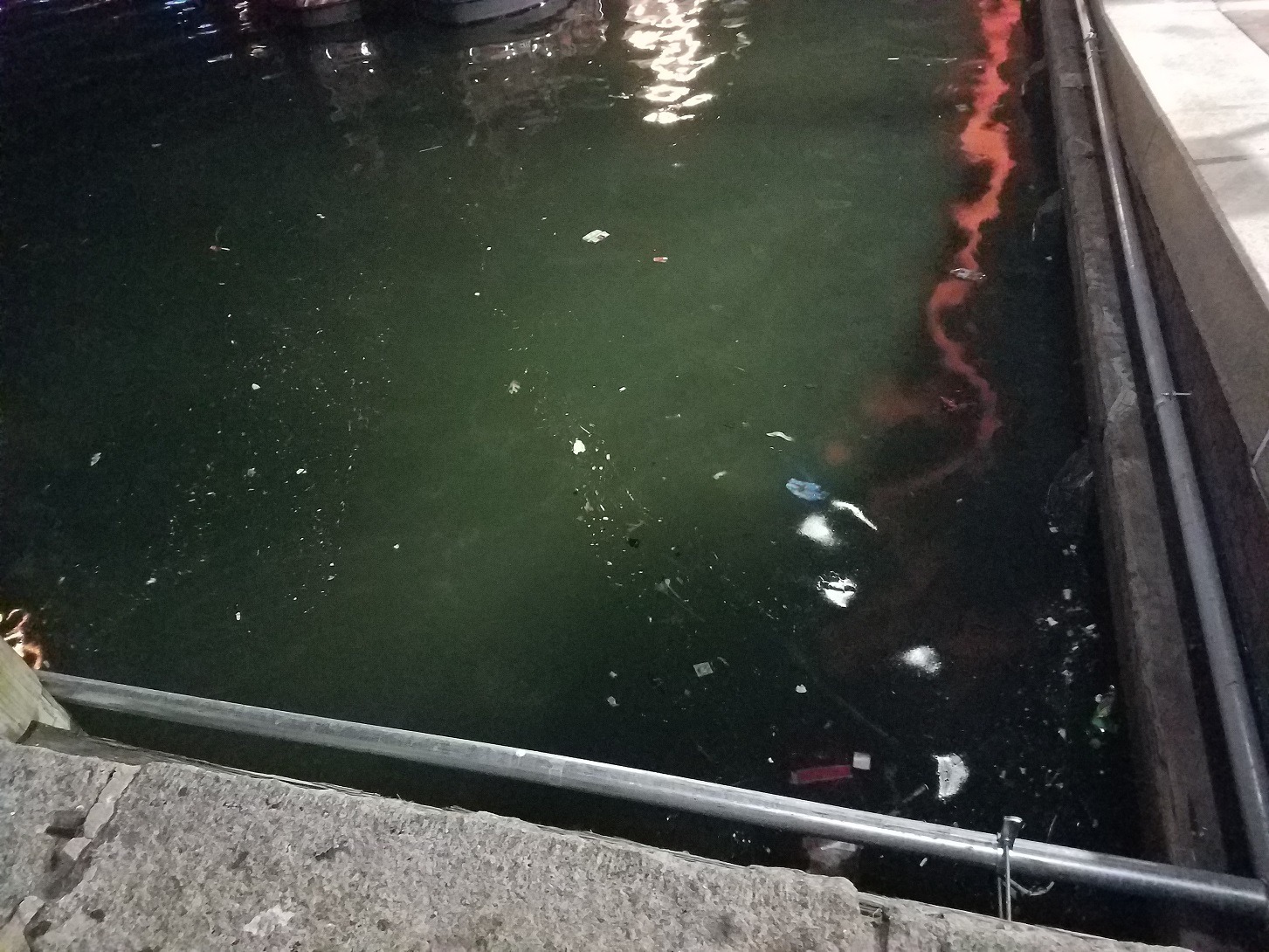 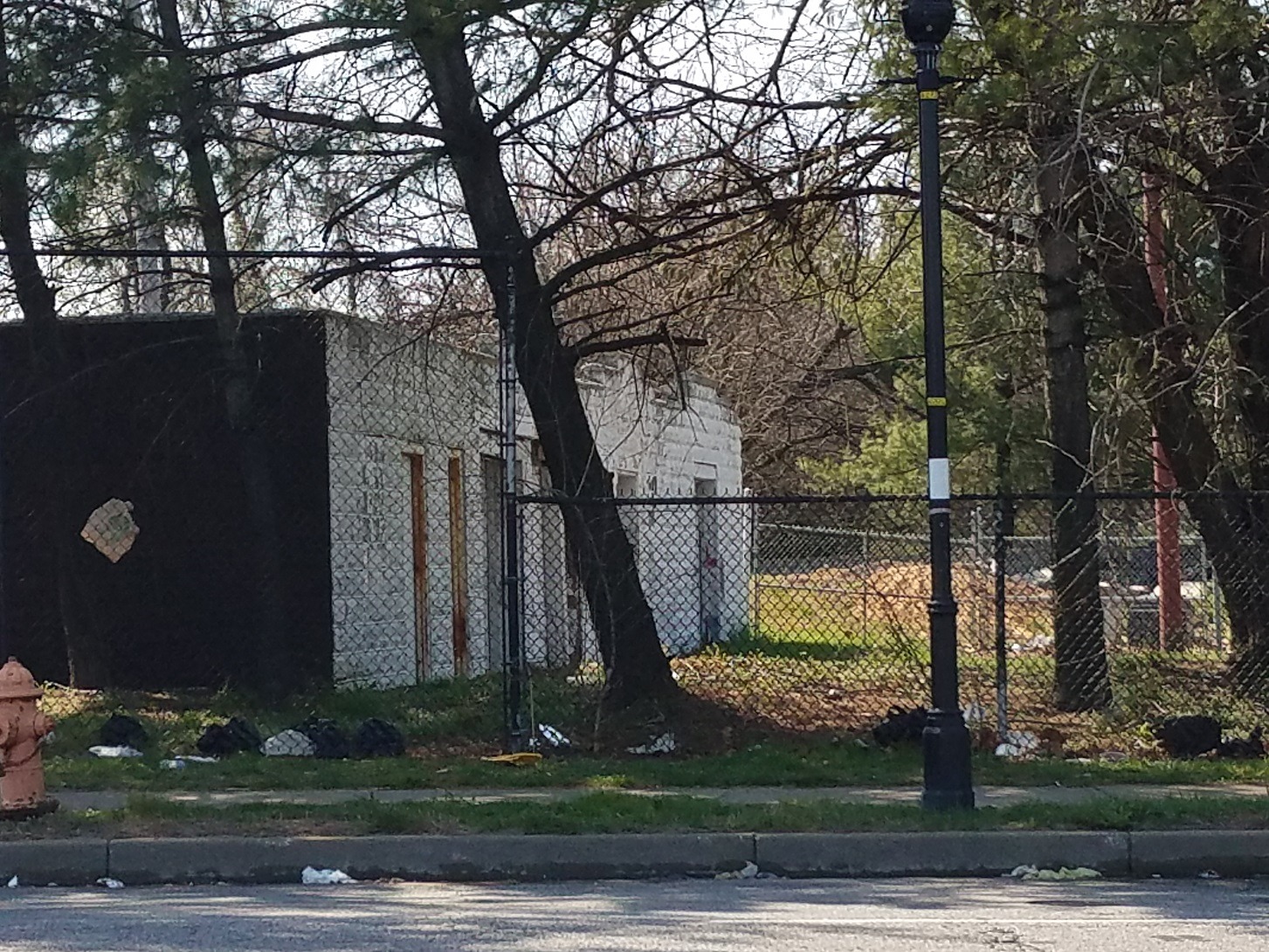 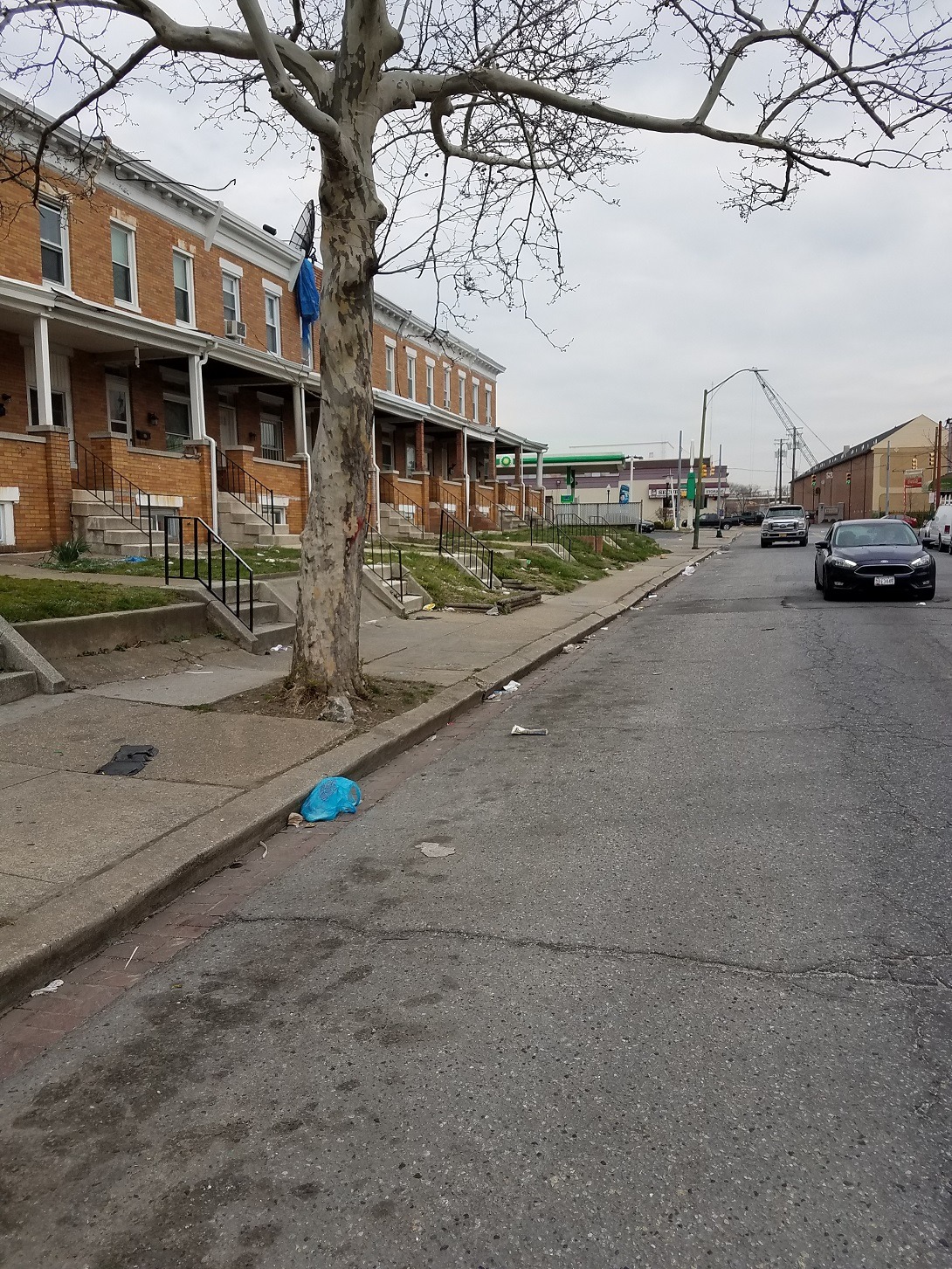 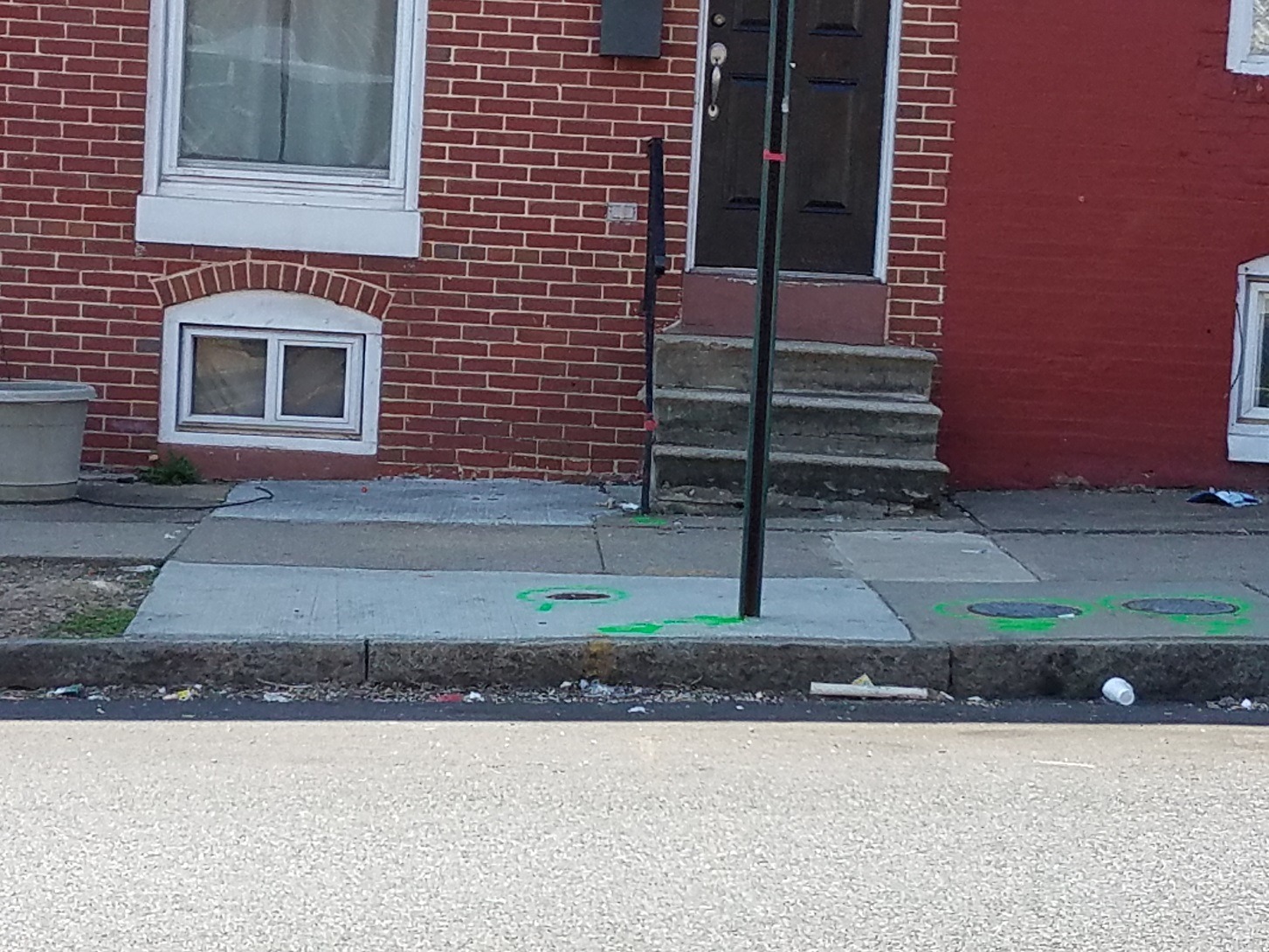 We all have a responsibility to each other, and it starts with being conservators of our environment. You think I'm understating it? Imagine being a child whose mind wanders in class and looks out the window to see some of the garbage documented in these images. What lesson does that child learn? Easy. That our actions have no consequences. That is wrong.

Wise up. Stop littering. You're ruining your life and everyone else's. 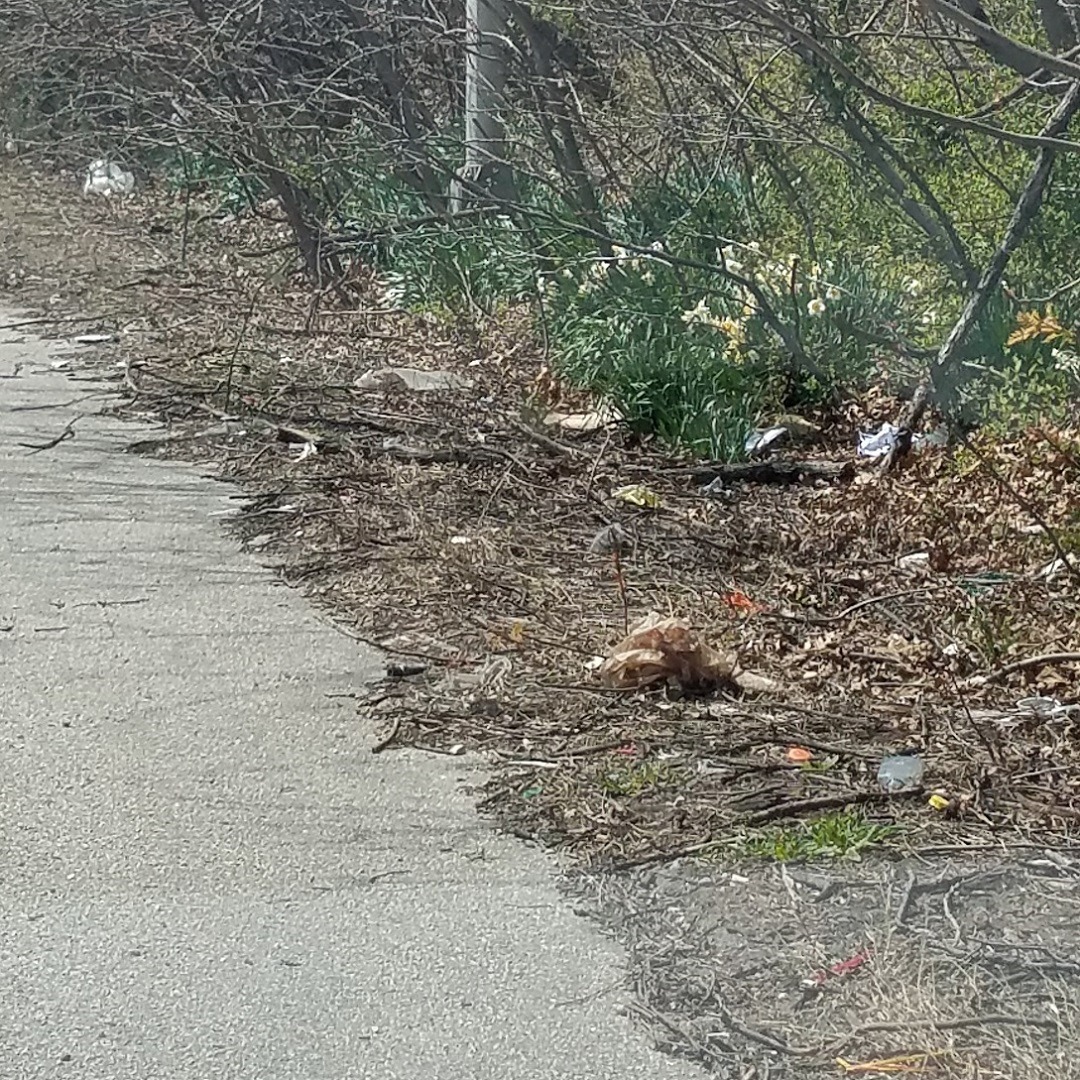 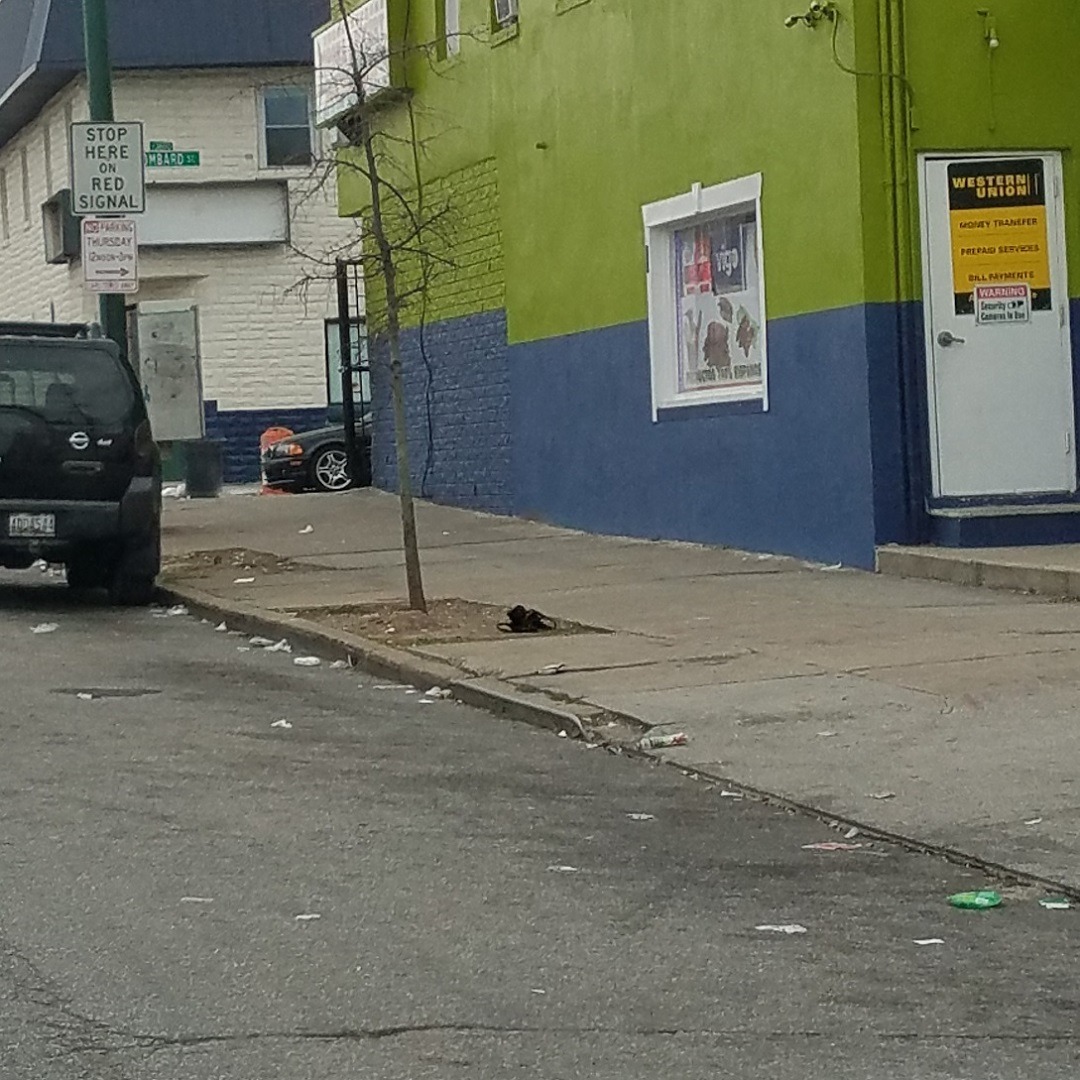 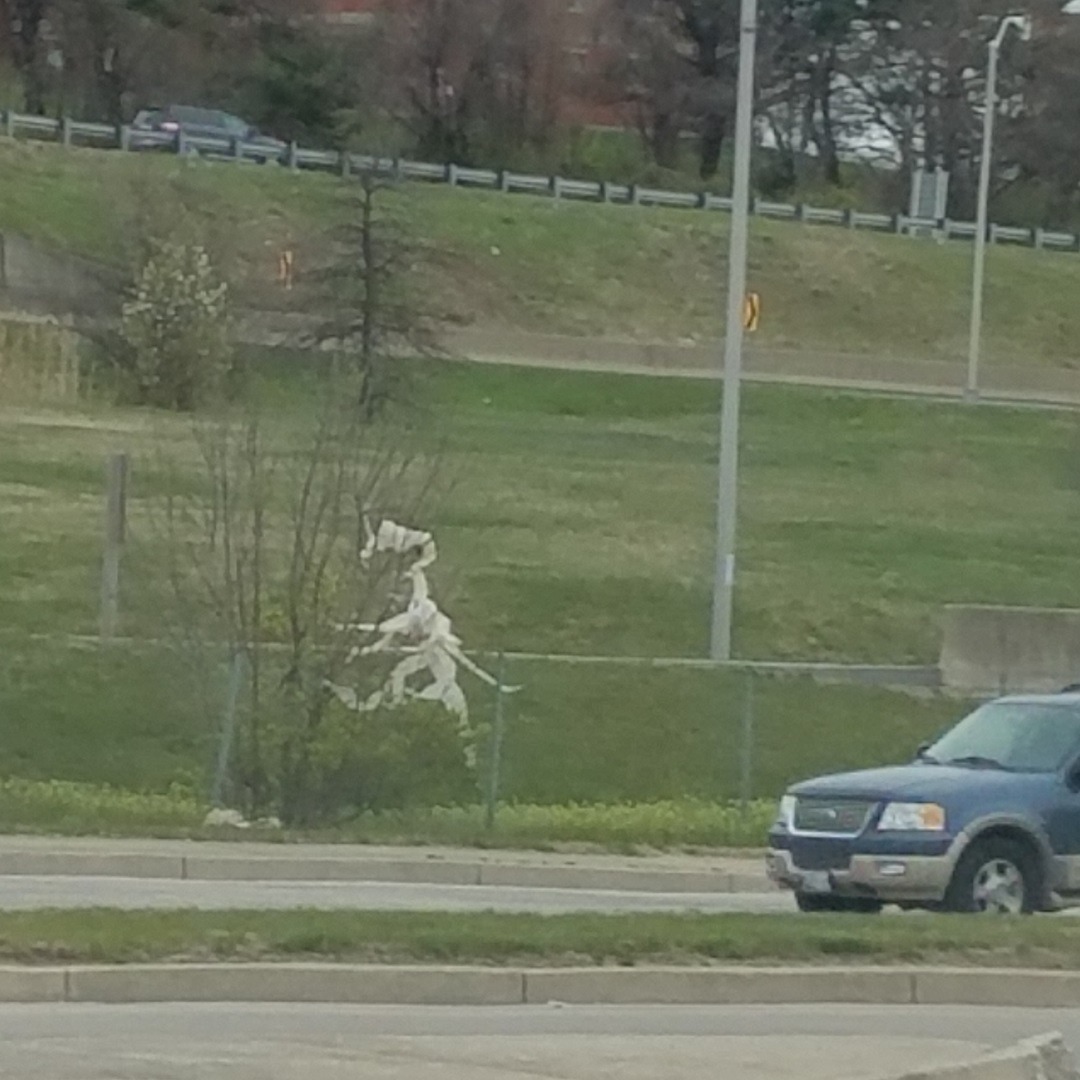 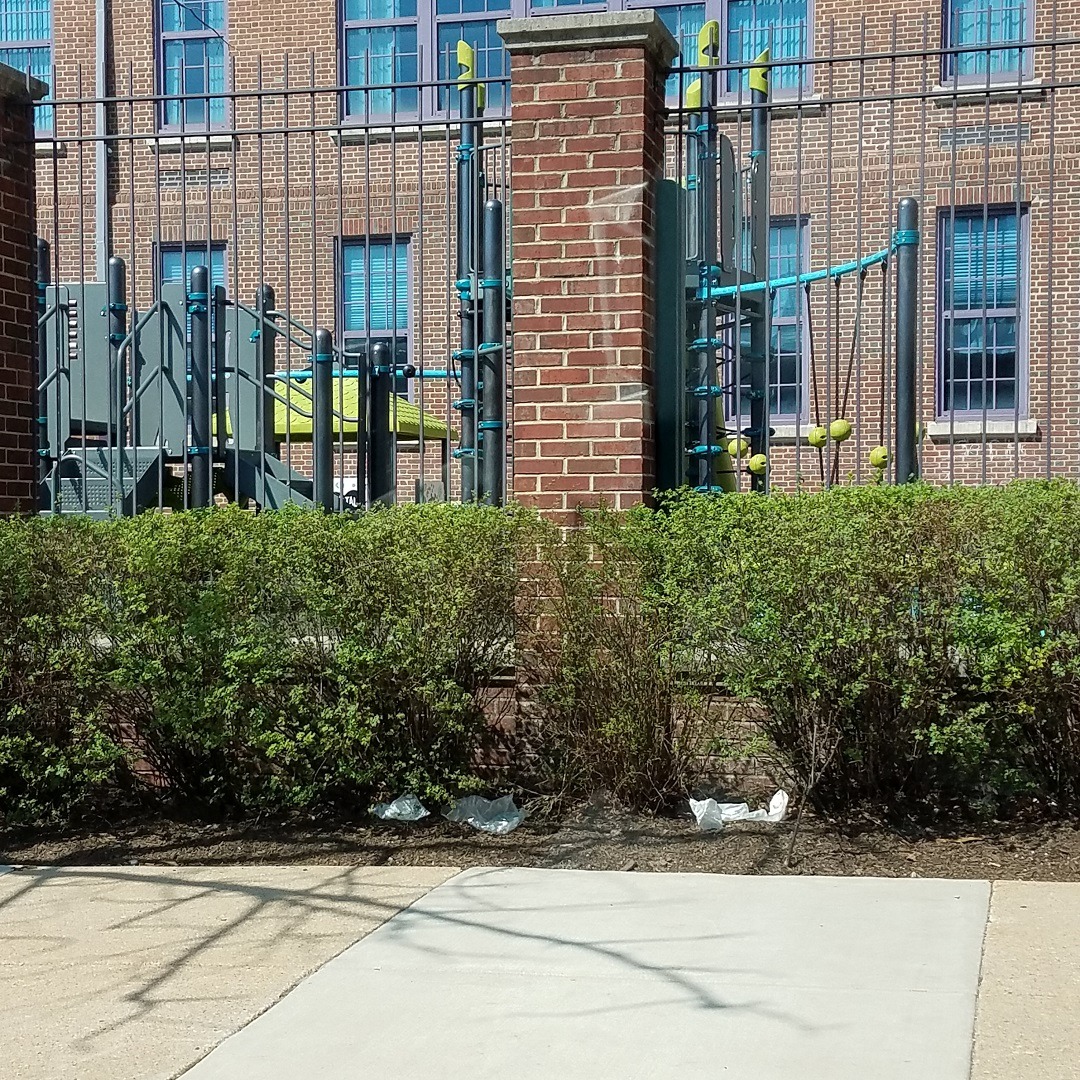 Pretty scenes. There's even trash in some of these photos because it's inescapable around here: 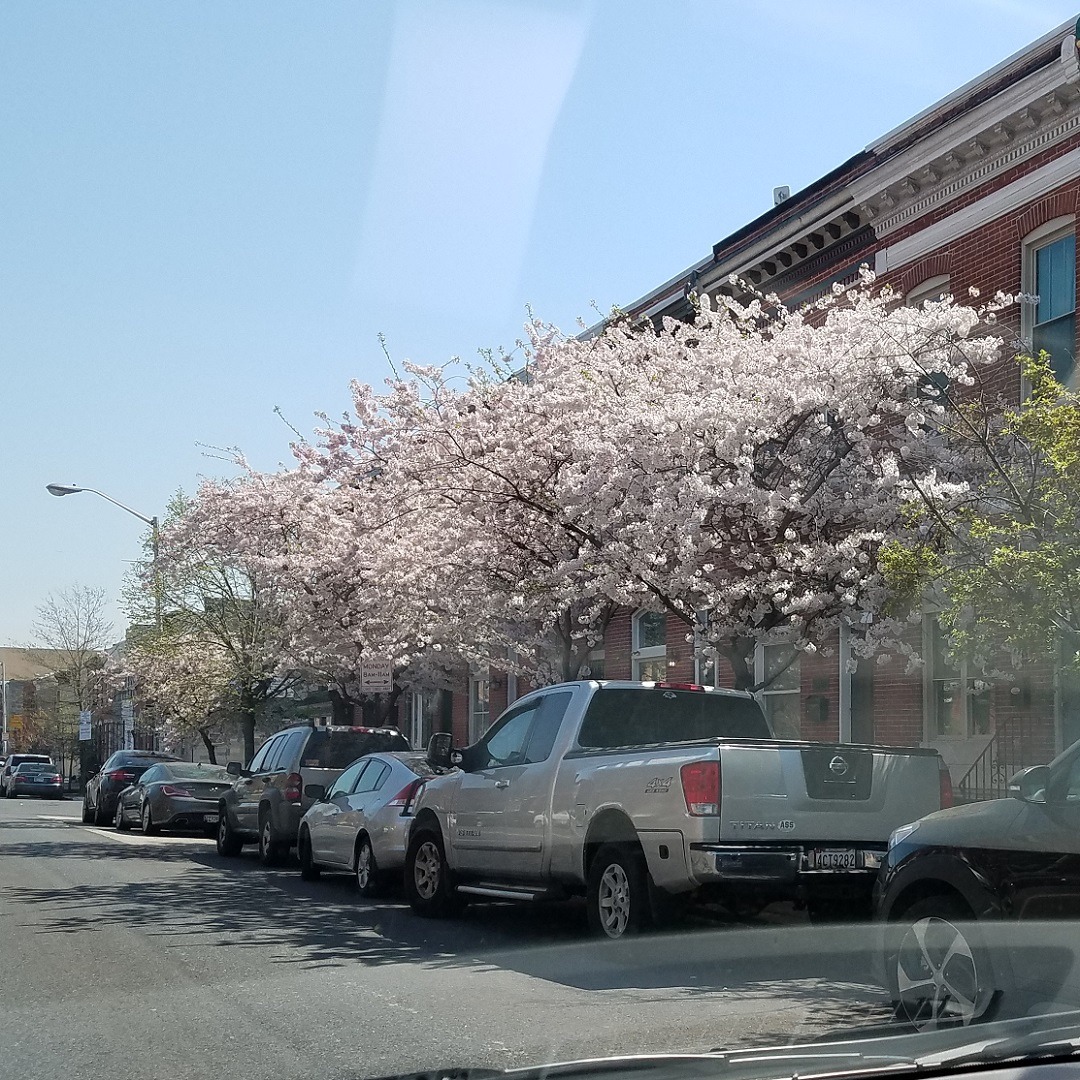 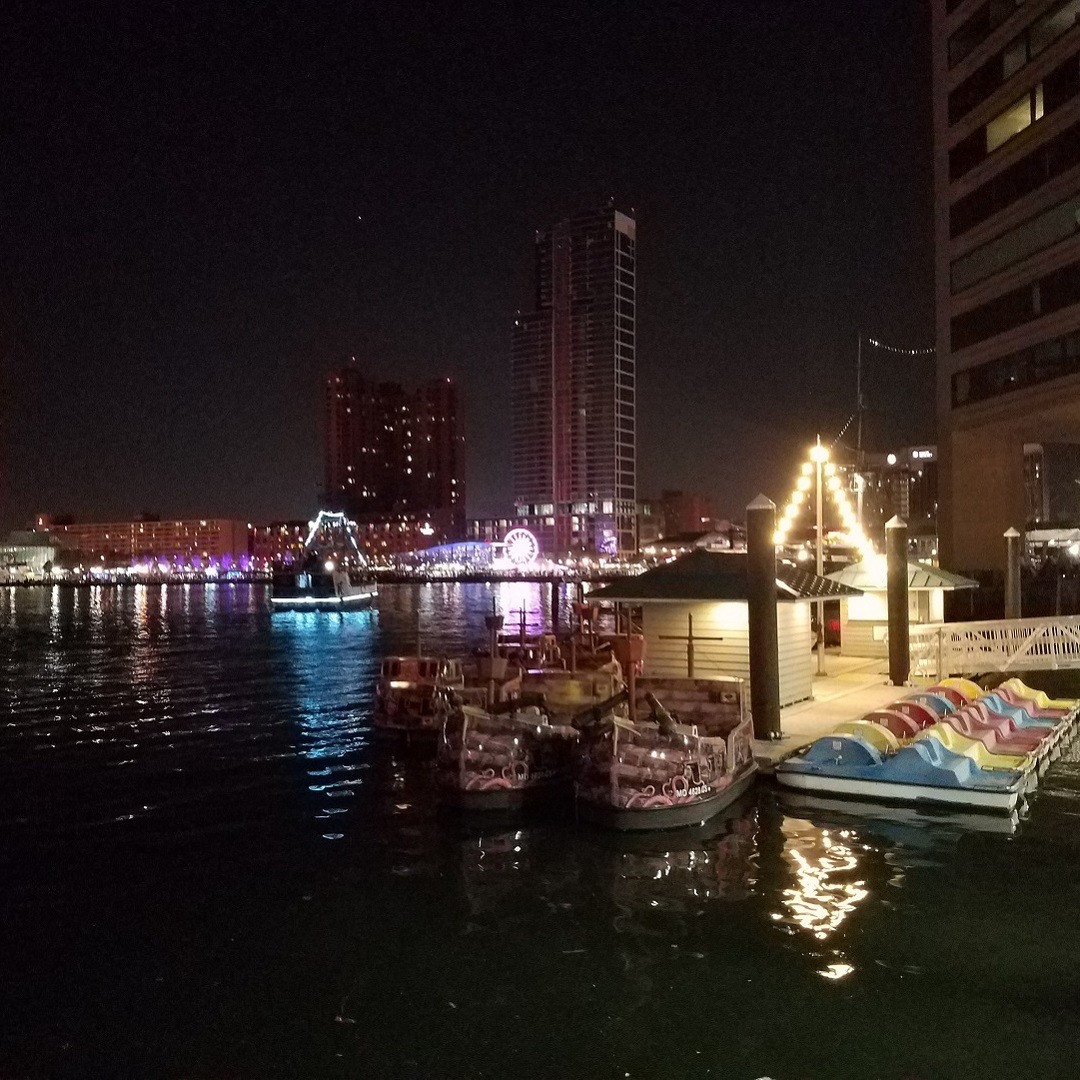 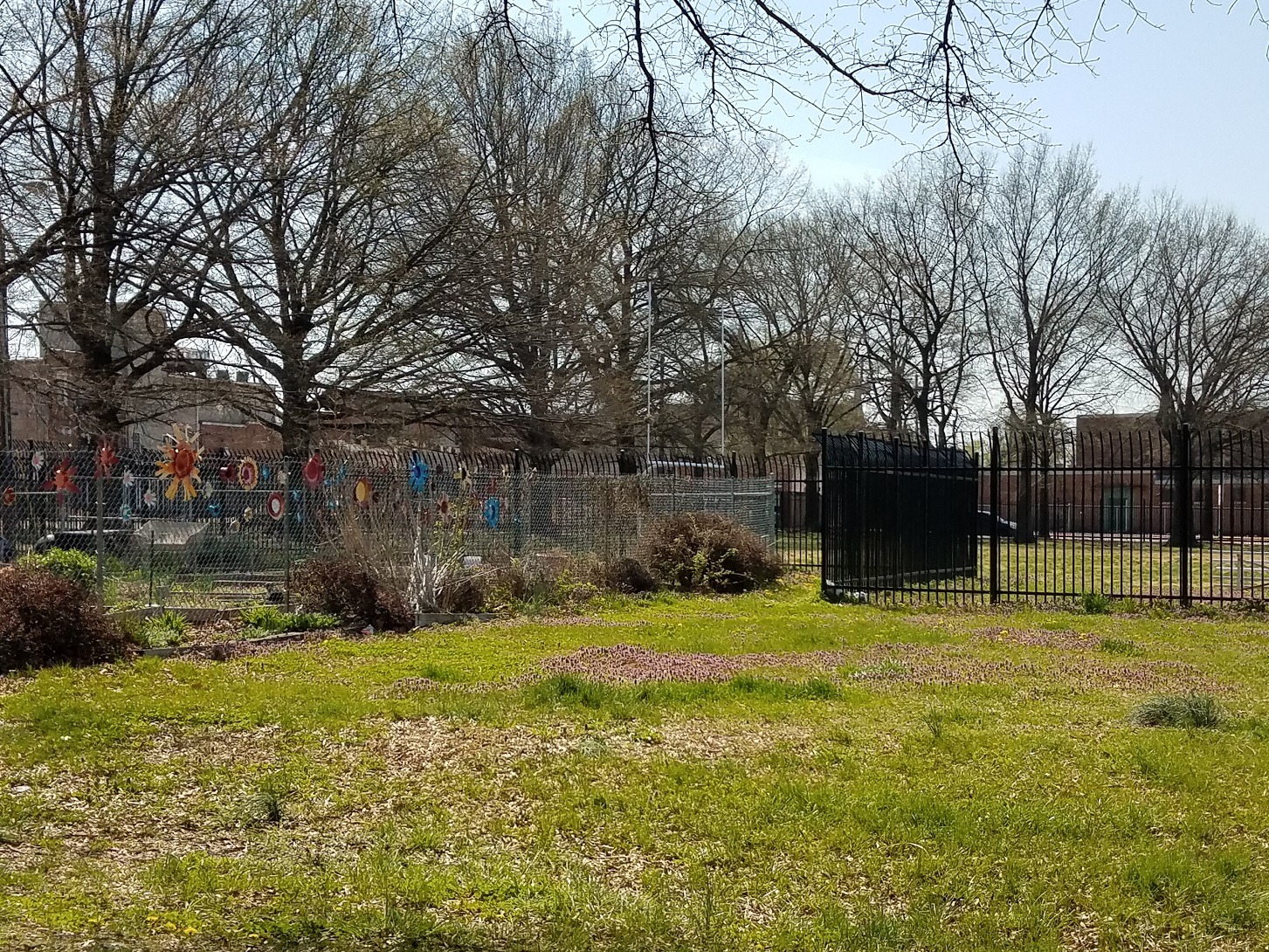 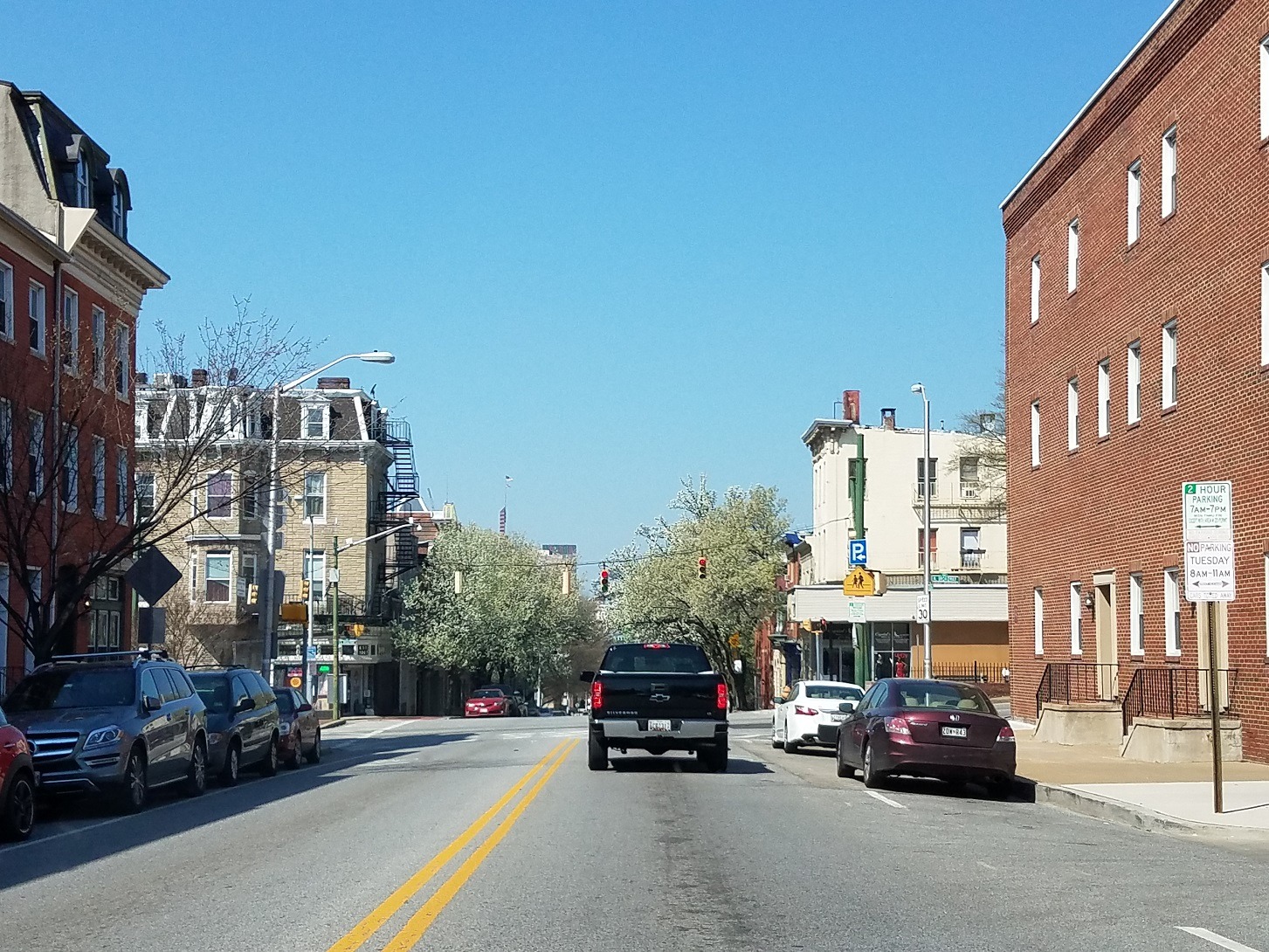 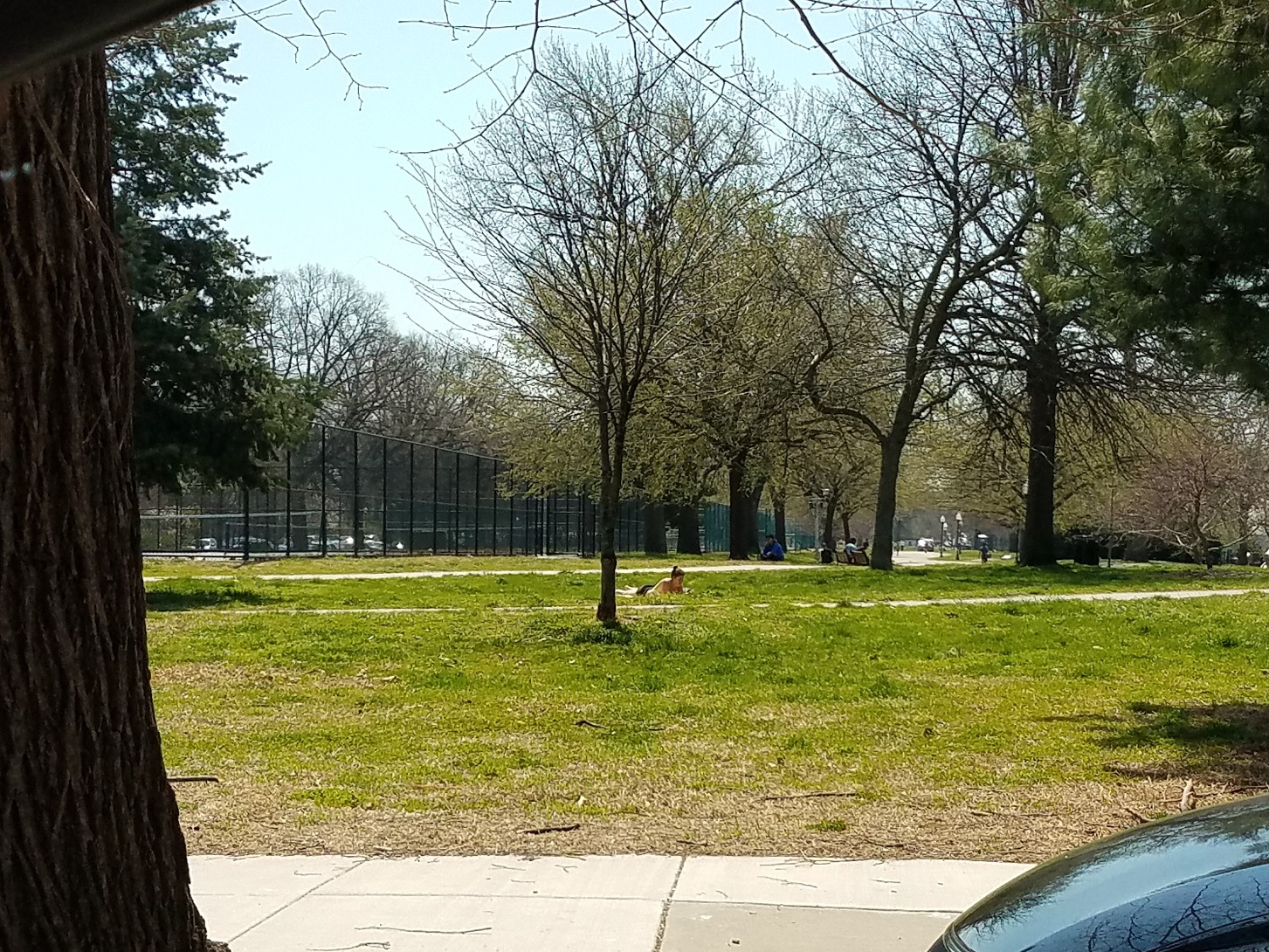 bookmark said: I grew up on S. Ellwood Ave. between Pratt and Lombard St. next to Patterson Park. It was known for the clean streets and shiney marble steps. The people who lived there were proud and cleaned their sidewalks and gutters and never left any trash in their streets.. The backs of the houses (then called back alleys) were never cluttered with trash. We would hose down the alleys to keep them clean, so the kids had a place to play close to home.

Thanks for your reply! I didn't even post all the pics I took, but the alleys are a sight! However, it's truly amazing how the volume of filth changes from one block to another. The closer you get to Patterson Park, moving west, the cleaner the streets become. As you move east down Baltimore St, or north past Fairmount, it just becomes unbearable. There are two problems here, as I see it 1) people don't care anymore, and 2) there are NO TRASH CANS on the sidewalks. It seems the city is leading the way in failing to provide a solution. Light City started this weekend. They added trash cans around the Inner Harbor area. They were used. Heck, they were OVERused. It's not like this is a problem without a fix. https://s3-us-west-2.amazonaws.com/maven-user-photos/pursuit-of-happiness/community/U3ePGuqilk6BmRpMuptZsw/eVNPt8A45EyO70sql5DnpA

I grew up on S. Ellwood Ave. between Pratt and Lombard St. next to Patterson Park. It was known for the clean streets and shiney marble steps. The people who lived there were proud and cleaned their sidewalks and gutters and never left any trash in their streets.. The backs of the houses (then called back alleys) were never cluttered with trash. We would hose down the alleys to keep them clean, so the kids had a place to play close to home.