For those of us who grew up in the 1950s and 60s, we likely did not go out to eat as often as people tend to do now. Even if you didn't go out all that often, it's still much more frequent than what Americans in the late 1800s were doing.

Economist Mark Perry wrote a blog post about how as America has become more wealthy over time, we have been more able to eat out at restaurants, diners, fast-food joints, etc., and have taken advantage of that (as the video above shows).

When a people become wealthier, they are able to outsource their food production and even service. There are hardly any subsistence farmers in America any more, as most farms are now commercial and sell to the open market. It's an amazing thing: as fewer people grow their food, the more food options we have.

To further drive the point home, this chart shows how Americans' food spending away from home and real GDP have both gone up over time along an almost identical line. 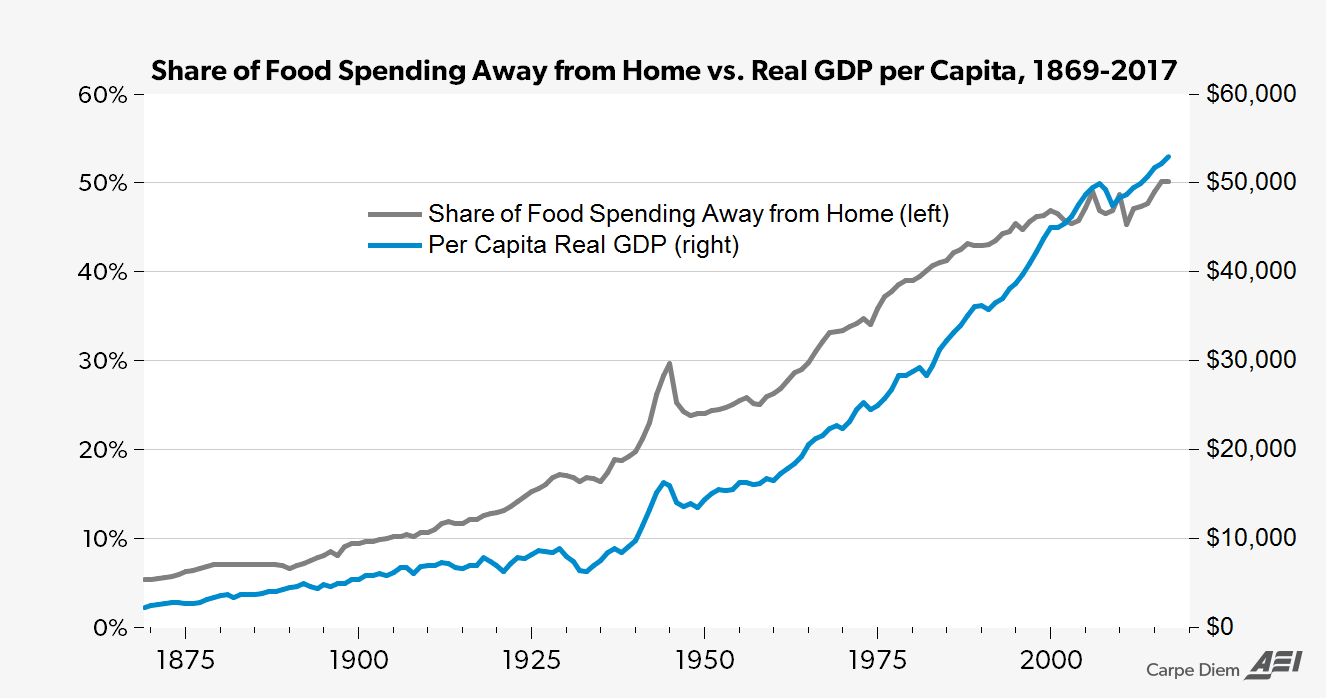 One of the many benefits of become wealthier is being able to more affordably “outsource” your food production more often to fine dining establishments, casual and fast food restaurants, delicatessens, bakeries, food trucks, etc. Thank you free market capitalism for making us rich and our food more affordable than ever before in history, both making it possible to spend half of food budgets today away from home. Bon appetit!

Even in just a few decades, our tendency to eat out has greatly increased. That's just one sign that shows our level of wealth and quality of life have continued to increase in spite of the various issues we have had to overcome.