More Public Money Is Going to Colleges, But Are Students Seeing Lower Tuition?

Over the past five years, direct public funding for institutions of higher learning has increased by more than $1,100 per student. One might think that universities would use that extra funding to lower tuition rates for students so that more may attend, but the opposite is actually happening.

A new report from the State Higher Education Executive Officers Association (SHEEO) shows that while funding has increased, tuition rates have increased as well. Between 2012 and 2017, the inflation-adjusted funding per student at public colleges and universities rose from $6,525 to $7,642, an increase of $1,117. But what did these universities do to their students?

Public colleges, however, are not using those additional funds to lower tuition. Net tuition revenue per student at these same colleges rose from $5,733 to $6,572 in real terms over the same time period, an increase of $839.

Lower public funding for higher education is often cited as a principal cause of rising tuition at public colleges. But even though public funding per student has risen during each of the past five years, tuition increases have not abated. Indeed, tuition at these schools has risen steadily over the past quarter century, even as public funding has ebbed and flowed. 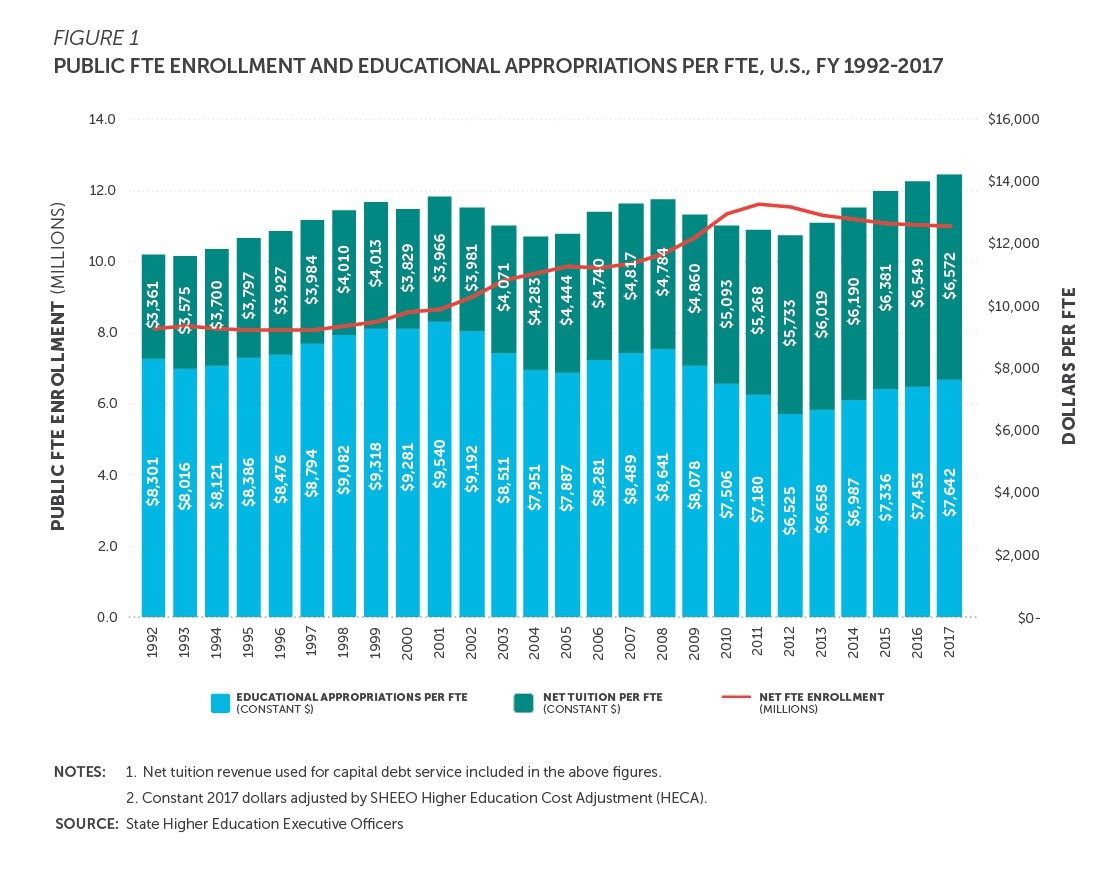 In spite of the fact that public colleges are getting more taxpayer money, there is no relief for students in sight. The question is where all of the money is going. One major factor is the large increase in administrative staff at colleges. More staff means more paychecks, and that requires more money. The unfortunate effect is that the taxpayer money designed to help students in their pursuit of higher education is not actually benefiting them.

Cooper concludes by stating that policymakers will have to address this problem. Part of the strategy will have to be fixing the underlying costs of college in order to lower tuition. More funding is clearly not solving the problem right now, so something else has to be considered.