The Numbers Show That China, Not the United States, is "Losing" On Trade

One of the most commonly criticized aspects of U.S.-Chinese trade is that the "trade deficit" favors the Chinese, in which the Chinese take advantage of us by dumping their goods on our market and making Americans lose. However, reality is far from that, as both parties are winning from these transactions. Arguably, though, Americans are getting the better end of the deal.

Each party came out better off at the end of the transaction. Just like when we go to the grocery store and exchange currency for goods, we end up better off with food, and the store has more money to restock its shelves for other customers.

This chart shows the total level of trade between the U.S. and China last year. What some people see as a "trade deficit" is in reality a goods surplus. 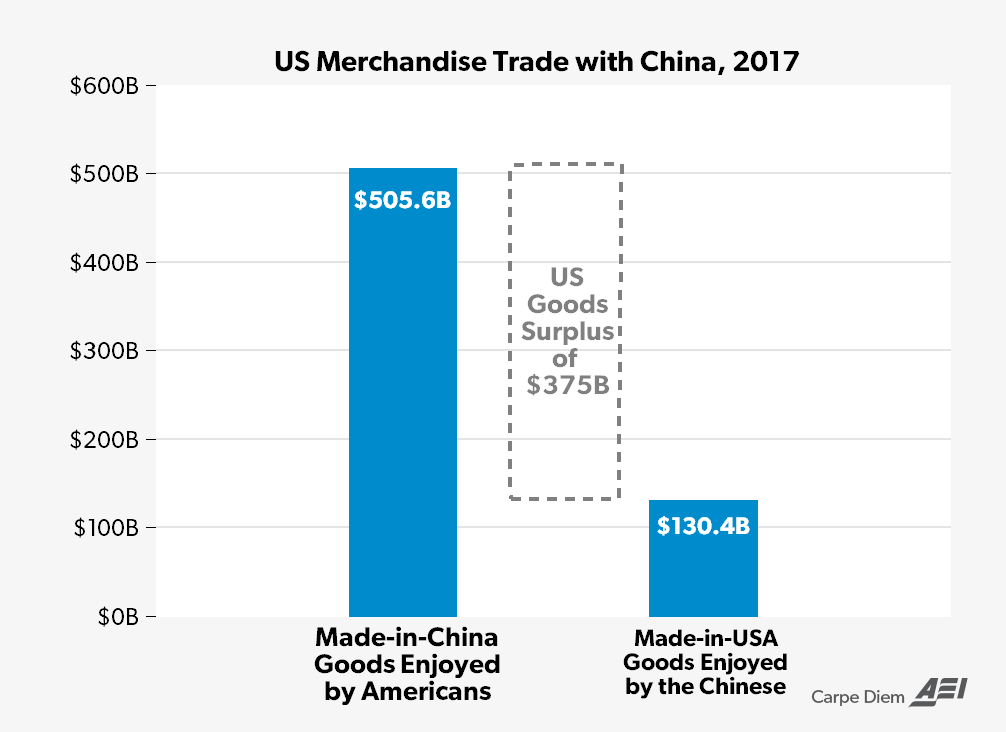 If anybody “lost” last year from trade you could make a much stronger case that it was China that lost, not the US. After all, the ultimate gains to Americans from trading with foreigners are the imports we receive in exchange for the exports that we have to give up, which are the costs of trade. So look at who ended up with the most goods last year – was it China or the US? Obviously, it was the US, as the chart above illustrates.

Americans have more goods coming in than going out. We have a very large amount of buying power on the world market, and in exchange for a few of our goods produced here, we can get a lot of goods produced abroad.