The economy tanked, tax rates increased. Greener pastures are over the border.

A large club of Americans has made the move to a new state looking for work. It used to be even more common than it is today, and it's one of the benefits of living in a federal republic.

Our ability to pursue happiness means different things to different people, but economic mobility is central to many. States recognize this, and many are in competition with one another for residents.

Economic scholar Mark Perry took a look at which states have gained and lost, and what is causing migration in and out of states.

The top five inbound (people arriving) states largely have the exact opposite. Check out the chart below: 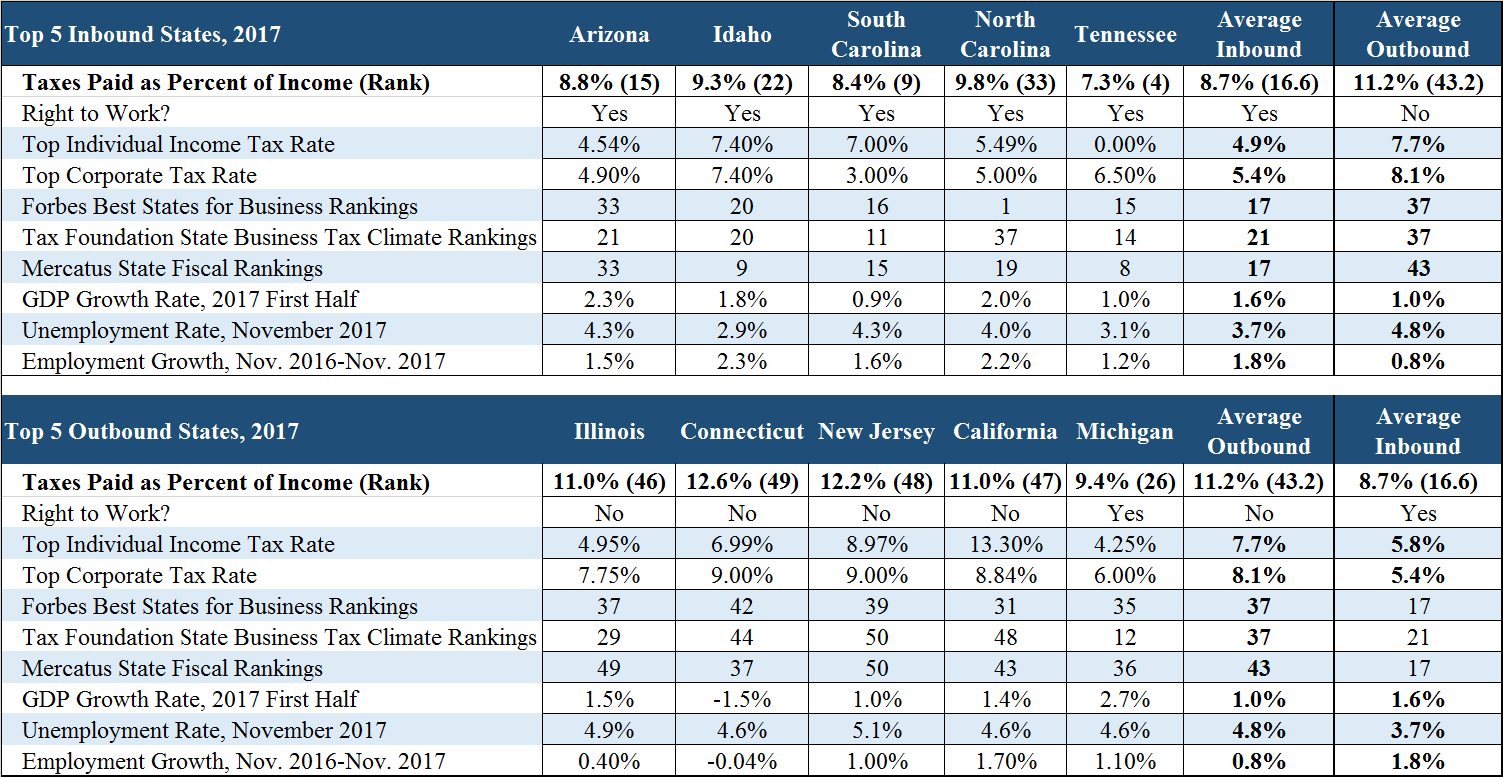 There is empirical evidence that Americans do “vote with their feet” when they relocate from one state to another, and the evidence suggests that Americans are moving from states that are relatively more economically stagnant, Democratic-controlled fiscally unhealthy states with higher tax burdens, more regulations and with fewer economic and job opportunities to Republican-controlled, fiscally sound states that are relatively more economically vibrant, dynamic and business-friendly, with lower tax and regulatory burdens and more economic and job opportunities.

Laws have consequences. If people cannot keep the fruit of their labor or make voluntary work contracts or even find work, they are going to see what else is available.

Fortunately, because of America's decentralized system, greener grass are not far. Sometimes, just crossing one state line can offer a lot more opportunity than a few miles in the other direction.

Have you ever made a switch based on the job climate in your state? Tell us your story!