Why Is No One Talking About the National Gender "Inequality" in STEM Fields?

For years we've heard that more women are needed in STEM fields, and that the "gender STEM gap" is something that requires more funding and programs to help women overcome that inequity. But is there really any such "crisis"? Further, is there even a gender gap in STEM fields and areas of study? There is, but not in the way feminists claim.

New data from the College Board show that girls are far exceeding boys in STEM areas of study. If there are such widespread negative stereotypes about women entering STEM fields, why do girls do so much better in those areas of study than boys do?

Consider the data in the chart below: 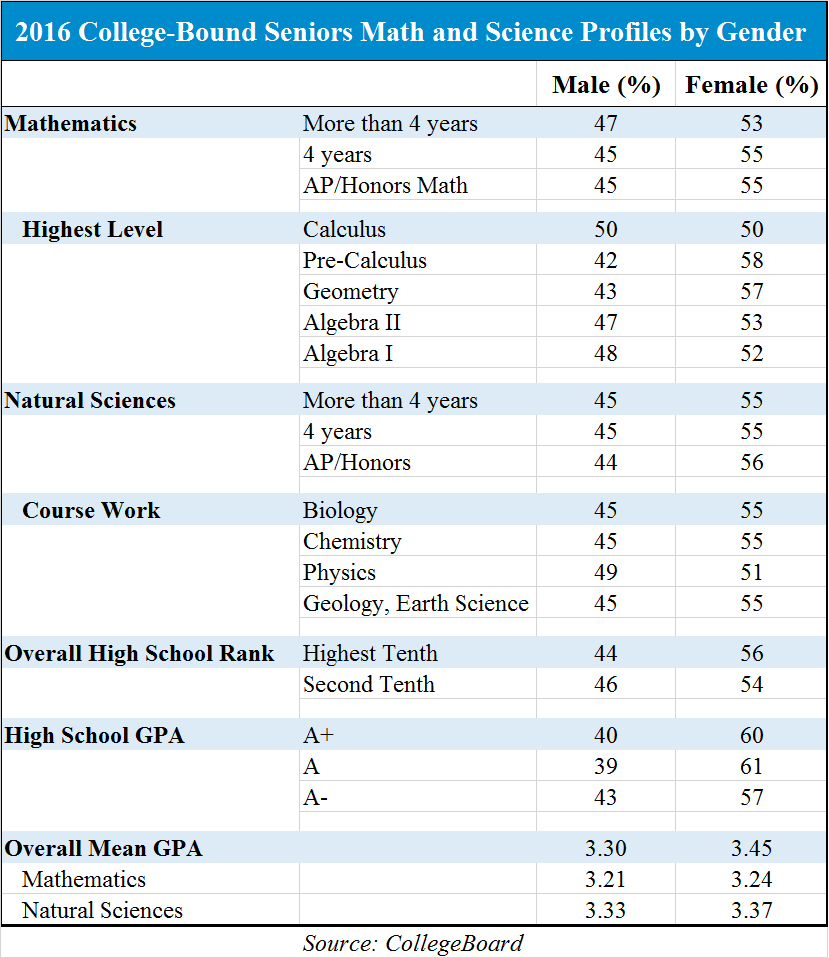 As economist Mark Perry points out, there's a hole in the narrative here.

At the high school level for college-bound seniors who took the 2016 SAT test, we have the following overwhelming evidence that high school girls are actually out-performing their male counterparts in both math and science and they, therefore, enter college with superior academic qualifications and background in STEM than boys.

To further emphasize the point, he cites seven data points that show girls are in no way being suppressed from the STEM fields; quite the opposite actually.

The bottom line, as Perry concludes, is that girls are outperforming boys in academics on the overall, but especially in STEM. In high school, girls take more math and science classes than boys, they take more AP/Honors classes than boys, have higher GPAs in math and science courses, and are more likely graduate in the top 10% or 20% of their class. The inequality is actually in girls' favor.