A Gender Gap That Hardly Gets Any Attention

Last week, TPOH shared a discussion about how the alleged "wage gap" between men and women is not a sign of discrimination against women, but a result of choices that the two sexes tend to make in the choice of work. In spite of the evidence, plenty of protesters still demand a "fix" to the perceived gender wage gap.

Does this kind of protesting against gender disparities apply to all areas of life? Well, there is a conspicuous absence of protests over the disparity in college degrees, as far more women are going to college than men. As economics professor Mark Perry discusses, that gap will only continue to grow as time progresses.

The chart below displays another gender gap that gets no attention, no concern, no funding, no special programs, no activism, no hand-wringing, no advocacy, etc. — the huge and growing “gender college degree gap” that started nearly 40 years ago favoring women. According to Department of Education forecasts, within less than a decade there will be 150 women earning a college degree in 2026 for every 100 men. But there are still thousands of women’s centers on almost every college campus across the country, funded by taxpayers, parents and/or students, to ensure that women are successful in college? Seems like that mission was accomplished back in the 1980s, can’t the radical feminists declare a majority victory for women in higher education and move on to other more important causes? 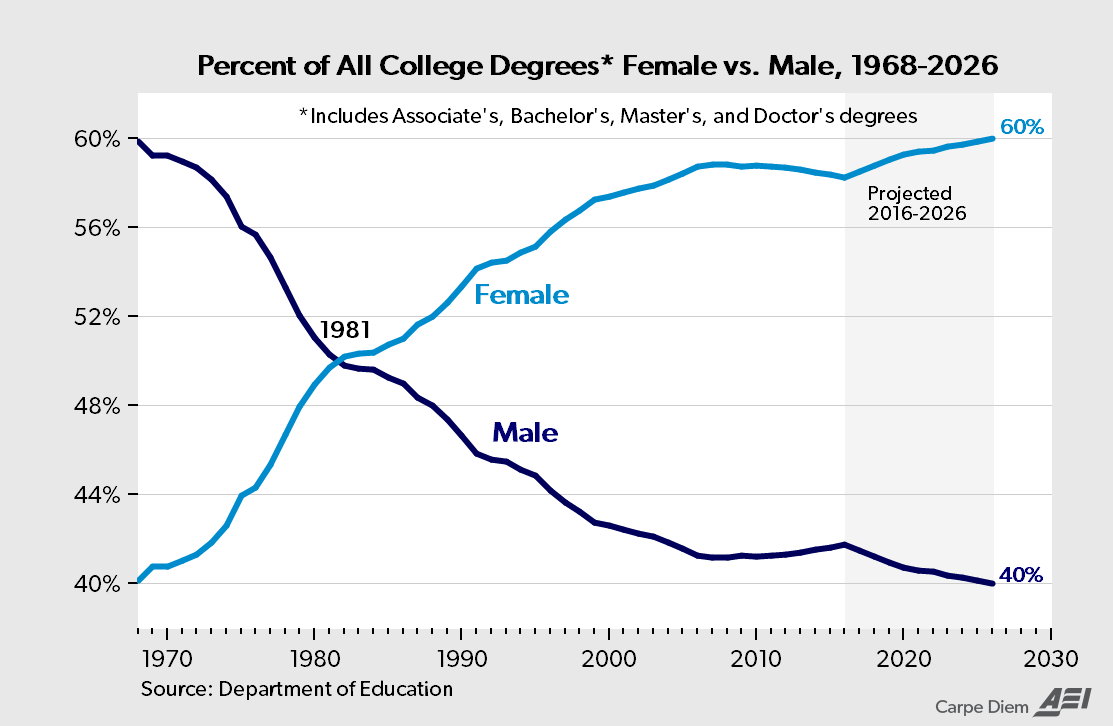 Is this a gender disparity that needs to be addressed? Tell us your thoughts below.