April 10 is Equal Pay Day, But What About "Equal Occupational Fatality Day"?

Each year "Equal Pay Day" comes around (today) accompanied by claims that women are paid far less for the same work than men. They demand new wage laws to fix this supposed disparity.

The economic grounds for this claim are faulty at best. A closer look at women's choices while in the workforce explain much of the earnings "gap" (a subject which TPOH has discussed here).

One of the most important factors to consider in the difference in earnings between men and women is their respective choices of profession. Economics professor Mark Perry notes that far more men choose to work in higher-earning fields of employment, which also carry much higher risks.

The most dangerous fields of employment are overwhelmingly filled by male workers, and subsequently the male rate of workplace fatalities is much higher than it is for women.

Economic theory tells us that the “gender occupational fatality gap” explains part of the “gender earnings gap” because a disproportionate number of men work in higher-risk, but higher-paid occupations like coal mining (almost 100% male), commercial fishing (99.9% male), police officers (85.9% male), logging (94.9% male), truck drivers (94.0%), roofers (98.3% male), and construction (97.3% male); see BLS data here. The table above shows that for the 20 most dangerous US occupations based on fatality rates per 100,000 workers by industry and occupation in 2016 men represented more than 90% of the workers in 14 of those 20 occupations and more than 85% of the workers in 18 of the 20 occupations. 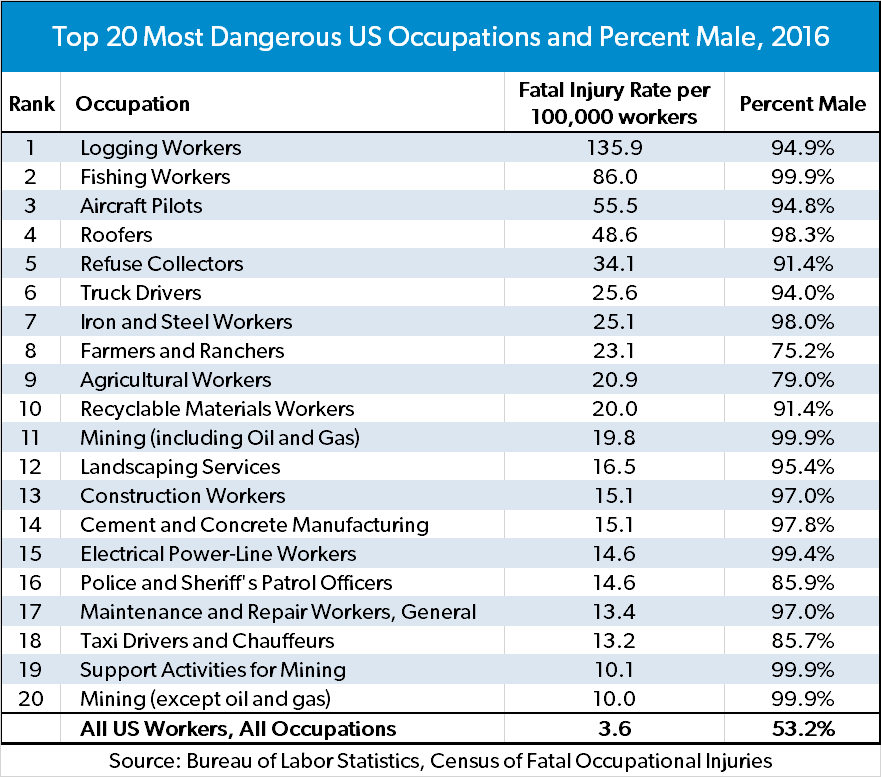 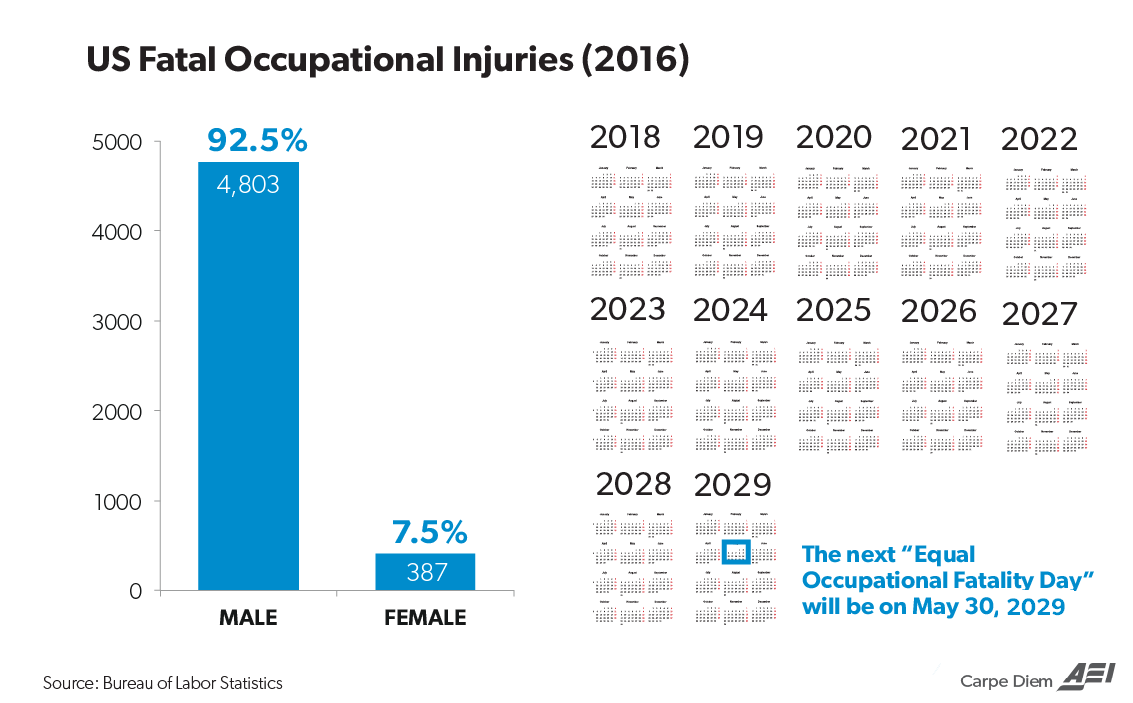 Perry poses a question for supporters of the Pay Equity movement, an answer to which is unlikely on its way.

Closing the “gender earnings gap” can really only be achieved by closing the “occupational fatality gap.” Would achieving the goal of perfect pay equity really be worth the loss of life for thousands of additional women each year who would die in work-related accidents?