In response to President Trump's tariffs on steel and aluminum, China has placed tariffs on manufactured products and agricultural products. As fears of a trade war ignite, the effects of these tariffs are soon going to be felt across the United States, and they will be felt in the heart of territory that went for Donald Trump in the 2016 election.

Most agricultural products are produced in rural areas, no surprise there. These are the regions that Trump largely won in 2016. One of the products that will have the largest blow from tariffs is soybeans. The Washington Post put together a series of maps showing the areas where soybeans are grown, and areas won by Trump in 2016. 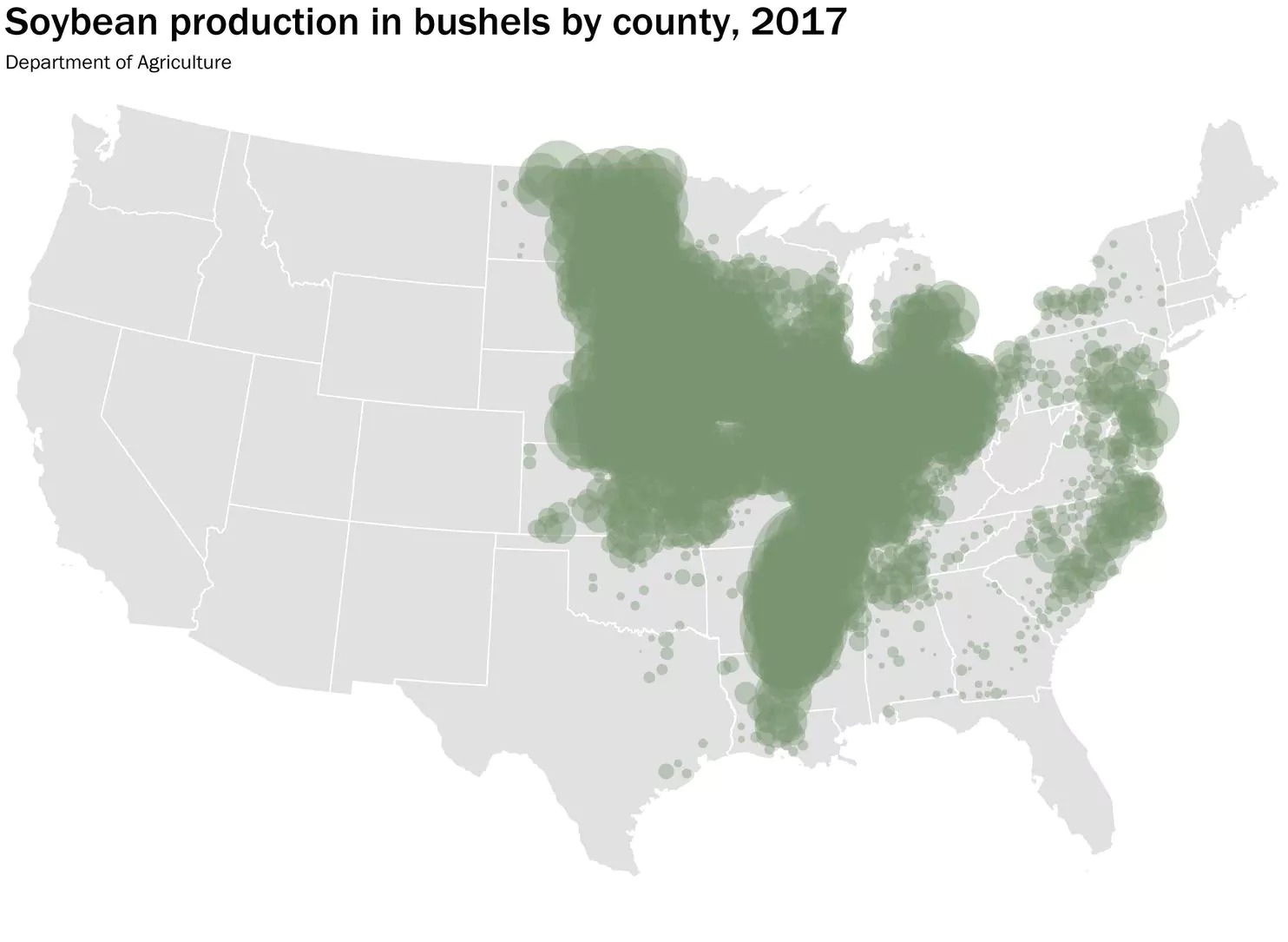 If we overlay 2016 election results onto that map, though, the point becomes obvious: A tariff on soybeans affects a lot of places that backed Trump. 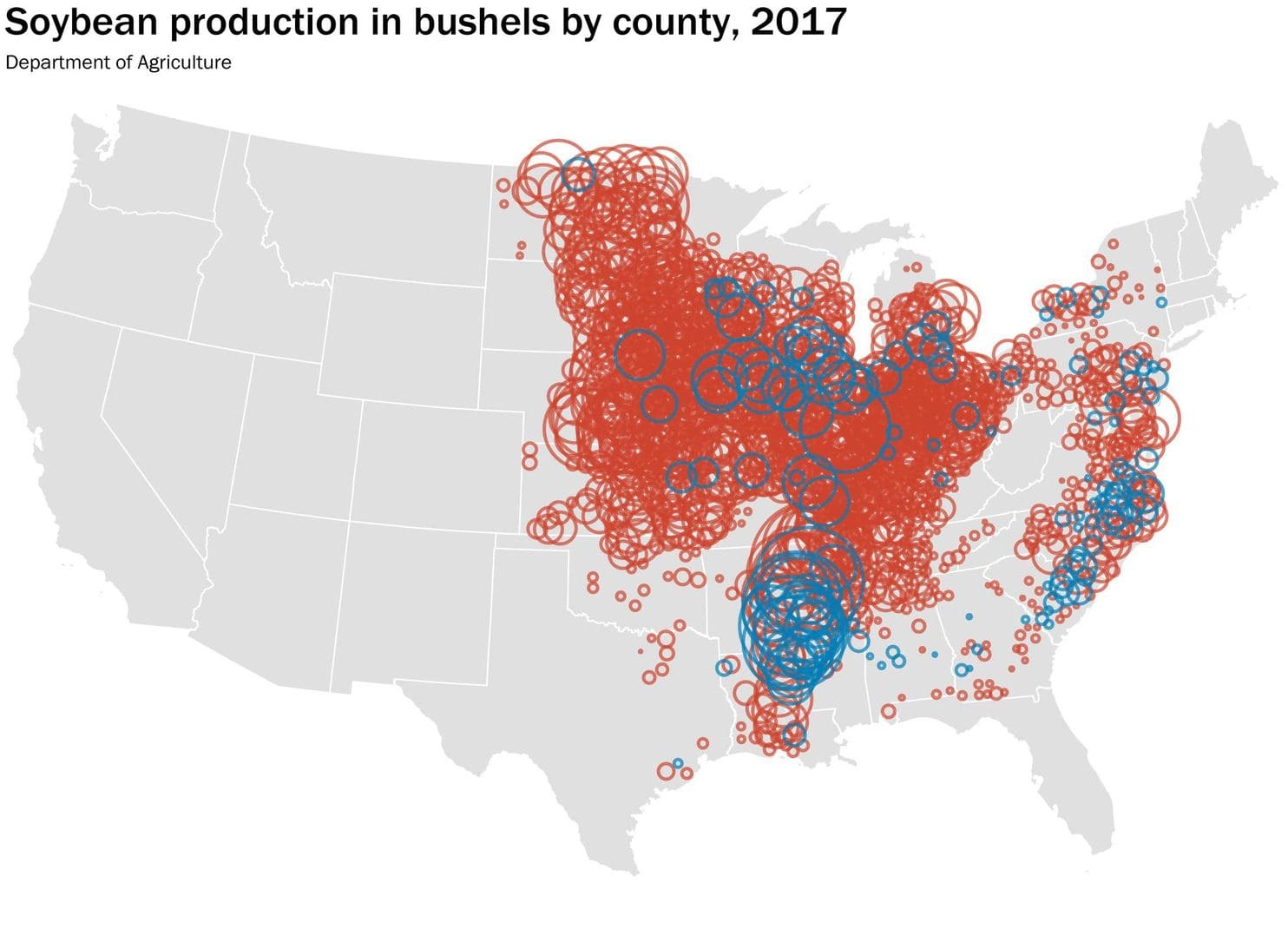 The same thing can be done for other products on the tariff list as well, including corn, wheat, cotton, sorghum, and tobacco. 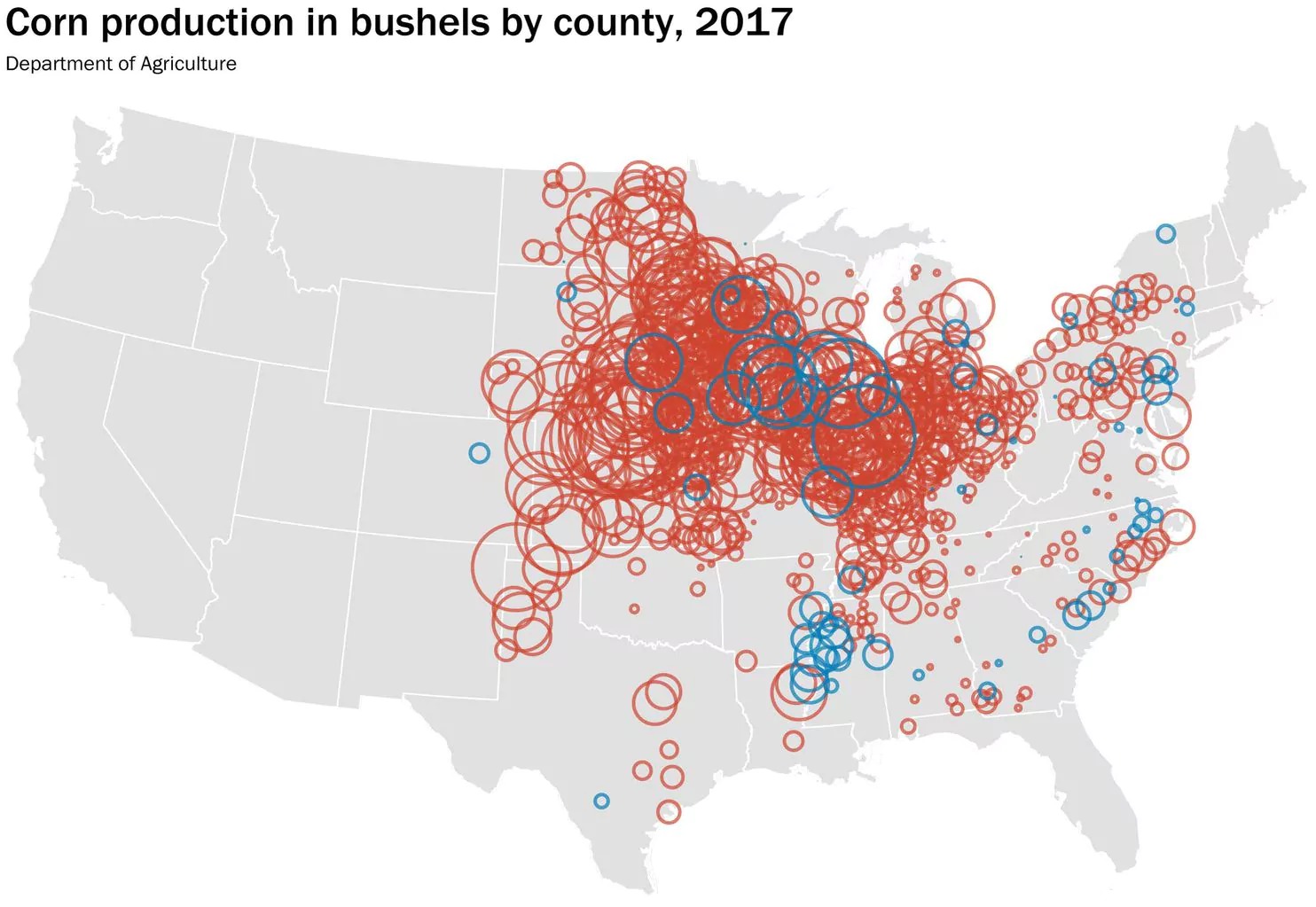 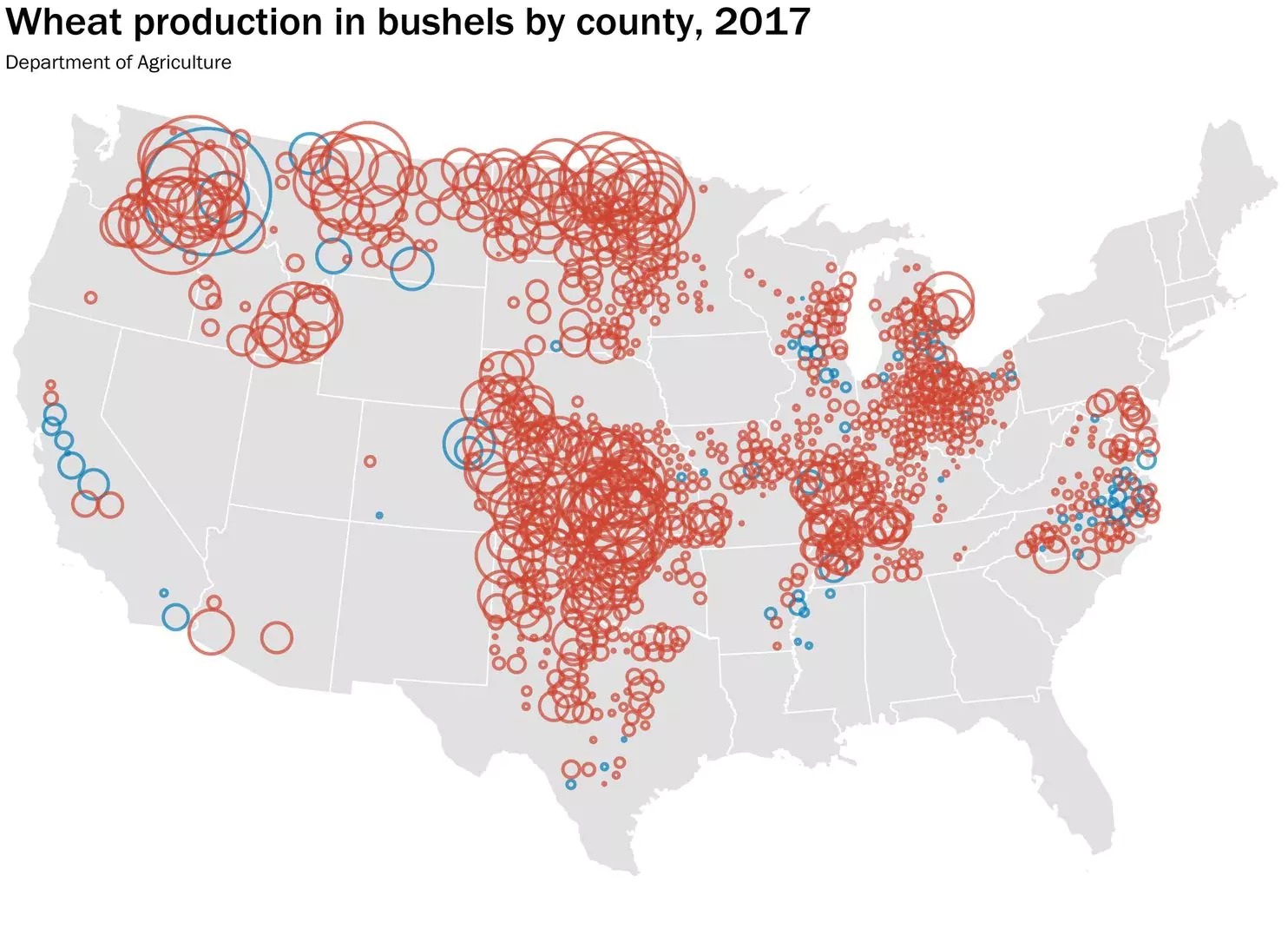 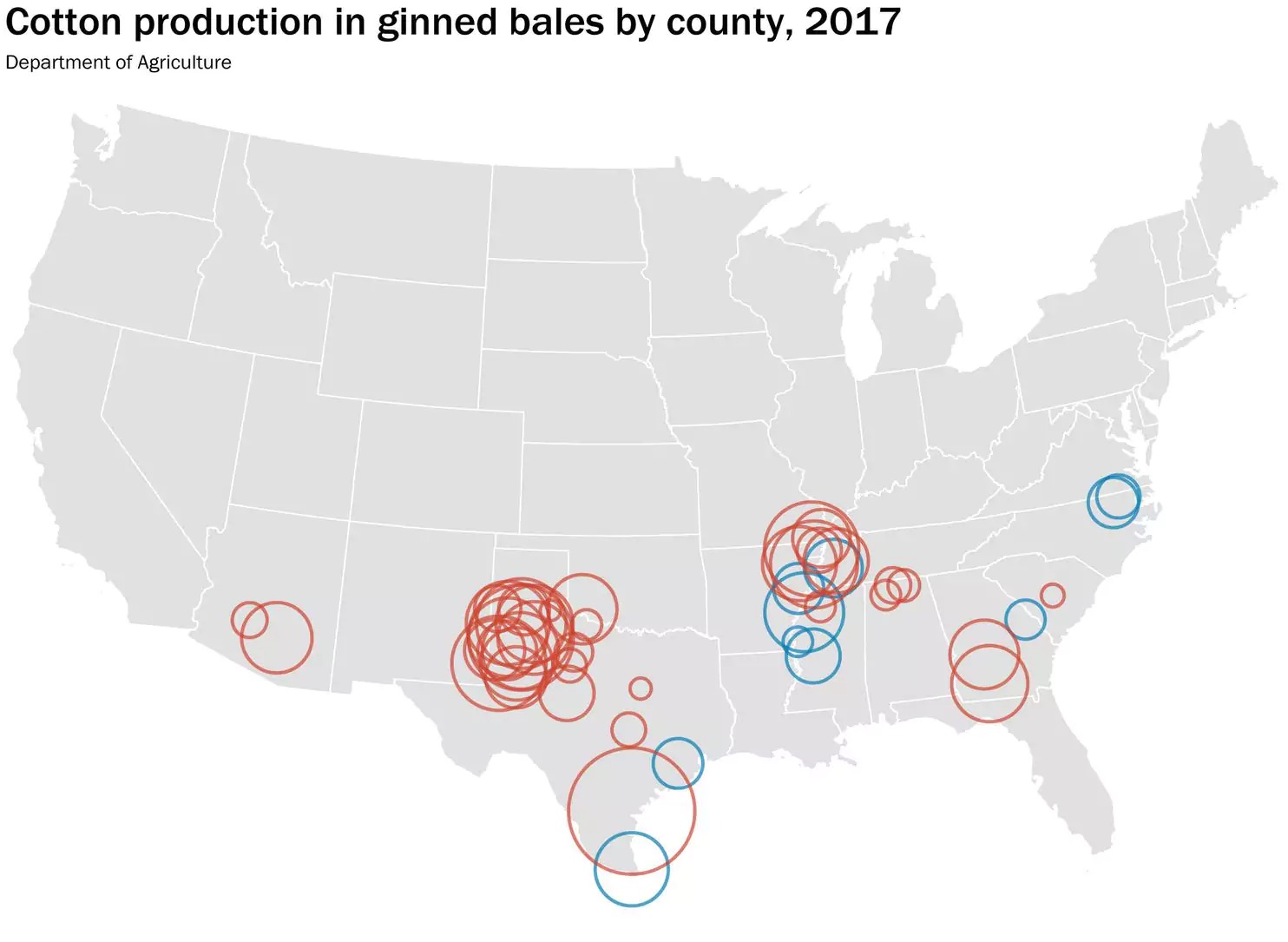 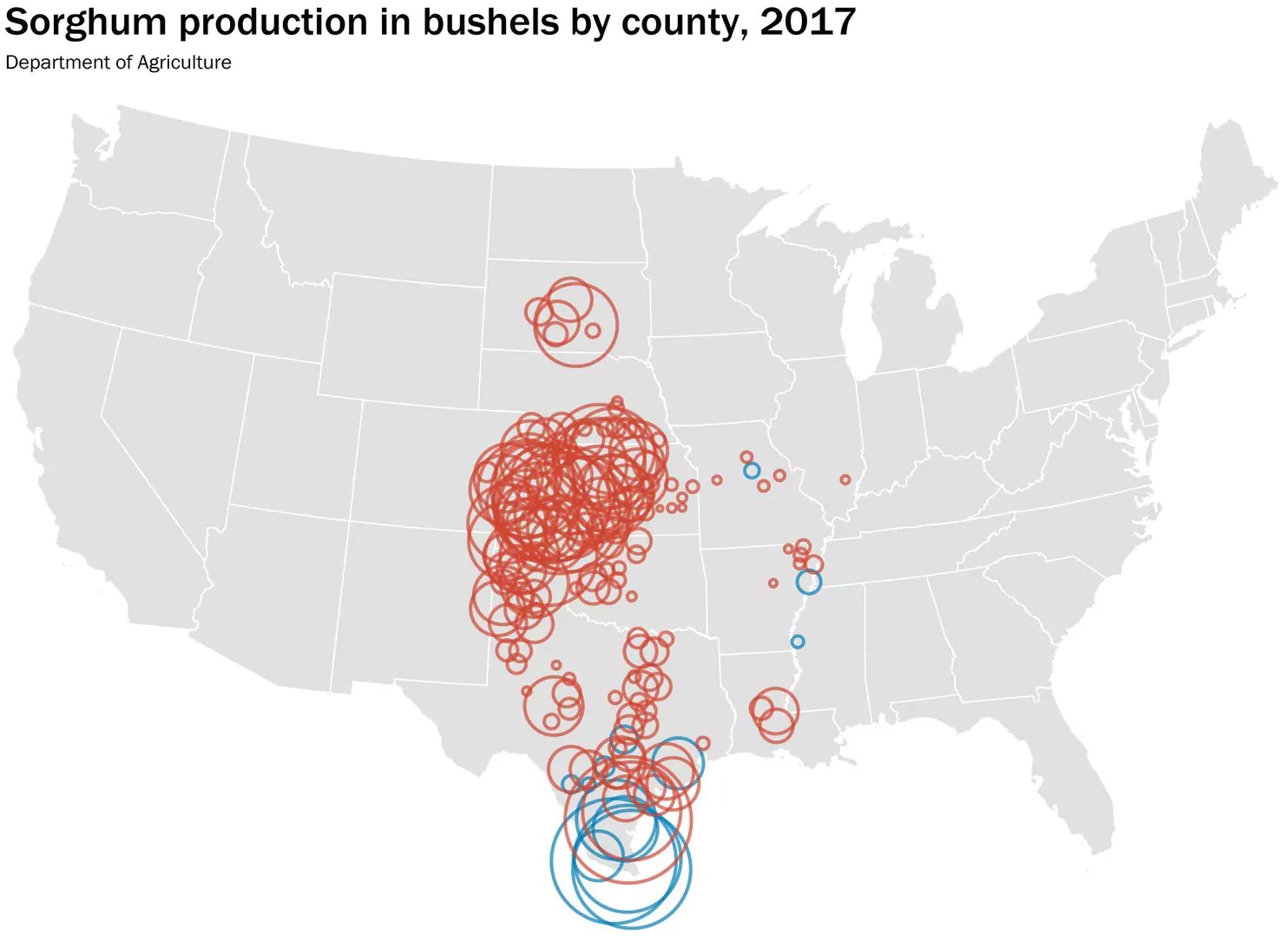 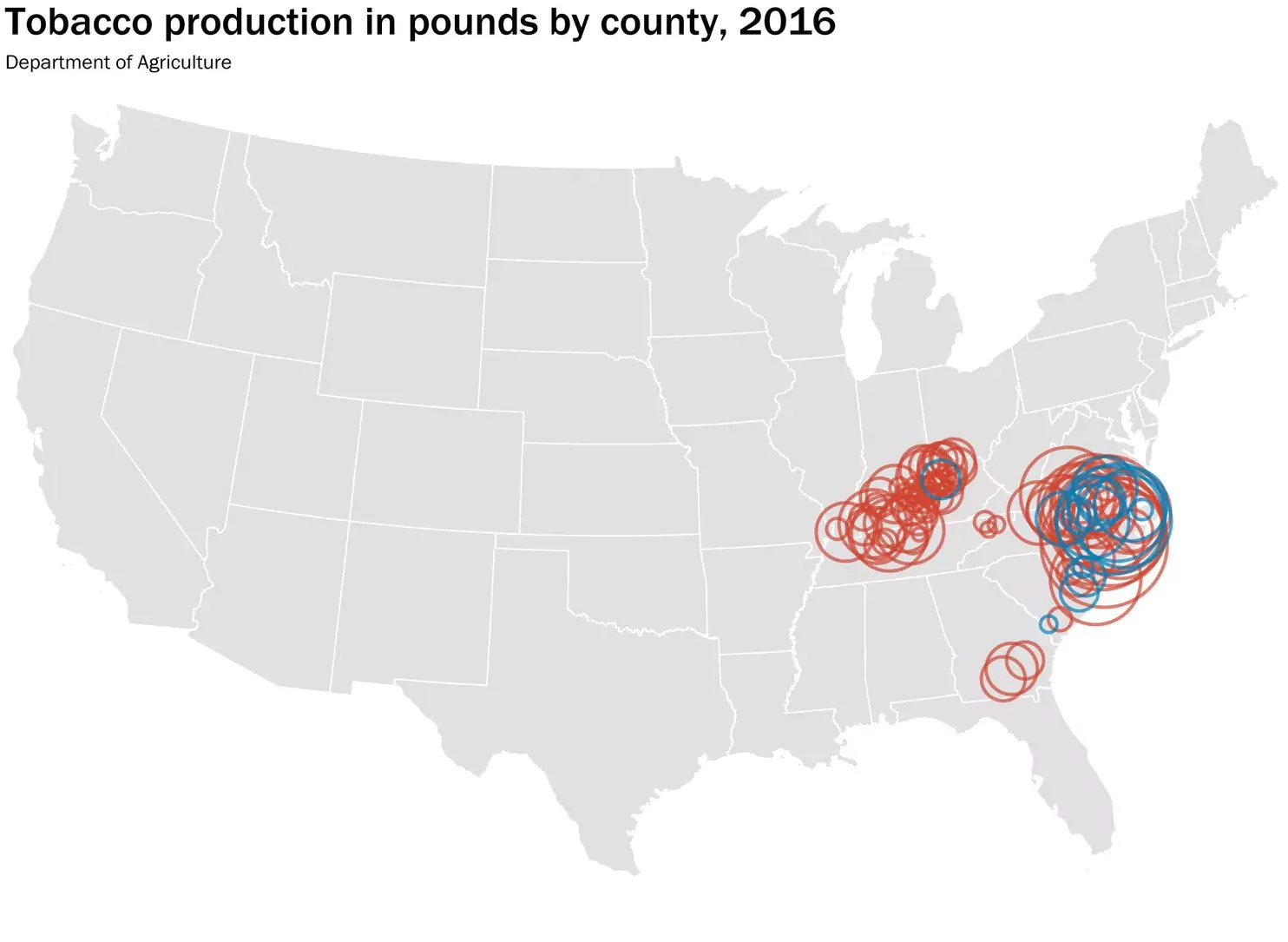 What will ultimately happen here is that the tariffs will increase the cost of doing business for these farmers, as exporting products to China will become more expensive. Higher costs of doing business almost always means job losses, and the soybean industry may be hit hardest in this particular circumstance. Adding a dash of unfortunate irony is the fact that President Trump's trade war agitation is likely going to hurt his most loyal supporters the most.