The New Year will be here on Monday, and many people are heading into 2018 with resolutions and goals, hopefully some of which will be accomplished. But what are the odds of really accomplishing what one sets out to do?

There’s a certain stereotypical eye roll reaction to anyone saying they have a New Year's resolution.

“Oh really? How about last year’s resolution to stop smoking? How’d that turn out?”

Keeping those resolutions appears to be a rather tricky affair, and that’s understandable. When we’re in a certain comfort zone, we like to stay there. Leaving that comfort zone and putting in extra effort is often difficult, time consuming, and just plain boring sometimes.

Most of us have likely broken a New Year’s resolution. The Guardian found in 2015 that 63% of those surveyed admitted to breaking a resolution, and 66% of those people admitted to doing so within one month.

What gives? Why do so many people break their resolutions in spite of their initial zeal and commitment? The answer may actually lie in our overall productivity rates throughout the year. The data shows that our entire approach to resolutions may need some adjusting, right down to the day and hour even.

According to project management software company Redbooth, the most productive day of the week is Monday, when 20.4% of all work gets done. Productivity generally goes down a bit each day, before taking a nosedive on Saturday. 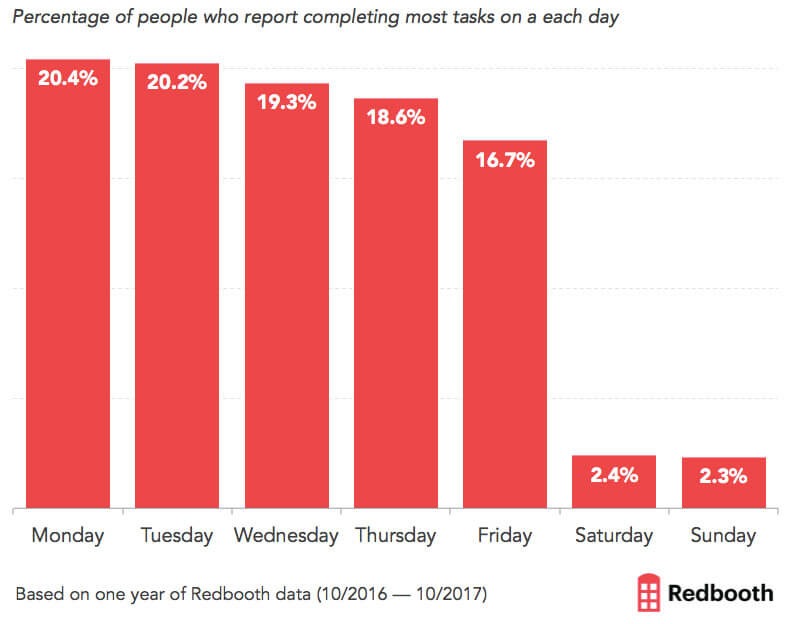 The most productive time of any given day is about 11 a.m., when 9.7% of all work is completed. The time leading up to then gradually becomes more productive, and the time after that generally becomes less productive. 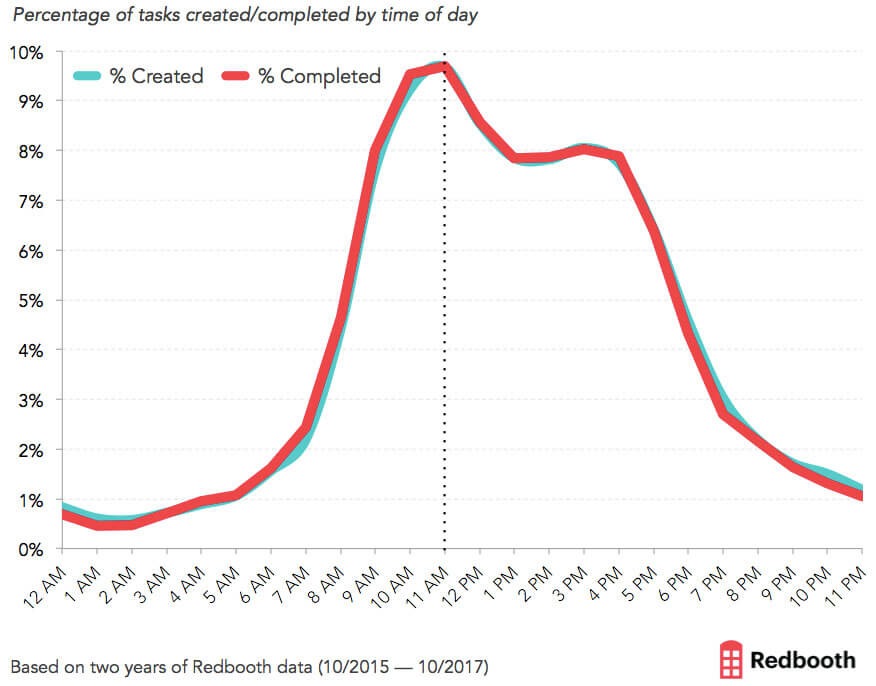 January is actually the least productive time of the year. Based on four years of data analysis, their researchers found that only 7.2% of all work is completed in January, the lowest of all 12 months. 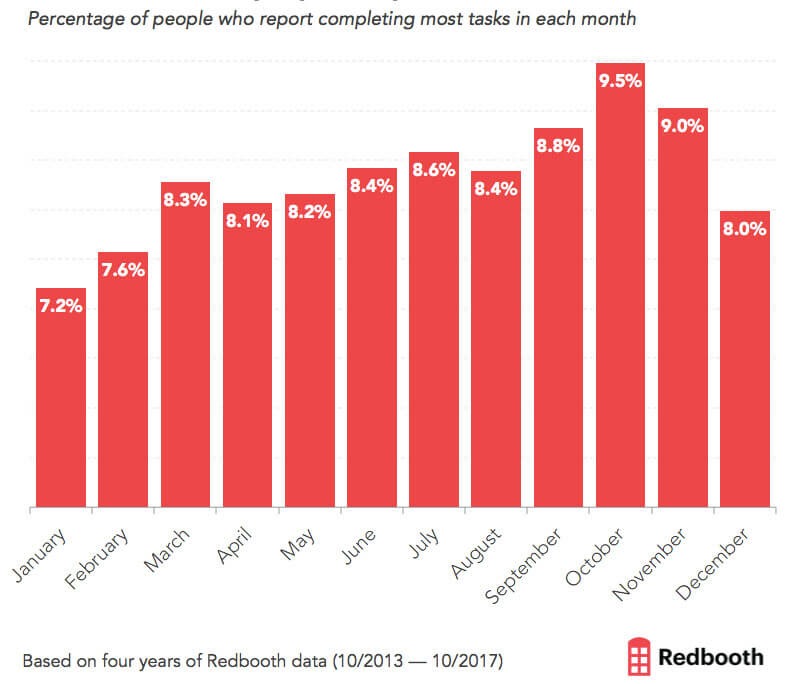 Looking at things from a seasonal perspective, most work gets done in the fall, about 27.3% of all productivity. In the winter, we only complete about 22.8% of all work for the year. Something about the post-holiday season just seems to put us into a slump while working. 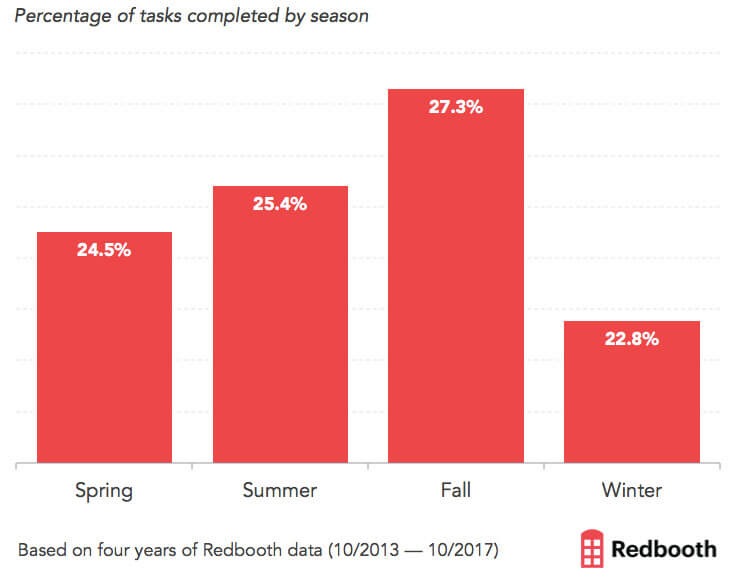 Maybe that’s why we have such difficulty in carrying out our resolutions. The holiday rush is over, and the next holiday season seems so far away. Not to mention the fact that we’ve just gotten through nearly two straight months of traveling, parties, shopping, and whatever else we do that time of year. All of that celebrating can be exhausting!

So maybe if we’re going to make resolutions, we should do them in the fall instead, in October; and to be rather precise, on a Monday at around 11 am. Maybe we would have the energy and momentum to carry them out.

What are some of your resolutions? For me, I plan on being debt free this year. I’m sick and tired of handing over my hard-earned money to other people. I’d much rather be paying myself and family than just seeing that money go right out the door almost as soon as it comes in.

Granted, we have been working on our debt for some time now, but the goal is to finish what we started. Who knows, we may even be able to knock it out by October, maybe a Monday at 11 am…

What do you think of this? Have you broken New Year’s resolutions before? Are you thinking of trying a new strategy for long term goals and plans? Let me know what you think!