The End of the Student Loan Crisis? Not Exactly...

Earlier this year, the level of outstanding debt surpassed a new record of $1.5 trillion. This may lead one to believe that recent college graduates (including the ones from the last few weeks) are being completely crushed beneath mountains and mountains of loan debts. But is that actually the case? Let's take a look at some of the data. 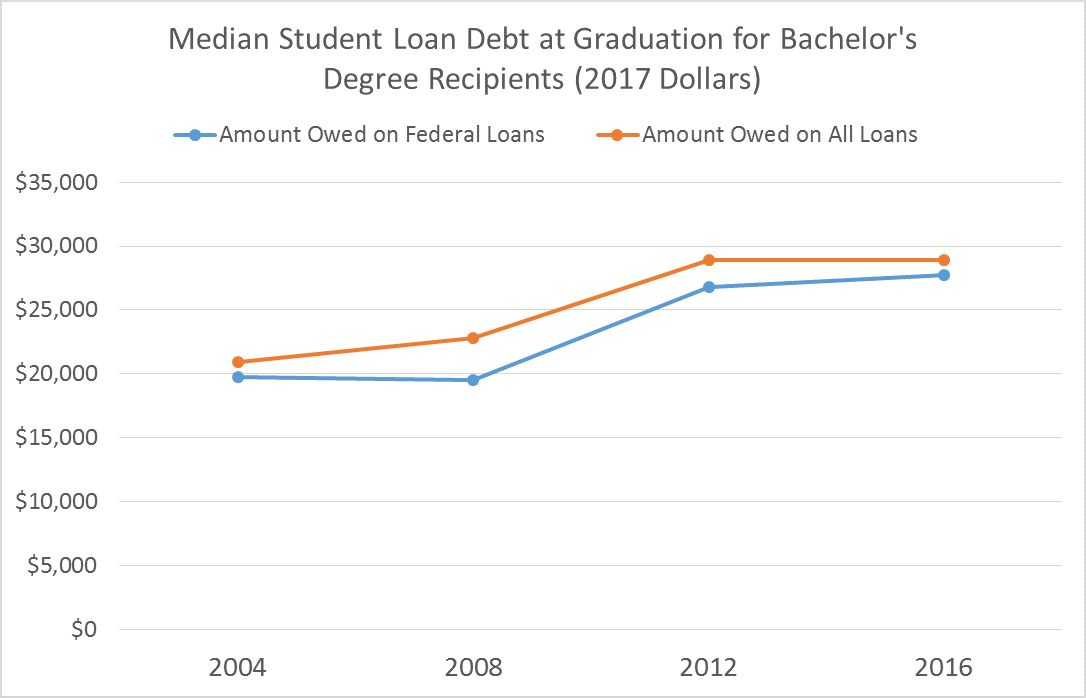 The median borrower who graduated college with a bachelor’s degree in 2012 had around $28,900 in debt (in today’s dollars). Fast-forward to 2016, and that number has barely budged. Students who graduated college in the year of the Rio Olympics owed $28,923, a statistically meaningless increase.

What is one possible reason for this? Limits have been placed on the amount undergraduate students can borrow for their education, and as a result institutions of higher learning have not been able to raise their tuition and keep students in school.

One other explanation is the change in the economy from 2008 through today. During the Recession, many Americans went to school to get new job skills, but with the economy growing once again, colleges have had to keep their tuition rates low enough to ensure that students still attend.

The slowdown in undergraduate debt is the good news, but why is the amount of student loan debt still increasing? The real cuplrit is graduate school.

Even as Congress has kept firm caps on loans to undergraduates, it has removed all limits on graduate students’ borrowing. Graduate students can now borrow unlimited amounts from the federal government. Not coincidentally, over the last four years the most expensive graduate degrees have only gotten more expensive. 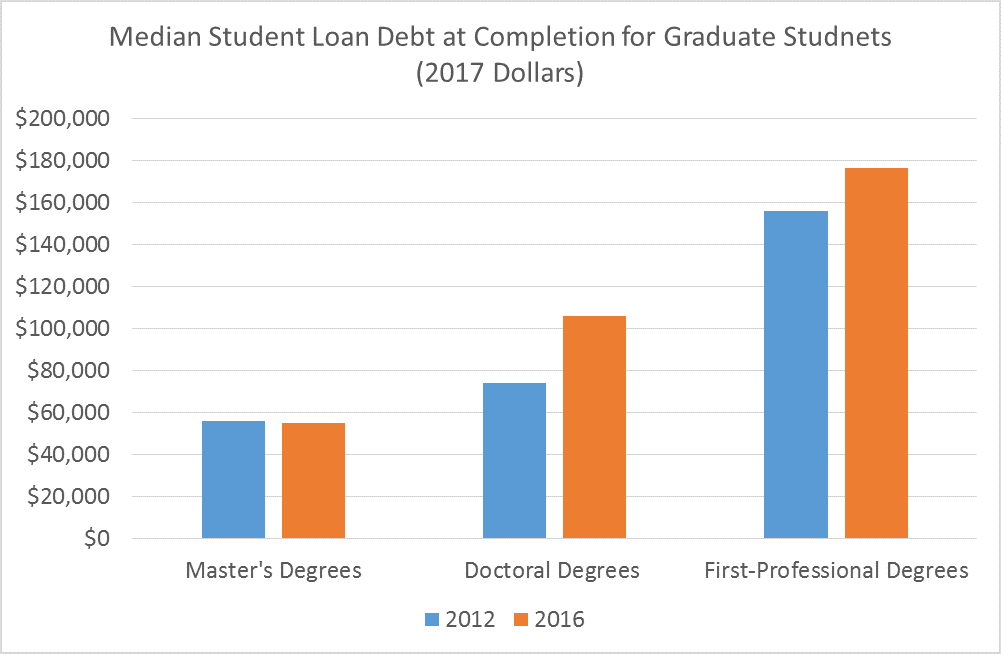 Graduate students are accumulating copious amounts of debt to obtain their degrees. With the generous repayment plans that are available, much of that debt will end up being forgiven, with payment being shouldered by taxpayers. And graduate students are often a relatively well-off to start out with.

Cooper concludes by saying that the undergraduate student loan crisis seems to be on the decline, and that's a good thing. The $1.5 trillion is a scary-big problem, but the improvements we've had give reason to be at least mildly optimistic.