The Importance of NAFTA to American Wellbeing

The deal is this: NAFTA contributes a huge amount to each state's GDP as University of Michigan-Flint economics professor Mark Perry demonstrates in graphical form above and table form below. 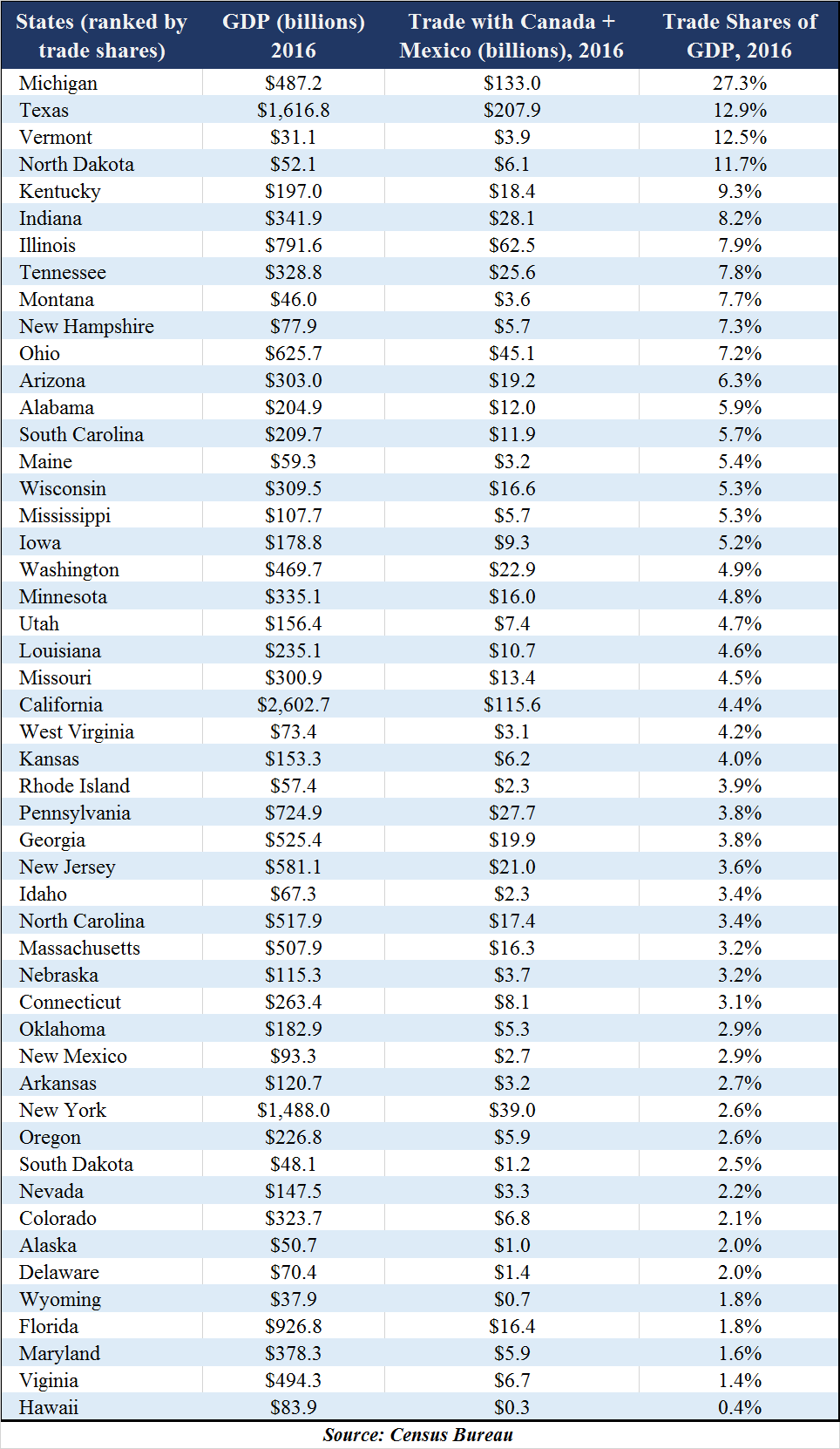