The Real Poverty Capital of America

Some economic studies show that states in the Deep South rank as having the highest number of people living in poverty in the United States, but new data reveal that’s not necessarily the case.

Two measures of poverty are taken in the U.S. — the official measure of poverty and the Census Bureau’s recently introduced Supplemental Poverty Measure (SPM).

In order to get a proper understanding of poverty in the United States, one needs to add certain control variables into research, for instance, cost-of-living, housing costs, utilities, medical costs, and taxes. Another oft-excluded measurement is non-cash government assistance as a form of income. The SPM takes into account these variables, the other does not.

Their inclusion in calculations are considered a more accurate measure of poverty than the official rate. The results are strikingly different. 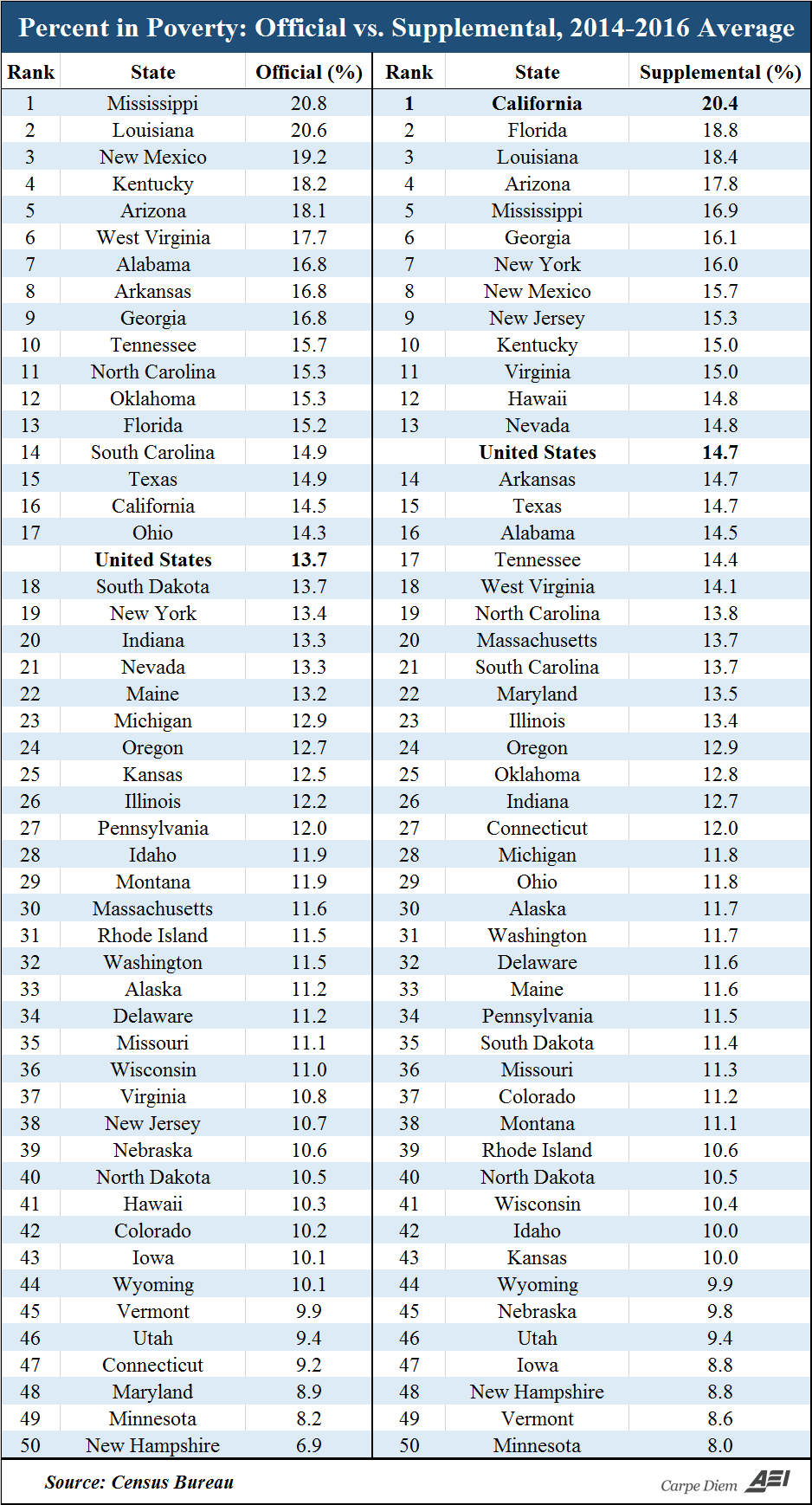 Economics professor Mark Perry writes that the more comprehensive data show that it's not Mississippi or Alabama or Louisiana, but rather California that tops the nation as the poverty capital of the United States.

These data points are important to consider in getting an accurate understanding of poverty in America. According to Zillow, the average price of a house in California is $524,000. Mississippi has a much lower overall cost of living, where the average price of a house is merely $118,500. That, along with lower tax rates, contributes to the fact that it is much less expensive to live in Mississippi than California.

All of these things converge to make California the most expensive and poverty-stricken state in the nation — despite extensive efforts to redistribute wealth to those with lesser means.

California state and local governments spent nearly $958 billion from 1992 through 2015 on public welfare programs, including cash-assistance payments, vendor payments and "other public welfare," according to the Census Bureau. California, with 12% of the American population, is home today to about one in three of the nation's welfare recipients.

Current welfare, environmental, housing, and work policies are hurting the poor in California, and the rate of poverty is only increasing. At some point or another, state legislators will have to change the way they deal with unemployment and homelessness in their state.

If they don’t, the trend will continue, and California will continue to rise in the ranks of states with the most outbound population, a new and dubious distinction for the Golden State.