True-life stories of heroism and sacrifice are commonplace; good movies about those stories aren’t. Only the Brave recounts the tale of The Granite Mountain Hotshots and the challenges they faced when fighting wildfires during the years leading up to and including 2013. Although probably a little too long, the film succeeds in being both emotionally forceful and dramatically satisfying. And, if the first hour drags at times as the filmmakers attempt to cram in too much backstory and setup, the final half-hour is riveting. Director Joseph Kosinski, despite being best known for handling the technical difficulties of TRON: Legacy, shows the ability to push an audience’s buttons.

For those who don’t know (or remember) what happened during the Yarnell Hill Fire of June 2013, I won’t reveal the specifics here but Only the Brave builds to this incident, which represents the final act of this drama. The early part of the movie details the formation of The Granite Mountain Hotshots as they evolve from “training”/handcrew (a support unit) to a full-fledged hotshot crew after passing muster during 2008. Although The Granite Mountain Hotshots contains 20 men, Only the Brave focuses on two, allowing the rest to play supporting roles. They are the Superintendent/team leader, Eric Marsh (Josh Brolin), and his younger protégé, Brendan McDonough (Miles Teller). Although there are familiar elements to their narratives and the dialogue is often cliched, the characters are nicely-rounded, the acting is strong, and the sense of bonding among the men is effective. 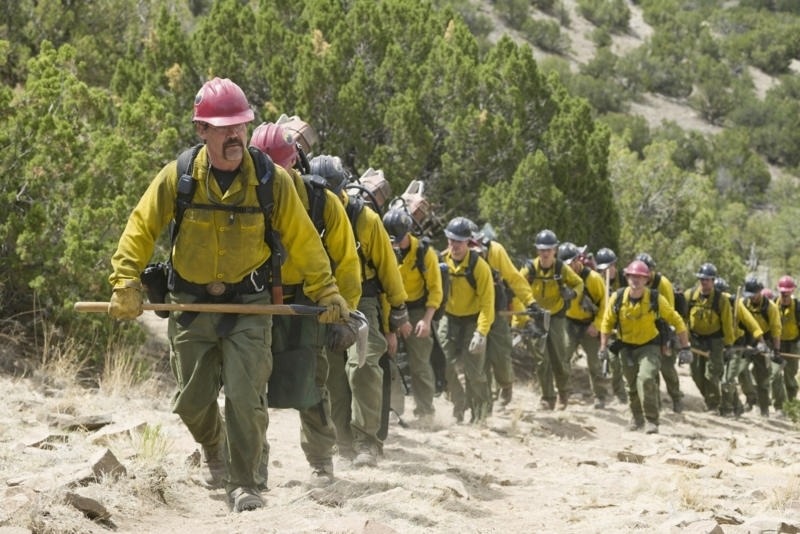 Kosinski, working from a screenplay credited to Ken Nolan and Eric Warren Singer (based on Sean Flynn’s GQ article “No Exit”), brings a strong sense of verisimilitude to the project. Although the movie wasn’t shot in Arizona, most of the locations in New Mexico have a similar landscape. The scenes feature firefighting are both instructive (at least to someone familiar only with how urban fires are extinguished) and effective. If CGI was used (which seems likely considering Kosinski’s background and the scope of depicting a massive forest fire), it was seamlessly incorporated. It’s in movies like this, which feature real characters in historically accurate recreations, where good effects work can give a story a major boost. (And, when done right, it often goes unnoticed.)

Josh Brolin and Miles Teller are the only actors accorded more than perfunctory roles. Brolin’s performance is strong and sure – Eric is calm and cool while on the job but prone to fits of temper and surliness away from it. Teller’s Brendan is on a “redemption road” as he tries to turn around an aimless life so he can be a father to his newborn daughter. Jennifer Connelly (as Eric’s wife), Jeff Bridges (evincing some odd mannerisms as Eric’s boss), James Badge Dale (as Eric’s second-in-command), and Taylor Kitsch (as Chris MacKenzie, one of The Granite Mountain Hotshots) have supporting parts. 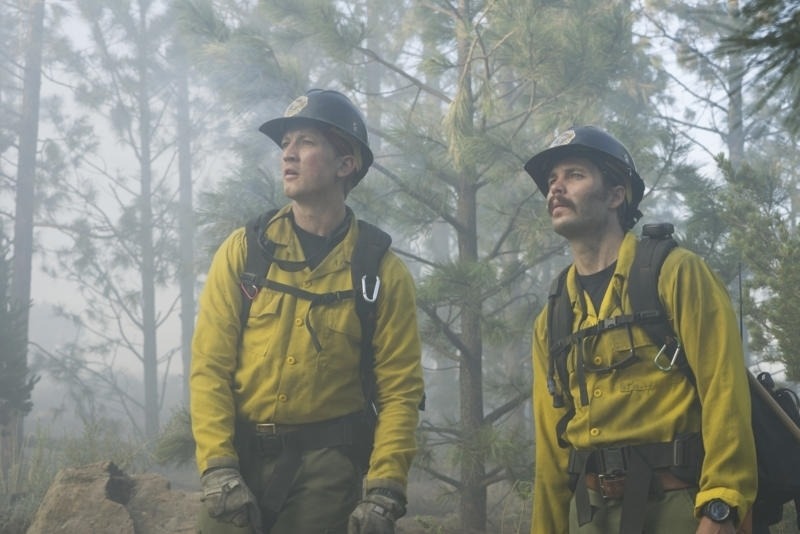 Perhaps the strongest thing to be said about Only the Brave is that it’s about the men, not the flames they fight. The movie resists the temptation to make the forest fires into villains; they are forces of nature – dangerous, devastating, and mercurial, but they are not anthropomorphized in order to make a more conventional storyline. Part of the reason why Only the Brave’s pacing is erratic is because there’s no buildup to a single defining moment. This is instead an episodic story of brotherhood and, although it has an obvious climax and conclusion, it doesn’t spend a majority of the running time escalating to that moment (although there’s plenty of foreshadowing).

In a sad coincidence, this movie is reaching theaters at the height of one of the most devastating wild fire seasons in many years. Columbia Pictures can’t be accused of piggybacking on the news, however – the film’s release date was set many months ago. Nevertheless, awareness is high at the moment and Only the Brave’s ability to show the dangers and methods of firefighters in these situations may give viewers a greater appreciation of the inherent dangers in this line of work (and the importance of heeding evacuation orders). Only the Brave isn’t a dumbed-down corny action film like Firestorm but a serious-minded drama with real characters in believable situations.

A tonal disaster – an awkward and ineffective attempt to blend dark comedy with social commentary.

Sing Street is John Carney’ Valentine to the people and places of his youth.