And the varied and oft-maligned music that defined the 1980s. Carney infuses the familiar framework of the “coming of age” story with songs and whimsy and a touch of romance. A lot of reviews compare Sing Street to The Commitments but the only substantive thing the movies have in common is that they’re about building bands in Ireland. The eras and sensibilities are different and Sing Street, despite a couple of “rough” scenes, has a softer edge than The Commitments. The reason the films are easily connected is because of the paucity of music-focused stories set in the working class neighborhoods of Ireland. 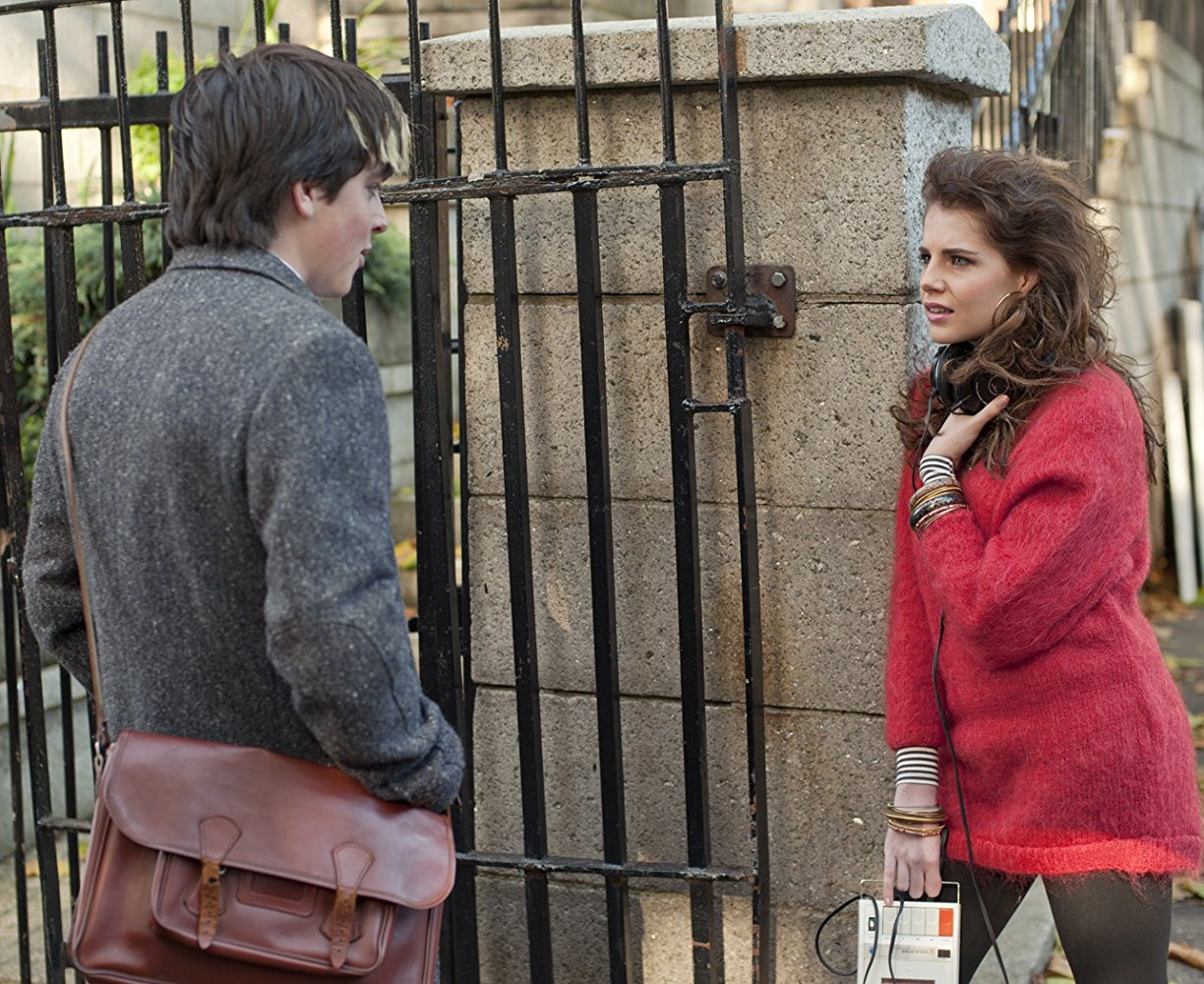 The tagline for Sing Street reads “Boy meets girl, girl unimpressed, boy starts band” and that’s the best one-line description one could provide for the movie. Although there are a couple of scenes designed to wipe away the gauze of nostalgia (one being a violent outburst from an otherwise laid-back character and another involving the forcible removal of makeup), Sing Street exists in a comfortable fantasy-tinged reality that approximates the 1980s. Domestic discord and financial hardship exist in this world but the tone doesn’t approximate that of a Ken Loach film.

The movie transpires in 1985 Dublin. Robert Lawlor (Aidan Gillen), hit hard by an economic downturn that has put a strain on his already uncertain marriage to Penny (Maria Doyle Kennedy), has been forced to take his youngest son, Conor (Ferdia Walsh-Peelo), out of an expensive private school and place him into the state-sponsored Synge Street Christian Brothers School. Conor’s first day at his new place of education doesn’t go well. The principal, Brother Baxter (Don Wycherley), reprimands him for wearing brown shoes (instead of the required black ones) and forces him to go through the day in only his socks. He becomes the target of a bully, the pugnacious-but-dim Barry (Ian Kenny). He makes one friend, the fast-talking Darren (Ben Carolan). The he sees Raphina (Lucy Boynton)…

She’s an older woman (16 years old to Conor’s 15) who lives across the street from the school. Conor is immediately smitten but, when he approaches her, he finds that the interest is not mutual. So, after learning she’s an aspiring model, he asks her if she’s interested in appearing in a music video for a song played by a band he’s putting together. When she agrees, he realizes there’s one problem (but not an unsurmountable one) – he needs musicians. Darren comes to the rescue, introducing Conor to Eamon (Mark McKenna), a guy who can play almost any instrument. Ngig (Percy Chamburuka) is also recruited.

Sing Street, as the band is called, records their first song, “The Riddle of the Model” and, with Raphina’s help, produces a video. As they continue writing and recording songs, their style changes, being influenced by Duran Duran, The Cure, and Hall & Oates. Their clothing and appearance likewise changes, much to the chagrin of Brother Baxter, who forces Conor to wash mascara off his face in one of the movie’s most humiliating scenes.

Sing Street’s fantasy elements – the improbable romance between Conor and Raphina and the escalating sophistication and popularity of Sing Street – are juxtaposed with the harsh realities of inner-city life where jobs are hard to find. Perhaps the most memorable character in the film is Conor’s brother, Brendan (Jack Reynor), who is a font of information when it comes to pop and rock. His advice becomes Conor’s driving force in determining the direction of the band. At times, Brendan is a sage mentor – until he suffers an unexpected meltdown. This scene humanizes the character and emphasizes the unsettled situation in which the family finds itself. 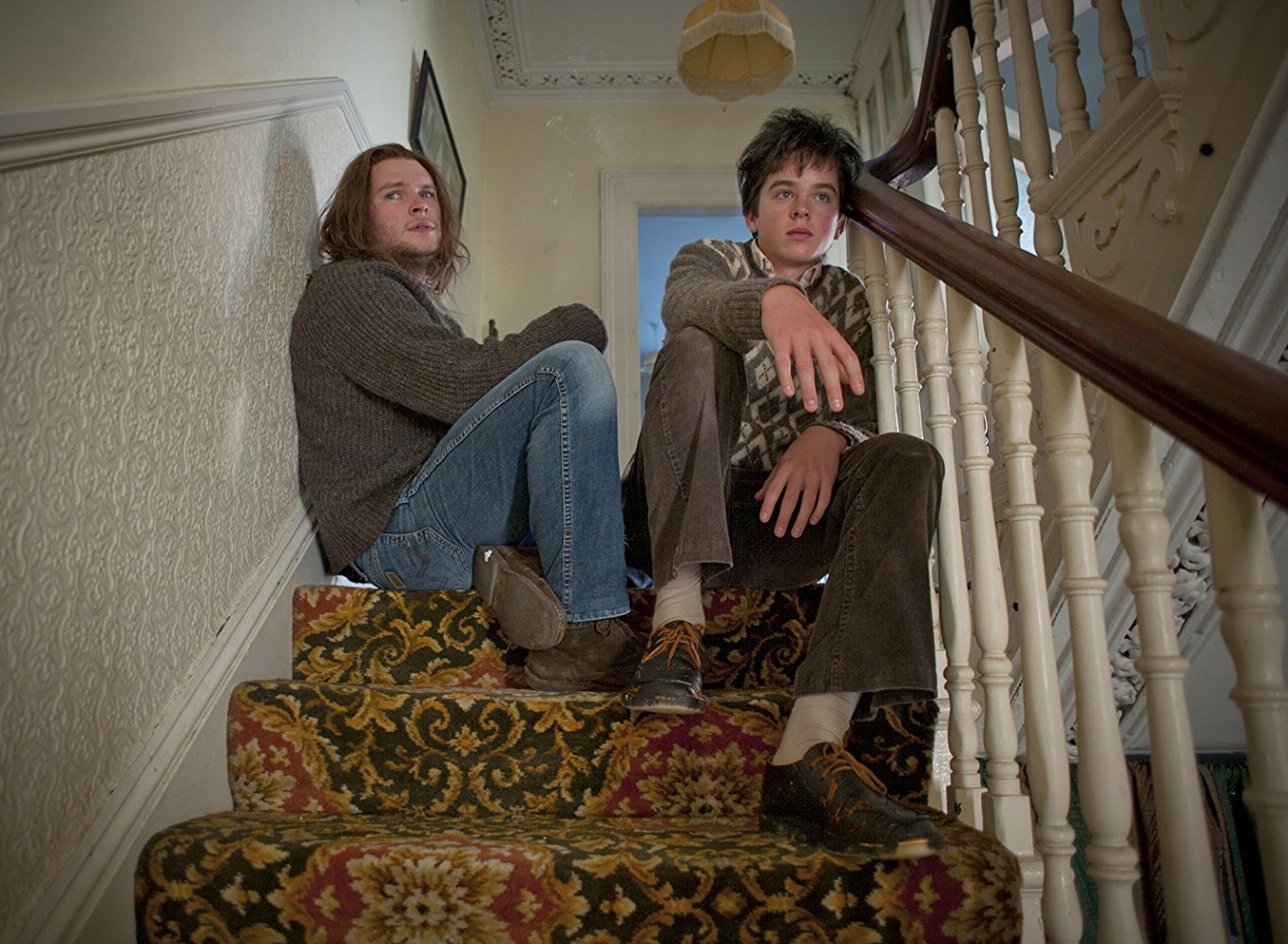 The movie features eight original songs performed by “Sing Street” and primarily written by John Carney, Gary Clark, Graham Henderson, Carl Papenfus, Ken Papenfus and Zamo Riffman. All of the tunes boast an authentic ‘80s sound and at least three (“Up”, “Drive It Like You Stole It”, and “Brown Shoes”) are memorable. One of those (the infectious “Drive It Like You Stole It”) comes complete with a music video-style fantasy sequence guaranteed to bring a smile to the lips of every viewer familiar with the pop culture of the era.

The best-known actors, Maria Doyle Kennedy and Aidan Gillen, have the least to do. Gillen plays the smooth-talking, not-always-above-board cad and Kennedy’s character could best be described as long-suffering. Lead actor Ferdia Walsh-Peelo is likeable and has a better-than-passable voice and he and Lucy Boynton evidence strong chemistry. For my money, however, the scene-stealer is Jack Reynor, whose performance recalls that of a young Seth Rogen.

Carney has designed Sing Street as a feel-good ode to the place where he grew up and the music he loved as an adolescent. There is a strong autobiographical aspect to the story but the truths of the director’s life are interspersed with modern fairy tale elements – especially the “happily ever after” final scene. Although the main arc of the story – the coming-of-age aspect – is familiar, the key to Sing Street’s success is that the rhythms are fresh and lively and there’s a sincerity in the way the characters are presented. It’s a small gem that deserves to be discovered and savored as one of 2016’s most uplifting foreign films.

Although probably a little too long, the film succeeds in being both emotionally forceful and dramatically satisfying.

A tonal disaster – an awkward and ineffective attempt to blend dark comedy with social commentary.