SFL AROUND THE WORLD – APRIL

Have a look at a video summary first:

Charter Teams: Just a day before his year’s Asia Liberty Forum in Jakarta, organized by the Atlas network, SFL Indonesia hosted a leadership forum the day before. Besides our local volunteers, it also featured guests from Nepal, Afghanistan, Germany and the United States. One of the absolute highlights was the appearance of Khalid Ramizy, who talked about his ongoing struggle for liberty and peace in a country devastated by the Taliban. The evening keynote, held by famed Silicon Valley entrepreneur John Chisholm, was equally inspiring.

During the abovementioned Liberty Forum, several of SFL leaders also took it to the stage, participating in the Think Tank Shark Tank Award Competition, an opportunity to win a seed grant for one of their projects. More and more, SFL is becoming a force to reckon with in Asia’s civil society movement.

This March Charter Teams were also hosting a multi-day academic seminar under the banner of “Austrian Economics and Public Choice Theory – Friends or Foes?” with 20 students enjoying the discussions and thought-provoking presentations provided by Tom Palmer, Cris Lingle, and Carmelo Ferlito.

More is to come next month in both Bandung and Jakarta in Indonesia, as well as Singapore, and the Philippines. Stay tuned for an entire “Liberty Month”! 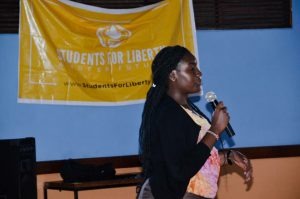 Held on Saturday, 24th March 2018 at the Little Theatre of University of Malawi’s main college campus, the Chancellor College in Zomba, the event brought together 43 students and recent graduates. The event which was hosted in partnership with the Centre for Free Market Enterprise was organized with the aim to revamp SFL activities in Malawi which had been dormant since the successful hosting of ASFL Southern African Regional Conference in May 2015. Similarly, on the 1st of March at Windy Lodge, Winneba Ghana, 60 students gathered for this year’s Leadership Forum in Ghana. 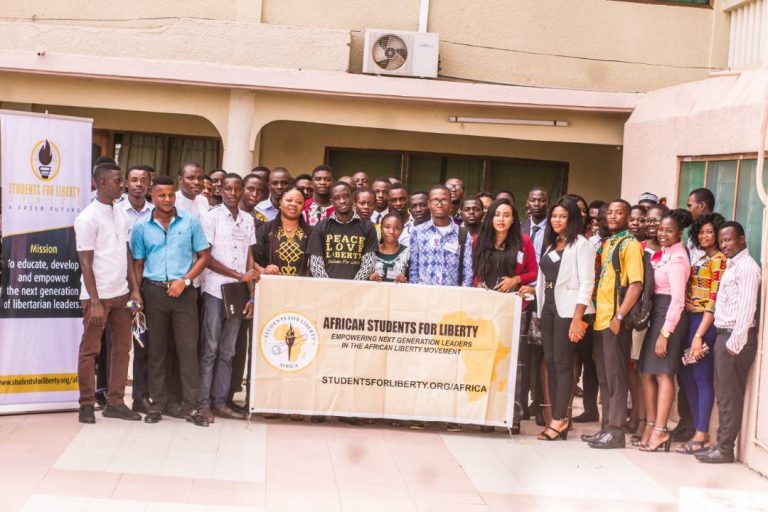 Freedom & Christianity Project in Nigeria: Christian youths gathered in Owerri, the Imo State capital, to discuss how Nigeria can achieve economic prosperity. It was at a symposium co-hosted with Global African Christian For Liberty Initiative, a think-tank promoting the idea of liberty and economic freedom. No fewer than 70 youths from various tertiary institutions gathered for the event, which featured lectures and interactive session.

Leadership Seminar Series in Rwanda & Burundi: The Leadership Series event organized by SFL Great Lakes gathered students from all over Africa to discuss how can young people fight for freedom and promote classical liberal ideas to eradicate the barriers to prosperity and opportunities. 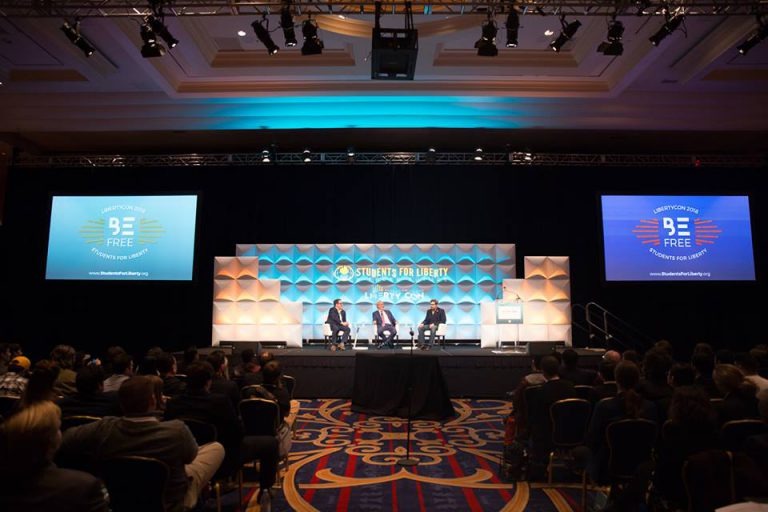 The biggest event of the year flashed on the first weekend of March in DC! Hosted on March 2-4, 2018 in Washington D.C., LibertyCon was an opportunity for more than 1300 members of the pro-liberty community to come together and find the inspiration to continue their fight for the ideas of free markets and individual liberty. While the brutal weather caused some travel difficulties, that certainly didn’t dampen the electric atmosphere inside the Marriott Wardman Park!

Dozens of speakers and partner organizations made the conference a huge success and provided countless hours of fascinating discussions on leading the fight for a freer future.

LibertyCon 2018 was seen in various media outlets including C-Span, The Washington Times, Circa, Reason, and many others!

Belarus: On Monday, April 2nd Legalize Belarus activists stood up in front of the House of Government with the “Decriminalization 328” inscription to raise awareness on the drug policy issue. This action was dedicated to the beginning of Parliament session. On the following day 3 activists, including our local coordinator Piotr Markiełaŭwere detained and Piotr was sentenced to a 250€ fine.

United Kingdom: This March Glasgow University Students For Liberty invited Markus Meechan (better known as Count Dankula) to share his experience after having been sued for posting a comedic video on YouTube. The focus of the event was on the limits of free speech and the importance of freedom of expression in comedy, and it consisted of a presentation from Markus followed by questions from over 50 attendees and an open discussion about the topic.

LibertyCon Europe 2018: The biggest European wide event – LibertyCon – kicked off on April 13-15 in Belgrade, Serbia, gathering over 750 students from all over Europe to discuss the ideas of liberty under the motto of #ExpressYourself, covering the freedom of expression in technology, art, personal life and beyond. The three-day event encompassing two days of intense keynote lectures and workshops following up with the Sunday Liberty Picnic was a terrific success. Along with the outstanding speakers such as Deirdre McCloskey, David Friedman, Jamie Bartlett, Matt Kibbe and Patrik Schumacher, students also enjoyed great Serbian parties accompanied by Kišobran and the beauty of the Belgrade itself. Having also our amazing partners such as Free The People, Atlas Network and Consumer Choice Center made this conference an one of a kind experience for both attendees, speakers and partners, and Students For Liberty Leaders who got inspired and recharged to bring about change to their communities and their regions and promote liberty to the world. 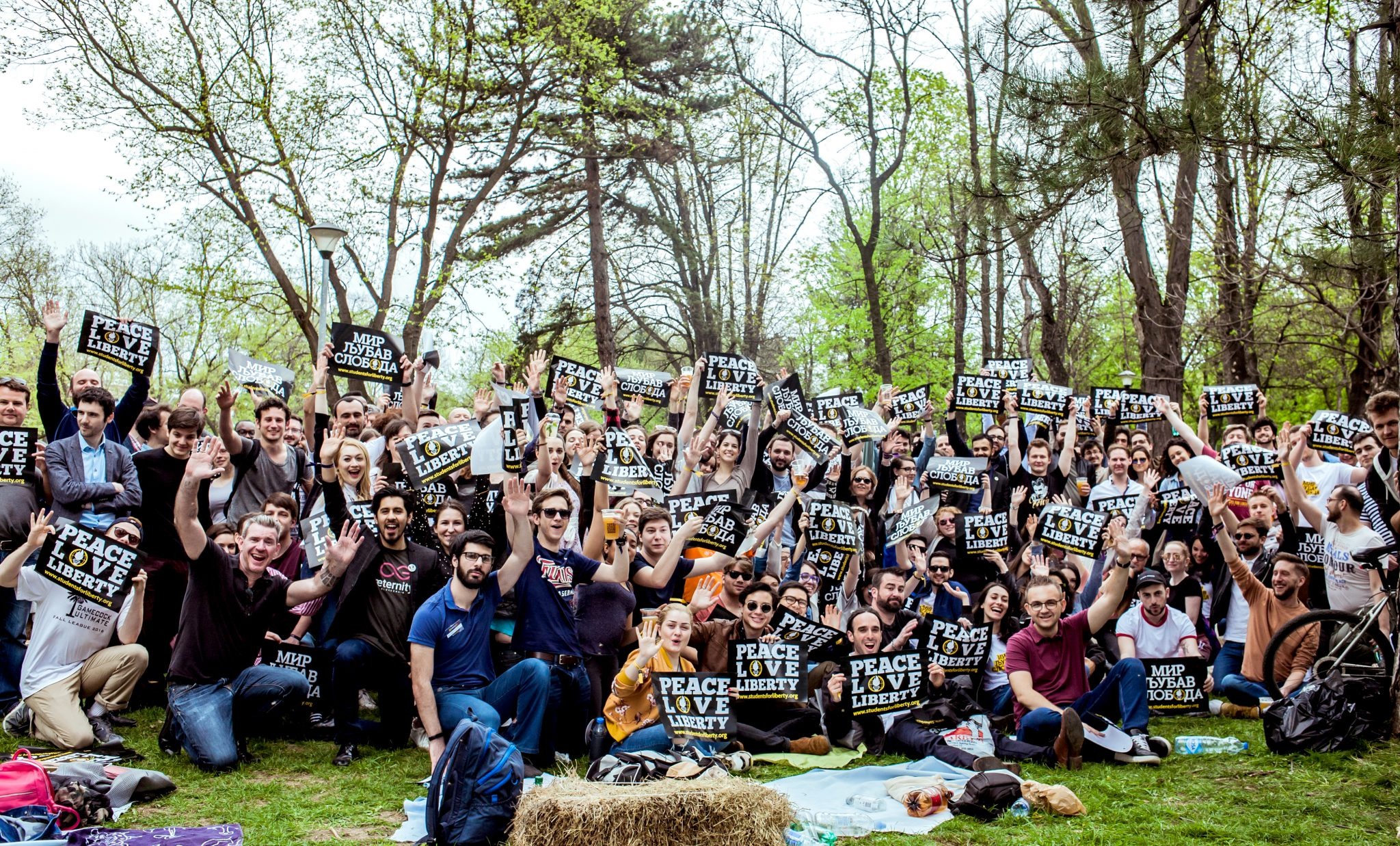 AOC and Mother Jones Are Wrong About LibertyCon

LibertyCon, Students For Liberty’s annual event in Washington, D.C. is an environment which values open-debate.

Why Hayek Isn't a Conservative

A concise summary of Hayek's essay "Why I'm Not a Conservative"

A Day In The Life of Christina Walsh, IJ’s Director of Activism and Coalitions

Discover what being an activist at IJ entails, and the opportunities available in the world of activism.

Learn Liberty is a video channel that addresses questions about how individuals can improve the world.

The late Harold Demsetz was a brilliant economist. This SFL blog post introduces his concept of the nirvana fallacy.

Students For Liberty is excited to announce a new partnership with the Washington Times for LibertyCon 2019!

A Conversation about Politics with Tim Penny

The United States armed a genocide from 1975-1979. What lessons should we draw from it?