I’M ALREADY AGAINST THE NEXT WAR: SYRIA

Many have taken a step back from anti-war activism for the past couple years. We need your help now. With the recent missile strikes on Syrian military bases, war rears its ugly head for the United States again. Let it not be said that we did nothing to fight against further aggression!

In addition to humanitarian concerns associated with further escalating the violence in Syria, there is the issue of Constitutionality with regard to such strikes. Military intervention requires Congressional approval and, though presidents haven’t paid this much mind for years now, it’s an important issue for all Americans to consider.

We need your help on campus. Student activism has always been an important outlet and front against U.S. war efforts, and there is no reason that should stop now. On campus, you should be fighting against the next war.

Here are a few recommendations:

1.Table or demonstrate on campus and take pictures of student support:

2.Make medicine, not war (or anything but war):

3.Host a movie screening with a discussion after. Some movie suggestions: 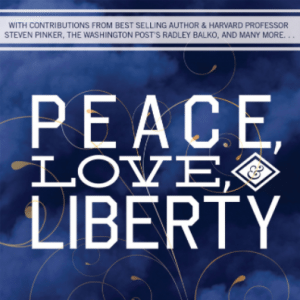 These are just a few ideas to get you started. If you think of any others or if you do any anti-war activism on campus, I would love to hear about it. Please email me about it at j**knetemann@studentsforliberty.org.**

I, also, would love to see pictures! Send those to the above address as well. Remember, let it not be said that we did nothing! Lives, American and Syrian, are at risk!