By David Berry: Canelo vs. Golovkin is tomorrow night (yes, finally!) And I don't know how long you've been a fight fan, where you get your news regarding the sport's biggest bouts, or where your personal preference for entertainment intersects with your passion for pugilism. But hey, I know a damn good boxing Twitter account when I see it.

And that's particularly important in these final fight moments, but especially critical on fight night. Who's going to deliver the best non-HBO-directed commentary? Who will dissect a fight in a way that perhaps you hadn't considered? And who's going to make you laugh hysterically throughout it all? See below for our recommendation on the five must-follow Twitter accounts.

5. Douglass Fischer (@dougiefischer): Fischer is the editor of RingTV.com. If that weren't enough credibility on its own, he's extremely active on Twitter, as well, even during fights. Fischer provides a great blend of play-by-play in real-time and he's got a sense of humor too.

4. Scott Christ (@badlefthook): Somehow, the managing editor of Bad Left Hook isn't one of the better-known boxing writers on Twitter, at least on his personal account. But on the Bad Left Hook official account, pound-for-pound, there is no one more active in a play-by-play environment on fight night. If for whatever reason you can't watch the fight - and you better have a real good excuse, then BLH is an account you'll want to keep your eye on.

3. Brian Campbell (@BCampbellCBS): Campbell is an MMA, boxing and professional wrestling writer (yep, all three) for CBS Sports. Among boxing writers, he's perhaps the most well-rounded. Campbell isn't a aggrandizing show pony. He shares his point of view, but he also routinely interacts with a number of others within the boxing writer's fraternity - and fans too. Campbell has it all - podcasts, videos, articles, memes and images of his own personal experiences too. And who knows, he might even retweet you!

2. Yours Truly, David Berry (@iamdavidberry): Come on, you didn't think I could put together a list like this and not include myself, did you? Here's the thing - I'm not the most active guy in the world on Twitter, but being that this will be my first fight in Las Vegas (I've been to dozens in New York, New Jersey, Texas, Florida and elsewhere), you'll get not only a first-timer's perspective, but odds are I'll show you all of Canelo vs. GGG in the same way you'd be seeing it for the first time.

1. James Bagg, Jr. (@jamesbaggjr): If you haven't yet stopped whatever it is that you're doing right now to follow the above accounts, follow this one. Bagg isn't a boxing writer, but if there's a kingdom of social commentary on the state of boxing's characters, Bagg is its undisputed king. He's also the master of the subtweet, and has hilariously trolled everyone from Ray Pop (if that name means nothing to you, it will soon) to the illustrious Al Bernstein. Hell, Canelo vs. GGG could somehow turn in to a stinker, and Bagg will have you laughing to the verge of tears anyway. Worth $79.99, if you ask me. 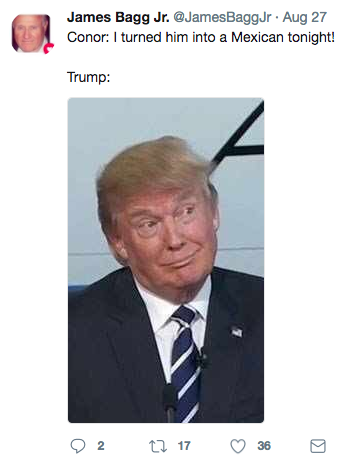 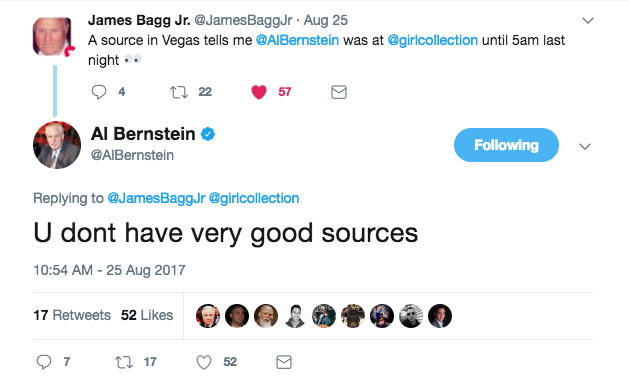 Check back later today for our official prediction for Canelo vs. GGG, and follow David on Twitter @iamdavidberry for his first-person experience at the weigh-ins and more, all live from Las Vegas!