By David Berry: Since his career began in 2004, four-division world champion and Puerto Rican boxing star Miguel Cotto (40-5, 33KO) has ascended to the rarified air of his sport. He's arguably boxing's biggest attraction in the past 10 years not named Floyd Mayweather or Manny Pacquiao, plus he's fighting for a chance to win his sixth major title (WBO super welterweight title) on Saturday, August 26.

And the world doesn't know it.

Cotto signed on to fight lightly-regarded, but hard-hitting Yoshihiro Kamegai (27-3-2, 24KO) several weeks before another fight was signed for the same night. Typically, dueling fight cards are a norm in present-day boxing. But it just so happened that this dueling fight card features the mega event of Mayweather vs. McGregor, a fight that threatens to set the all-time mark for PPV buys, a record set at 4.6 million in 2015 when Mayweather defeated Pacquiao by unanimous decision in Las Vegas.

For his part, Cotto, ever the businessman, seems undeterred by the seemingly high chance that many fans may tune his fight out altogether.

“I arrived here in L.A. at the beginning of July to start my training time,” Cotto said Monday. “I’ve only come here with one thing on my mind, and that’s just getting ready for Kamegai. And I’ve been doing a great job here in L.A., and I have no time and no space in my mind to think about another thing, you know?"

Those who do choose to tune in are likely in for a treat - and they may get to enjoy the main event even before Mayweather and McGregor enter the ring, anyway. 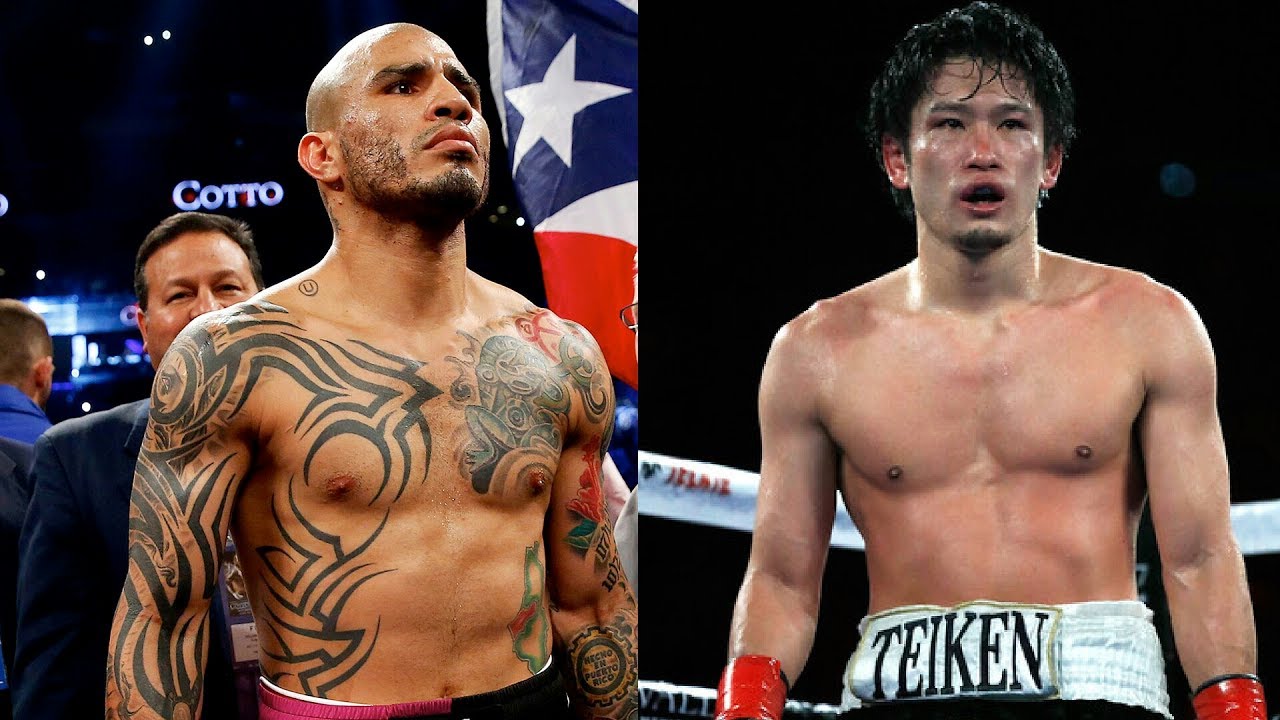 Kamegai, for his part, is a blood-thirsty fan's dream. Plus, he's a suitable dance partner for Cotto, who will be entering the ring after 19 months out of the ring. Kamegai is an underrated, if somewhat crude boxer, but his come-forward style, thudding power and relentlessness made him a fight of the year candidate against the likes of Robert Guerrero and Jesus Soto Karass.

In some fundamental ways, he's a lesser version of Antonio Margarito, who notoriously handed Cotto his first loss back in July 2008 (a loss which Cotto avenged in December 2011).

On paper, he's there as a showcase opponent, but Kamegai should have enough gas in the tank to find out just how much of it is left in Cotto's. The odds favor Cotto (-450 according to Bovada), and even in the case of victory, Cotto figures to go through some tough moments to walk out with the W.

Cotto has been adamant that 2017 will be his last year in the sport, with a swan song bout tentatively scheduled for December. But if he looks to close out his career on his own terms, he'll need to win convincingly.

"I think that 16 years is enough, and I have other things to do in my life," said Cotto. "You know, I’m taking care of my family better, and that is the biggest and only reason that I have to stop boxing and quit boxing and retire after December 31 this year."

Kamegai, for his part, will do all he can to ensure that Cotto's last fight comes much sooner.