Erinne Paisley just graduated Reynolds Secondary School in Victoria, British Columbia, but instead of spending money on a new dress, she made one. But this isn’t your typical dress; Erinne crafted it from her old calculus homework, ribbon, and lots of scotch tape. For the final detail, she emblazoned it with the message, “I’ve received my education. Not every woman has that right. Malala.org.” And that’s just the start of Erinne’s awesomeness. 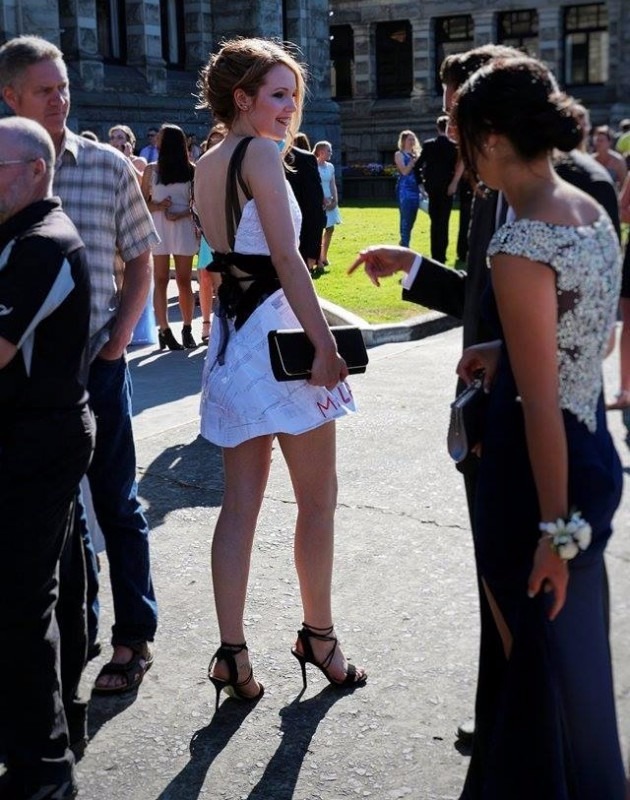 In an email, Erinne told WYSK, “I chose to create this dress with this message because over 62 million girls around the world live without access to a secondary education. I had just completed mine and wanted to bring attention to this fact, and support the Malala Fund and their initiatives to eradicate this global problem.” She added, “I was very nervous about the overall response, but I knew it was something I had to do.”

Well, the response has been phenomenal. In just one day, the auction, which is running through the month of June, has raised $550, and the philanthropic dressmaker’s efforts have been been featured on the Malala Fund blog. But what truly sent Erinne over the moon was learning that Malala herself has seen everything she has put in motion on behalf of girls’ education.

So what’s next for this inspiring, can-do young woman? Erinne is heading to the University of Toronto in the fall to study International Relations as one of eleven U of T National Scholars across Canada. She plans to continue changing the world, and we expect she will do just that.

After nine years on the job, SWE archivist Troy Eller English knows a thing or two about the Society’s history and archives, and she loves to share it.